Renault has introduced an upgraded Formula 1 power unit for this weekend's Singapore Grand Prix, but Red Bull's Max Verstappen is the only recipient

The French manufacturer has spent three engine development tokens on what managing director Cyril Abiteboul has stated will be the final update of this season.

Abiteboul has also confirmed Total is supplying new fuel, with all four Renault-powered drivers benefiting from that.

Only one upgraded engine was completed in time for Singapore, with Verstappen getting the nod.

Asked why Verstappen had received the engine upgrade over Red Bull team-mate Daniel Ricciardo and works Renault team drivers Kevin Magnussen and Jolyon Palmer, Abiteboul told Autosport: "There is no tactic, no strategy, no preference.

"We like Max, but it is just the natural way of managing the engine pool.

"This weekend it was the plan to introduce a new engine for Max, so he is the one enjoying the improvement of the engine through the utilisation of three tokens.

"All the engines will benefit from the new fuel developed with Total, and we are very happy with that positive development.

Verstappen is out of sync with the other Renault drivers on engine usage this year as the upgraded unit is only his fourth of the season, whereas the other three will be moving onto their fifth when they change. 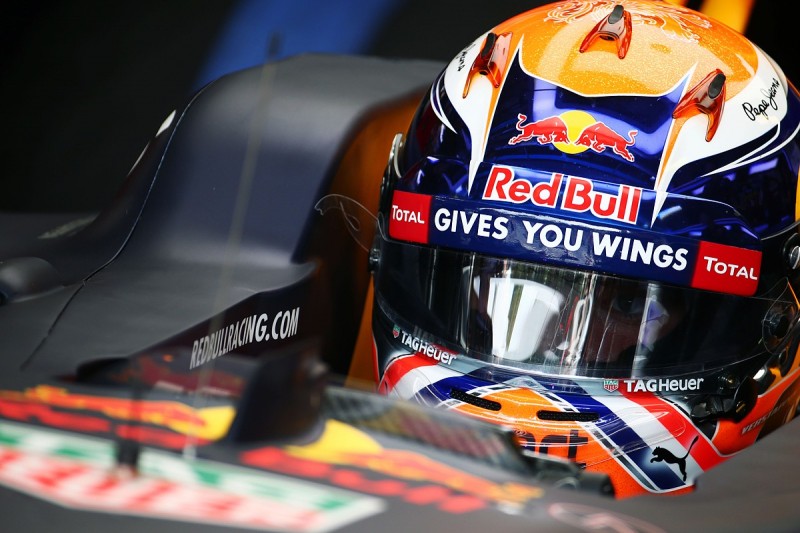 The Dutchman's car effectively missed two races when driven by Daniil Kvyat due to his pre-race electrical problem in Australia and first-lap crash in Russia so has been lower on engine mileage.

Verstappen had to wait an extra race for a previous Renault upgrade when Ricciardo was given first call on it for Monaco four months ago.

Abiteboul suggested that at a circuit such as this weekend's Marina Bay street track, Verstappen's lap time gain should be 0.1-0.2 seconds, with a further improvement at quicker tracks.

"I don't want to go into the details of what has been changed, and that's one of the beauties of the tokens because with this process we don't have to document what we are changing. We'll keep that for us," he added.

"But it's in area that is providing more power, so we expect an extra gain from that development.

"It is also being introduced to test and learn some concepts for next year, which are all looking fairly positive."

Total, meanwhile, claims its latest fuel will provide a "measureable performance increase" of "more than 1%", and will also help "ensure greater protection against engine knocks".