The Dutchman's day appeared to end on a disappointing note when he toured back to the pits at the end of FP2, having recovered from a crash in the first session to post the third-quickest time of the day.

But speaking to the media after the session, Verstappen said the problem was nothing to worry about.

"We thought we had an issue, but they found out it was a faulty sensor, so nothing to worry about," he said. "All good."

Verstappen said he did not have a specific explanation for his crash in FP1, but he was pleased to recover and get a lot of work done when he joined the action late in the second session once his car was repaired. 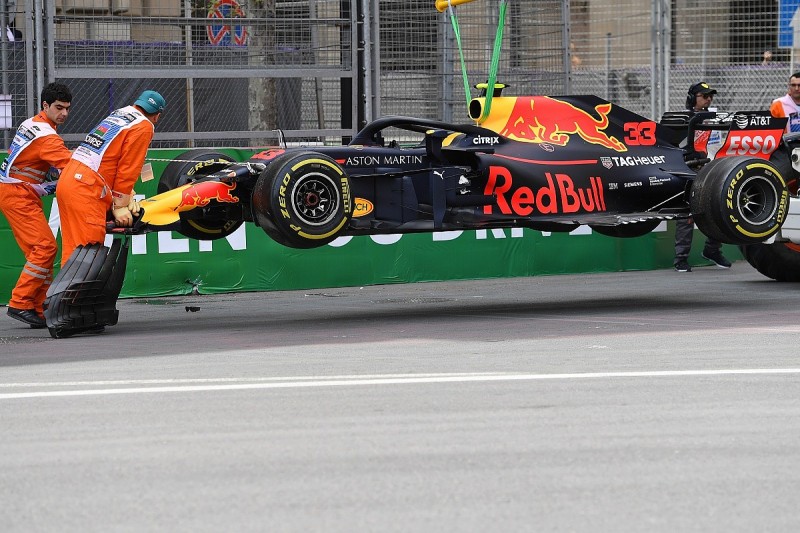 "It was a bit more windy, but I don't know, I lost the rear, spun, of course hit the wall," he said.

"It was a shame. It was a bit slippery at the start. I couldn't catch the car and hit the wall.

"You just have to feel your way into the track because it was very dusty and slippery, as I found out.

"Luckily it didn't affect us too much in the second practice, so I'm quite happy.

"The mechanics did a great job to repair the car, and in second practice we did most of the programme."

With team-mate Daniel Ricciardo setting the pace as Red Bull took first and third in FP2, Verstappen said the team is in good shape but it is prepared for Ferrari and Mercedes to mount a more serious challenge when qualifying takes place.

"We look quick," he said. "Of course you want to improve, and we know that in qualifying they have this power mode, so they will be even closer.

"But on the other hand, we still have a bit as well, and this track is a lot about confidence, so if you really feel good in the car, you can get a bit of lap time as well.

"On short runs I'm still fine-tuning a bit what I lost in first practice but in the long runs I think we were very competitive."