Vettel complained over his team radio during the British Grand Prix that Verstappen was moving under braking as they battled for third place in the opening stages of the Silverstone race.

Afterwards Vettel described his Red Bull rival as "a bit jumpy" when defending a position.

But Verstappen says Vettel's recent behaviour, including the clash with Lewis Hamilton behind the safety car in the Azerbaijan GP that took him to nine penalty points, means he need not be listened to.

"I don't take that seriously," said Verstappen when asked about Vettel's comments.

"Especially not after all the things he did. If you look at the penalty points that he's got...

"The fight with Sebastian was good. It was hard but fair, I think.

"That little bit of contact maybe not, but for the rest everything was OK." 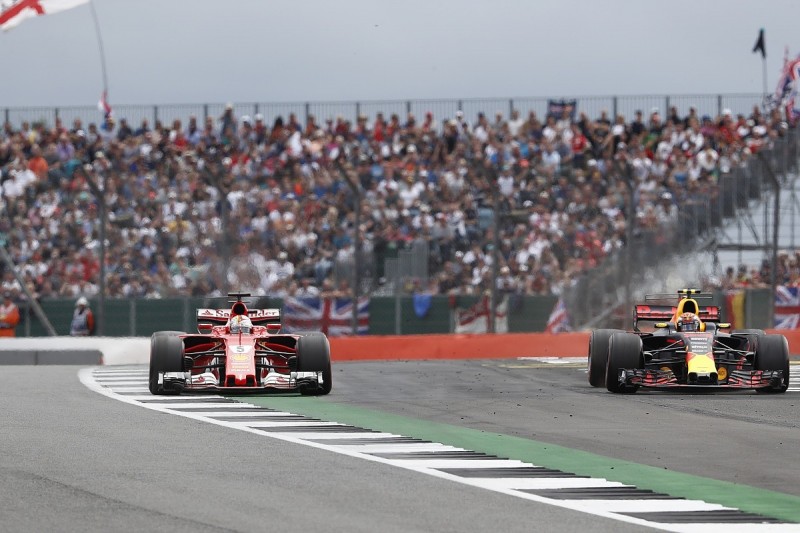 Verstappen's hopes of a podium finish at Silverstone were dashed by him needing to make a late pitstop for fresh rubber, after hitting the same tyre troubles that affected Vettel and Kimi Raikkonen.

Though that ostensibly cost Verstappen third place, he suspected Raikkonen would have repassed him anyway had he stayed out.

"The thing is that you would have ended up one or two seconds in front of him , while he is on new tyres," said Verstappen.

"So you would have never been able to keep that position."

Red Bull was disappointed with its pace at Silverstone, with Verstappen feeling the upgrades planned to arrive for the next race at the Hungaroring will be crucial.

"We were still too slow, of course, but I think we did the maximum," he said.

"I think it was positive. We scored points. And now we need to improve the car."

Asked for his expectations for Hungary, Verstappen said: "Hard to say. We get a lot of updates, so we need to see how these work. We shall see."