The Belgian Grand Prix is set for its biggest crowd since the Michael Schumacher era, with Max Verstappen's popularity in Formula 1 the main cause

For the first time since Schumacher's glory years with Ferrari, Spa has sold out all grandstand seats, and only has general admittance tickets left for Friday and Saturday.

Belgian GP promoter Andre Maes said that predictions are for a sell-out crowd of more than 250,000 for the weekend, something that has not happened since 2001.

"It's correct that all the grandstand seats are sold out. Not just for Sunday, but for the entire weekend," Maes told Autosport.

"At the request of the authorities, and for security reasons, we are forced to limit the amount of tickets sold.

"This number we have practically already reached, with over 260,000 spectators likely across the three days."

Belgium's ticket sales have been helped by the absence of the German GP from the calendar this year and Stoffel Vandoorne's arrival in F1, although Maes says the impact of Verstappen is much bigger.

Last year many grandstands turned orange with an estimated 25,000 Dutch fans flocking to the race to cheer on the Red Bull star.

"The Max Verstappen effect continues to be a reality. It's far more important for us than the disappearance of the German Grand Prix," Maes added. 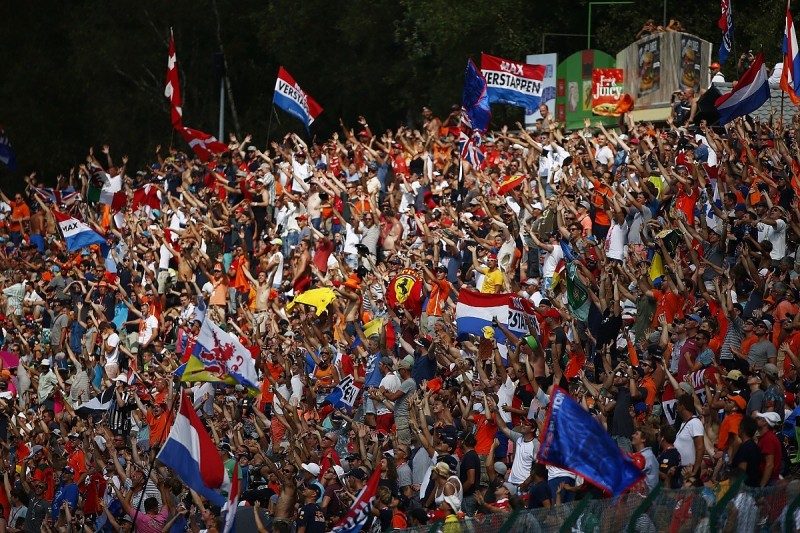 The 2017 Belgian Grand Prix is the 50th edition held at Spa-Francorchamps, and the organisers are working hard to improve the spectacle of the event for spectators.

Part of the new on and off track entertainment includes a demo run of the 1992 Benetton B192, which Michael Schumacher drove to his first of a record six wins at the venue, while an increased fan zone with "two-to-three times the number of attractions compared to previous years" will also be on site.

According to Belgian business newspaper L'Echo, the deficit grew because of increased security measures and a contractual hike of the race fee, which grew by €4million due to a strengthening dollar.

Since 2007 the difference is paid every year by the regional government of Wallonia. A study by audit firm Deloitte revealed the economic benefits of the race are north of €27million.

Autosport understands the organisers have started early talks with Formula 1 on a new contract as the current deal runs out after the 2018 race, although Maes declined to go into further detail.

Asked about the state of talks, he said: "Our relations with Liberty Media are excellent."

Does Mercedes now have the edge over Ferrari in F1 title race?