This week's confirmation that the FIA would insist on the halo being adopted as the cockpit protection solution for 2018, despite only one team being in favour, has caused a huge backlash from fans and commentators.

Lauda, whose Mercedes team first developed the concept, thinks it would have been better to hold fire and perfect alternative solutions that were more appealing.

"We tested the halo, the Red Bull aeroscreen and the shield as a cockpit protection, but none convinced 100%," Lauda told German publication Auto Motor und Sport.

"You have to make the right decision in such a situation. The halo is the wrong one."

Lauda thinks that the timing of the FIA's decision is especially poor, because F1 had just embarked on an overhaul of regulations to make cars look better in a bid to attract new fans. He views the arrival of the halo as a backwards step.

"We are trying hard with faster cars and getting closer to the spectators to attract new fans to the sport," he said.

"But this now is destroyed by an over-reaction." 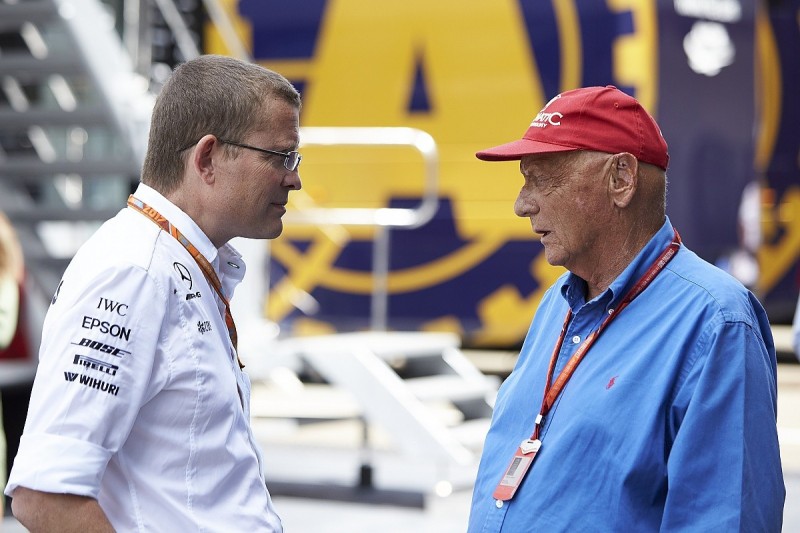 Lauda's belief is that F1 is already exceptionally safe, and that it would have been wiser to have waited to find a perfect solution than impose something that is not universally supported.

"The halo destroys the DNA of an F1 car," he continued.

"The FIA has made F1 as safe as it gets.

"Also the danger of flying wheels is largely eliminated, because the wheels are always more firmly attached.

"The risk to the drivers has become minimal.

"There is 100% a better solution than the halo. Otherwise we would not have tried three ideas.

"It would have been more sensible to go in the direction that if we find something that does not destroy the looks of the car, that it be introduced in 2019.

"It's as simple as that. There is no reason to do something we will regret later."