Red Bull has started the 2017 F1 season adrift of the championship battle between Ferrari and Mercedes, and while it has accepted that its chassis was not good enough at the beginning of the year, it believes it is making significant progress with its car.

That places more attention on its Renault power unit, which the team believes continues to hold it back.

Renault has said there will be no big upgrade at any time during 2017, instead promising "constant improvements which overall will make a difference", but Verstappen is unsure that will be enough.

"You can see that the car has improved a lot, but now the power has to arrive as well.

"But this year nothing is coming, as you've probably read. So I'm concerned about that.

"They did promise this, but in the end little has arrived in terms of updates this year.

"That's very disappointing. And I'm concerned about next year.

"This year we wanted to go for the title, as a team, but we are far away from that." 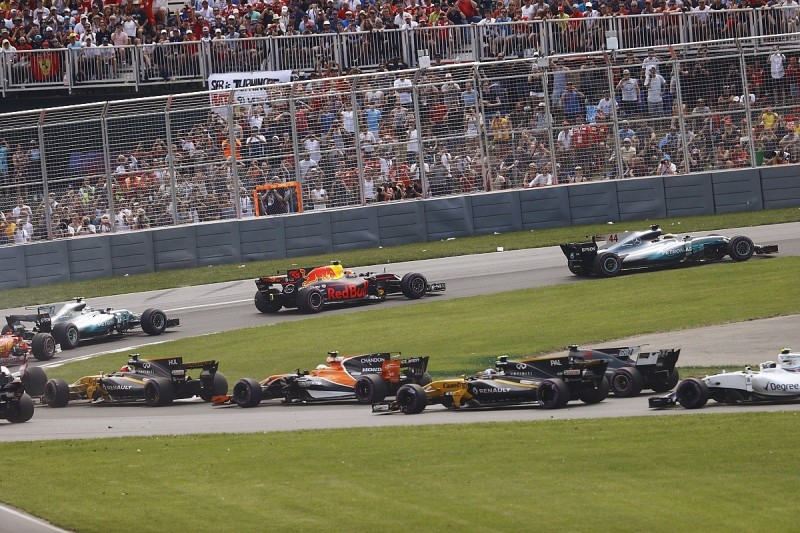 Verstappen told Dutch media "the whole season has been crap" after he retired while running second in the Canadian Grand Prix, where he was just starting to get into a rhythm as race leader Lewis Hamilton pulled away.

"After five, six laps you could see clearly that Lewis was faster," he added.

"I just wanted to focus on my own race, as I was pulling away from those behind me as well.

"After 10 laps you get into some sort of 'robot mode' and you just do your thing.

"But two laps down the road everything stopped working.

"These things happen, but of course, you don't want it to happen now anymore, so they need to work on this.

"Everything is supposed to work. You have to be able to make it to the finish."