Marko: Red Bull F1 decision on Albon due "before Christmas"

Incumbent Alex Albon, who is in competition for the drive with Sergio Perez, was given until the end of the season to prove his case, with the team ruling out a final decision on its 2021 driver line-up until the end of this season.

In the Abu Dhabi Grand Prix, Albon had a strong run from fifth on the grid to fourth place at the flag, and finished just behind F1 world champion Lewis Hamilton.

"It was one of his best races," Marko told Autosport. "Still, we will think it over and make our decision, before Christmas.

"We have to go through all the data. There are so many things we have to look at."

"So Alex had probably his strongest race weekend actually this weekend, which is encouraging for him, but we now have a full picture of the season. And we'll make that decision in the coming days.

"Obviously we have a huge amount of data now. We have all the knowledge across the various circuits that we've done, and we'll sit down and obviously go through that and come to the right conclusion." 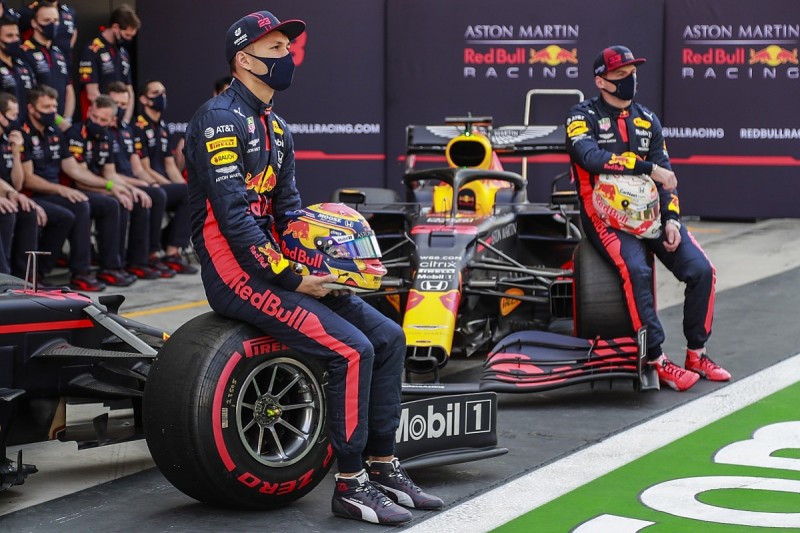 Horner indicated that in Abu Dhabi Albon did what was required, which was to make life harder for Mercedes by ensuring that two Red Bulls were in the fight at the front of the field.

"It is certainly what we were expecting to see," he said. "Because the only way that you can put Mercedes under pressure is if, for example, they had split their strategy we could have been very exposed. And certainly at the end of the race Alex was able to close on them.

"He obviously lost a bit of ground at the beginning of the stint after the safety car, once he was changed on to the same strategy to the end of the race. But I think Alex has driven a good race, and he's had a solid weekend."

10 things we learned from the Abu Dhabi Grand Prix

The developments that hint at 2021's F1 designs