After 34 years with McLaren, then sporting director Ryan paid the price for the lying controversy that engulfed Lewis Hamilton and the F1 team following the 2009 Australian Grand Prix.

Ryan concedes there was initial scepticism after receiving a call from Bob Bell, who spent six months with Manor in 2015 as a technical consultant, before deciding the time was right to return.

"To be honest I was pretty busy doing my own stuff," he said.

"I wasn't at all sure about it, but he [Bell] called me again, I got talking to him, and then I met [owner] Stephen [Fitzpatrick].

"I kind of liked what I saw. Compared to what I had before, or where I came from, it's like two extremes.

"At first it was like a big breath, but the more you think about it, the more you get involved with it, and you think it could be quite fun, a really great story."

"I did miss some aspects of it, some not, but then I was pretty busy doing my own thing, so you tend to get consumed by what you are doing, although I kept aware of what people were doing."

Ryan has confirmed receiving a number of goodwill messages following his return, and when asked whether he had any reservations, said: "What happened, happened.

"It was a long time ago. I've a completely clear conscience about what happened, and it didn't enter my mind for a second because there wasn't anything to think about on that side of things."

It remains to be seen whether a revamped Manor, now with a Mercedes power unit and Williams transmission, can compete alongside a McLaren team that struggled last year with Honda.

"Let's be honest, McLaren is a bit of a sleeping giant at the moment," Ryan said.

"They haven't had a good few years, and last year was particularly difficult I would say, but they've the potential to get it right.

"They're hurting, but if they get it right they will be right back up at the sharp end. They've a huge number of very clever people. 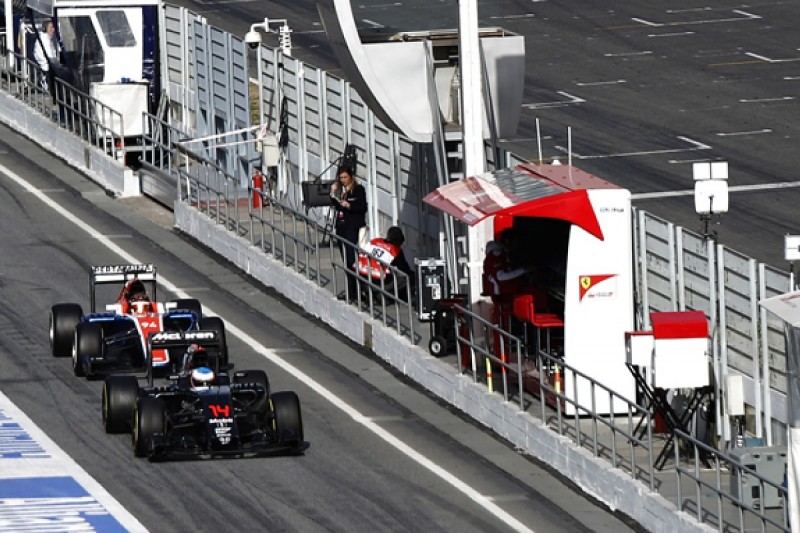