The pair were battling for 13th place on lap 49 of the season finale when Ocon attempted to go around the outside of Wehrlein at Turn 11, the pair making light contact and both going off track.

Ocon gained the advantage as they rejoined after missing the second part of the left/right/left combination, and went on to finish 13th ahead of his team-mate.

"I was on a different strategy and had more pace at the end," said Ocon.

"I went to the outside but he didn't leave any space, so we collided and I had to go off track.

"All the overtakes I did someone crashed into me, [Kevin] Magnussen crashed into me at the start, then [Felipe] Nasr, I was on the outside of him and he turned into me.

"And Pascal the same, he didn't leave me space and he locked up."

When Ocon's comments were put to Wehrlein, he was surprised by Ocon's claim that he hadn't left enough room.

"I didn't leave him room on the outside?" asked Wehrlein in response.

"If he would watch to the right side, I think there was more than 100 metres left for him.

"Nothing happened, so in the end we both went wide and cut the chicane." 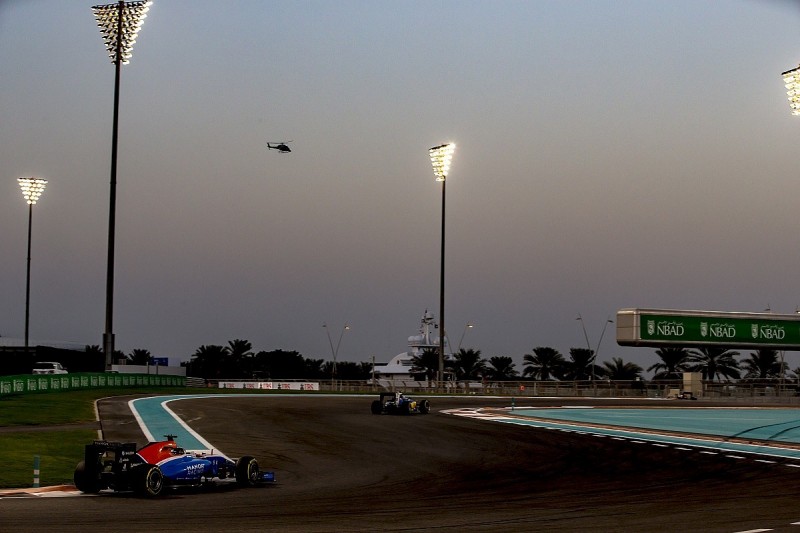 Both drivers were pleasantly surprised by the pace of the Manor during the race.

While Ocon's race was compromised by his three clashes, Wehrlein also had to recover from dropping behind the back of the pack after a slow first pitstop.

Neither driver was ultimately ever a serious contender to score the points needed to reclaim the 10th place in the constructors' championship Manor lost to Sauber in the previous race in Brazil.

"This was a great weekend in terms of team performance, because normally we shouldn't be in front of Sauber," said Wehrlein.

"After Brazil, I would understand if everyone would be a bit down and frustrated because we worked so hard this year and in the second last race they overtook us.

"It's just great the car was working pretty well, we found a good set-ip and it worked so I was very happy with Q2.

"I didn't expect that, and in the race the pace was unbelievable."