As revealed by Autosport, Vettel had switched to a dual finger-hole clutch paddle arrangement in the wake of a poor getaway at the Russian Grand Prix.

It replaced the single clutch paddle system he had previously used, and that Kimi Raikkonen has elected to remain with.

Vettel's starts have been relatively good since Spain, but the poor getaway at the Singapore Grand Prix, after which he moved across and defended against Max Verstappen - causing a multi-car crash - has thrust the issue back in to the spotlight.

Part of the explanation for the slow start in Singapore was down to him electing to pull away in second gear to minimise wheelspin, whereas Verstappen and Kimi Raikkonen used first gear, but it now appears the clutch paddle design has come under scrutiny too.

Vettel was spotted in the Ferrari cockpit at Sepang on Thursday afternoon working intensely with the mechanics on the steering wheel arrangement.

Wearing a racing glove on his left hand, he was seen practising with Raikkonen's steering wheel and the single clutch paddle (as illustrated below), as though running through the start procedure. 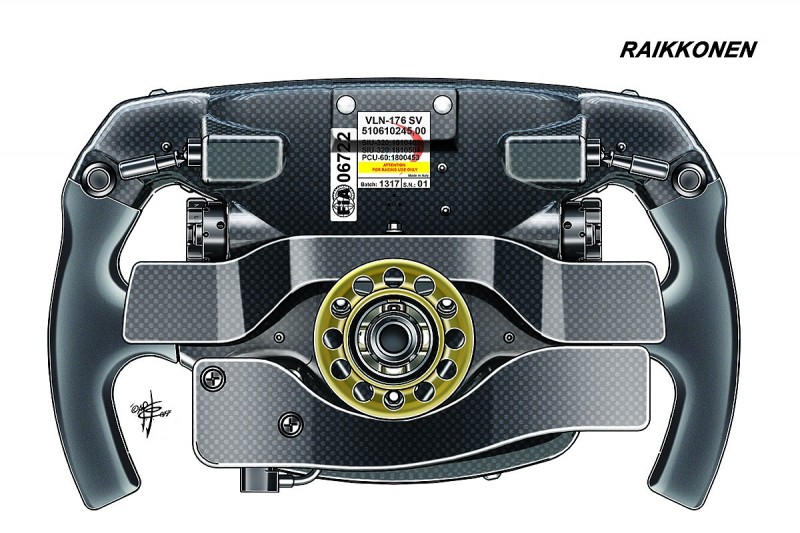 He also swapped gloves several times, so was perhaps evaluating different designs of seam to help improve the feel from his fingers.

Following the Thursday tests, Vettel stuck with the single-clutch paddle arrangement during both Friday practice sessions in Malaysia, where he would have done several practice starts.

That running will have given him enough of an idea about whether to permanently go back to the old system, or persevere with the arrangement that he has used since the Spanish Grand Prix.

Confirmation of his plan will come on Saturday, with parc ferme restrictions meaning that whatever paddle arrangement he runs in qualifying must be used in the race.

At the time of the switch Vettel said he had moved to the finger hole clutch arrangement (below) because it said it gave him a better feel as he moved away at the lights.

"The beginning of the year was a bit wobbly but it seems to get more consistent," he said.

"But it is also natural that a bit more practice, routine, you get better in whatever you have to do.

"And I am happy to play around with the design layout to try to give me more feel and better control of what I need to do." 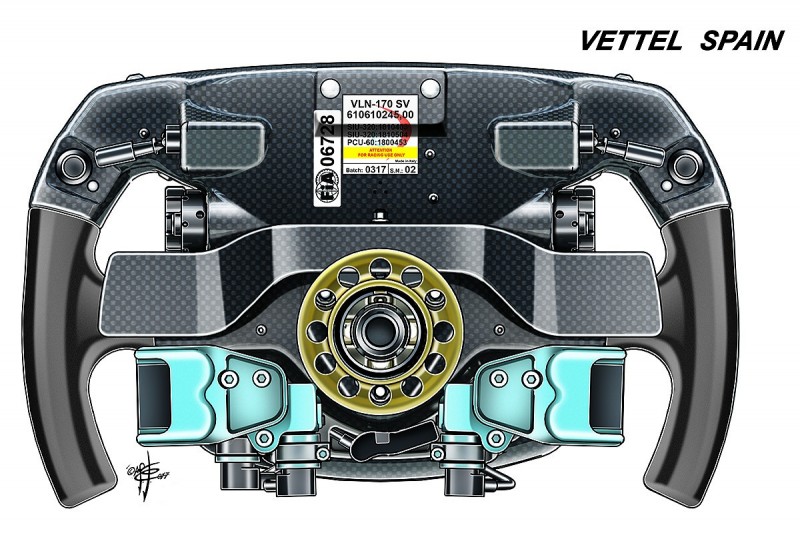