Kevin Magnussen says he wished his Formula 1 test-topping performance in Bahrain on Friday meant something beyond a bit of fun upon his return to Haas.

The Dane caused a stir on the penultimate day of pre-season testing when, during an extra hour of private running he set the fastest overall time of the day.

While the achievement on his return to the F1 cockpit after a year away in sportscars caused a stir on social media, Magnussen insisted he was reading nothing in to it.

Running in more ideal cooler evening track conditions and alone on track, a measure agreed by other teams to make up for Haas losing the morning session on Thursday to a freight delay, Magnussen said there was almost nothing to read in to the lap he delivered.

“I wish I could say that this means a whole lot,” explained Magnussen afterwards.

“It's always nice to see your team on top, and suddenly we want that rather than being at the bottom. But it's not like we think... it's not like we believe now that we're going to be champions this year or anything.

“Being fastest on the test day in pre-season testing in F1, I think anyone that knows even a little bit about Formula 1 knows that it doesn't really mean much.”

While refusing to read too much in to topping the standings, Magnussen did acknowledge that his first day back in the cockpit had been an overall encouraging one.

“We did do a good lap time there at the end, but you know, I’m not really getting carried away by that,” he said.

“But it's been a good day nonetheless. The afternoon was super good. 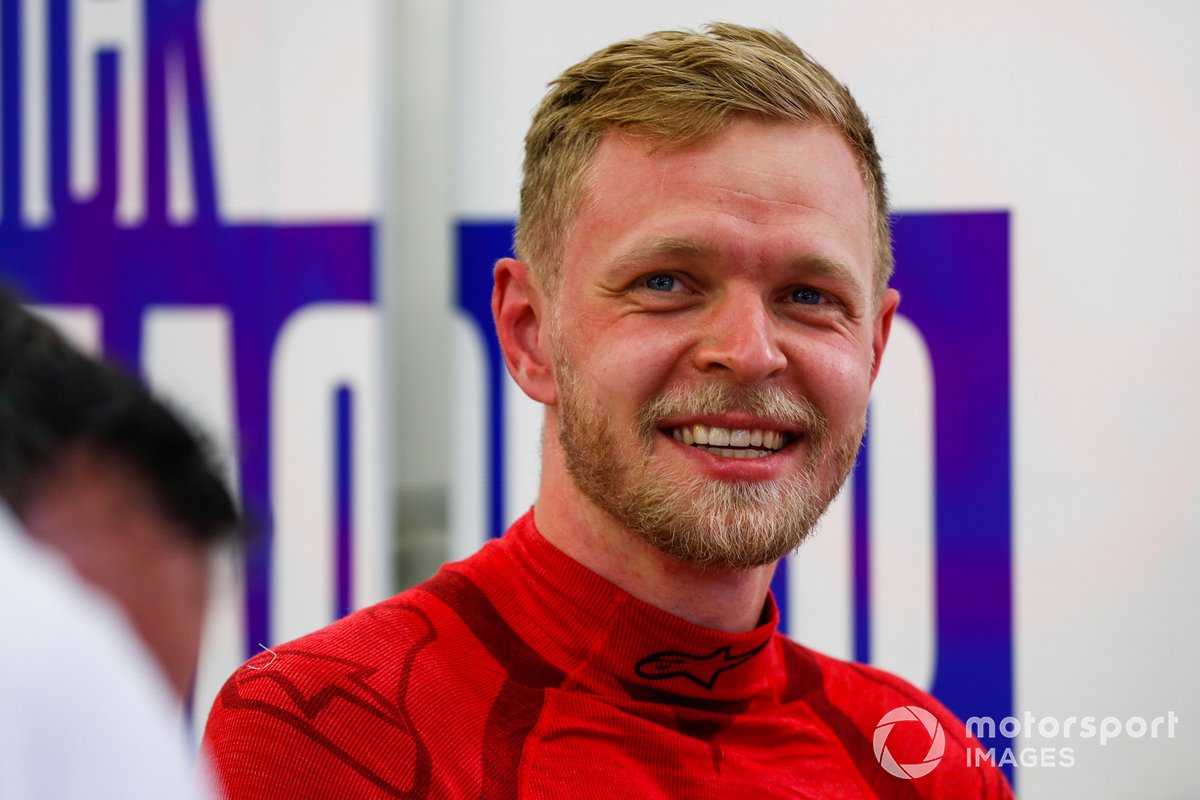 “We got a lot of running, and I didn't get out of the car once. We just kept going, and it was so nice to get back in the Formula 1 car.

“So nice to get back with the team and working with them again, and I’m just super happy.”

While Magnussen had not driven an F1 car for two years, he said he was surprised that the much heavier 2022 machinery did not feel worse than it was.

“It's certainly not as light and nimble as the old car, but it's not a slow race car at all,” he explained.

“It's not a bad feeling driving it at all. I've just been driving prototype cars for a year and suddenly, when you jump in one of these, you know it's going to feel fast.

“But it's not sluggish. It's not as bad as I might have thought it would be. And I certainly enjoyed my day driving a Formula 1 car.”