When Kevin Magnussen walked back in to the Haas Formula 1 garage on Wednesday night in Bahrain, it was like he had never been away.

For despite an enjoyable year in sportscars, and the joy and challenges of becoming a father, Magnussen’s return has felt very much akin to a homecoming.

“I feel good. I feel the same,” he smiled, as he sat chatting outside the Haas hospitality unit at the Sakhir track.

“Walking into the paddock, I feel like I never left. It is funny when I think about the year that I have had.

“I have had a kid, moved back to Denmark, a lot of things have happened and it feels like 10 years have passed outside of the paddock.

“But then I walked in and it feels like I never left. It is funny how time can mess with you.”

But despite a crazy seven days since team boss Gunther Steiner’s first phone call, and having had to abandon a family pre-Sebring holiday in Miami, Magnussen knows there is little time to dwell on the feel good vibes of is return.

He needs no reminding that Haas is heading in to 2022 off the back of its most difficult season in F1. Its undeveloped car left it at the back of the grid, and relations between Mick Schumacher and Nikita Mazepin were not great at times. 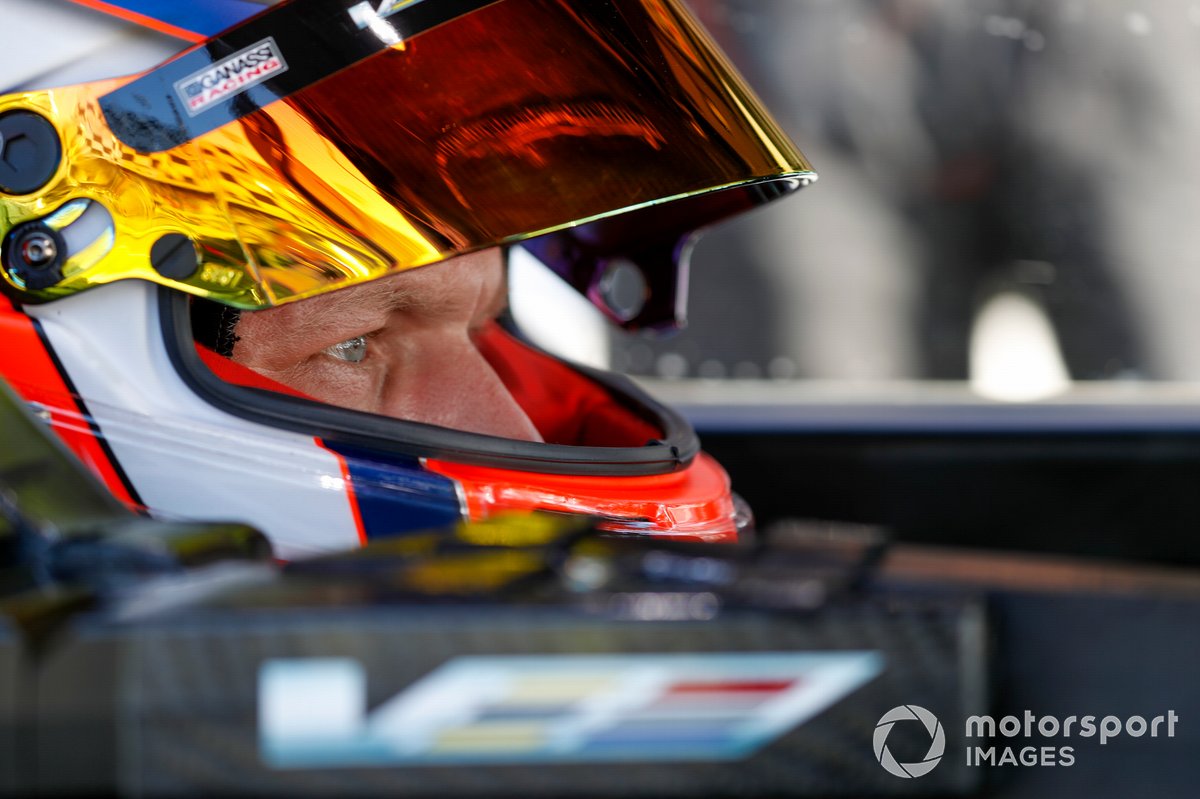 From the outside, Magnussen’s return could be seen as something of a gamble in believing that things will turn around swiftly.

But it is the prospect of the 2022 rules shake up that has changed things for him; for opportunities that were not there under the previous regulations may be on offer now.

“I mean the fact that we have got this new car and everyone starting from a blank sheet of paper was also crucial for my decision to come back,” he explained.

“It is exciting there is the element of the unknown and there could be some surprises. I want to be there in case we can do something fun.”

Magnussen knows there are no guarantees though, and is clear that Steiner has not bigged things up beyond realistic expectations for the year ahead.

“He didn’t promise anything,” Magnussen pointed out. “He said that they’ve been working really hard on it and that has given me some indications.

“Then walking around speaking to everyone and my team. I feel there is some sort of hype going on. Let’s see.

“I don’t think we are going for the championship this year, but I think there is a good atmosphere. You can feel something good is coming.

“Our expectations are under control, and we know better than to think we are going to smash it. But it is good that there are a lot of smiles around the team.

“Everyone is looking forward to it and is not scared about going on track with something that is going to be embarrassing. I feel like the team is in a good place.” 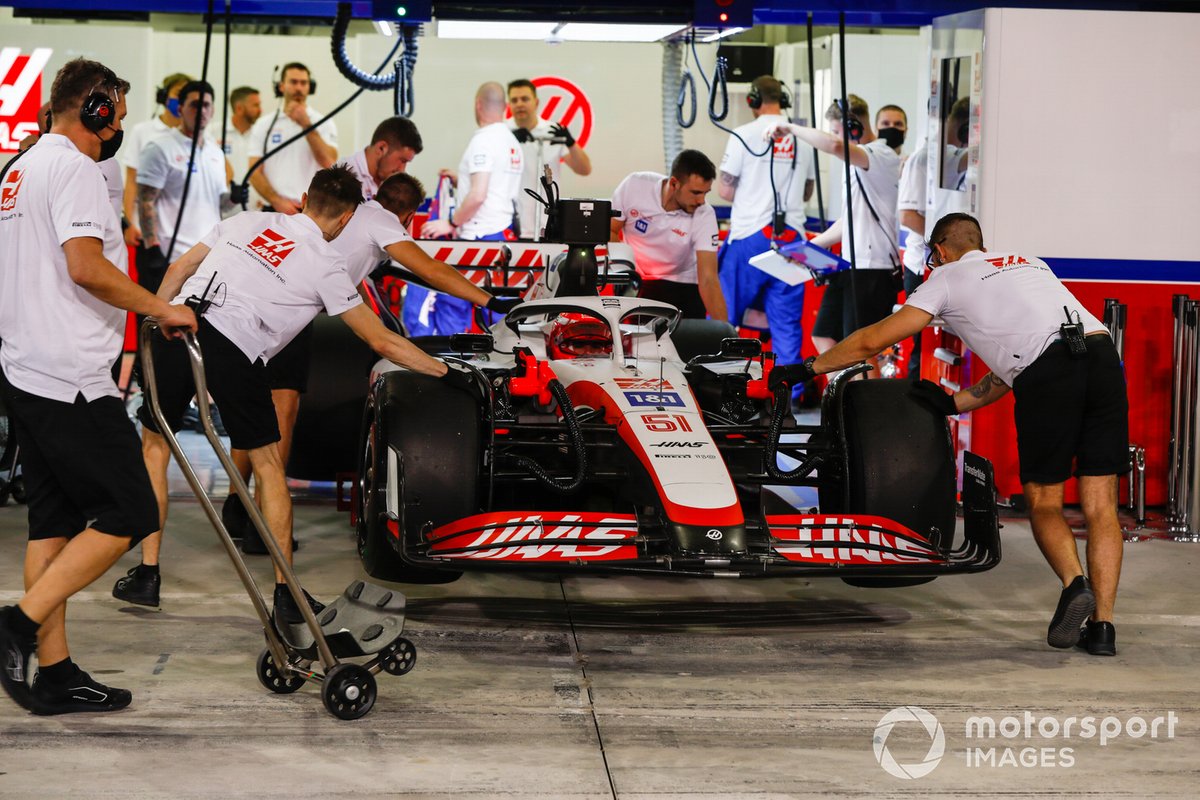 The mood inside Haas has certainly been lifted by getting Magnussen back. On a basic level, in Magnussen, the team has got an experienced driver with previous knowledge who can slot in seamlessly.

But perhaps even more importantly, after a pretty brutal 2021 campaign, it has given the team someone to get excited about and inject some fresh motivation.

Steiner is clear about the boost.

“We all know how Kevin came to Formula 1, the hard way, so he respects everybody working there and the guys enjoy him as a human being, not only as a driver,” said Steiner.

“Obviously they were very happy. But not only from the team, but from outside. I didn’t get any unhappy or criticism direct to me. Everybody seems this was the right thing to do.”

Steiner concurs that going for Magnussen was as much a team decision as it was a driver call.

“I think it was good internally for the team,” he said. “But that was not a driving factor. We honestly thought this is the best for the team.” 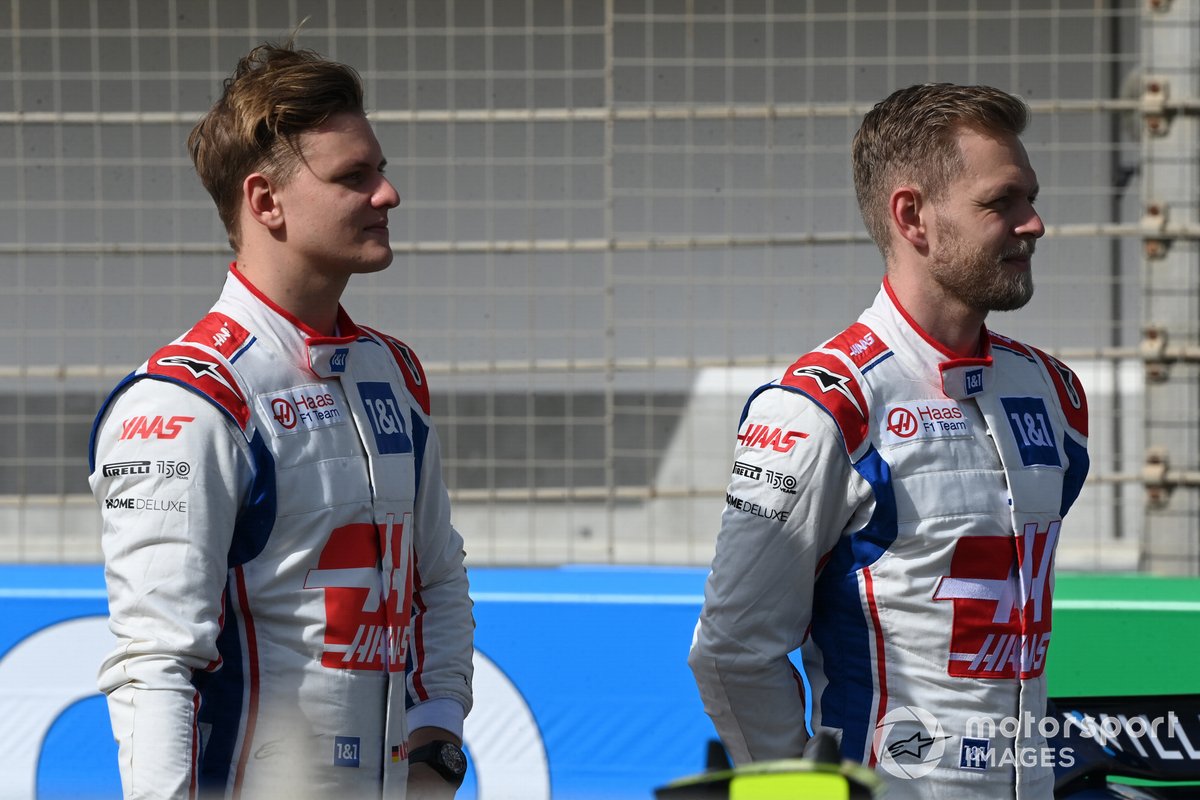 Magnussen knows, though, that the honeymoon period of his return will not last long, as next week’s season opener means there is so little time for him to get up to speed and back into F1 shape.

He admits his neck is going to face a battering. And there is some pressure on him to get up to speed quickly: as there are no excuses if the lap times are not quick enough.

“F1 is a sport where you always need to prove yourself,” he said. “Every second you have in the car you are proving yourself. That is what is so cool about this sport. It is such a high pressure, there is no time to relax, you have just got to be the best version of yourself.

“You can never be perfect and you are always striving for better and it is the most competitive form of motorsport. I’m just excited.”

But while things do feel very similar for Magnussen, he is coming back a slightly different person.

“I certainly just feel more relaxed,” he said. “The first time I walked into the paddock as an F1 driver compared to this time, it’s different.

“Every year you grow a bit older and you get a bit more experience and you are just more relaxed and more content and chilled. I’m more able to enjoy it.” 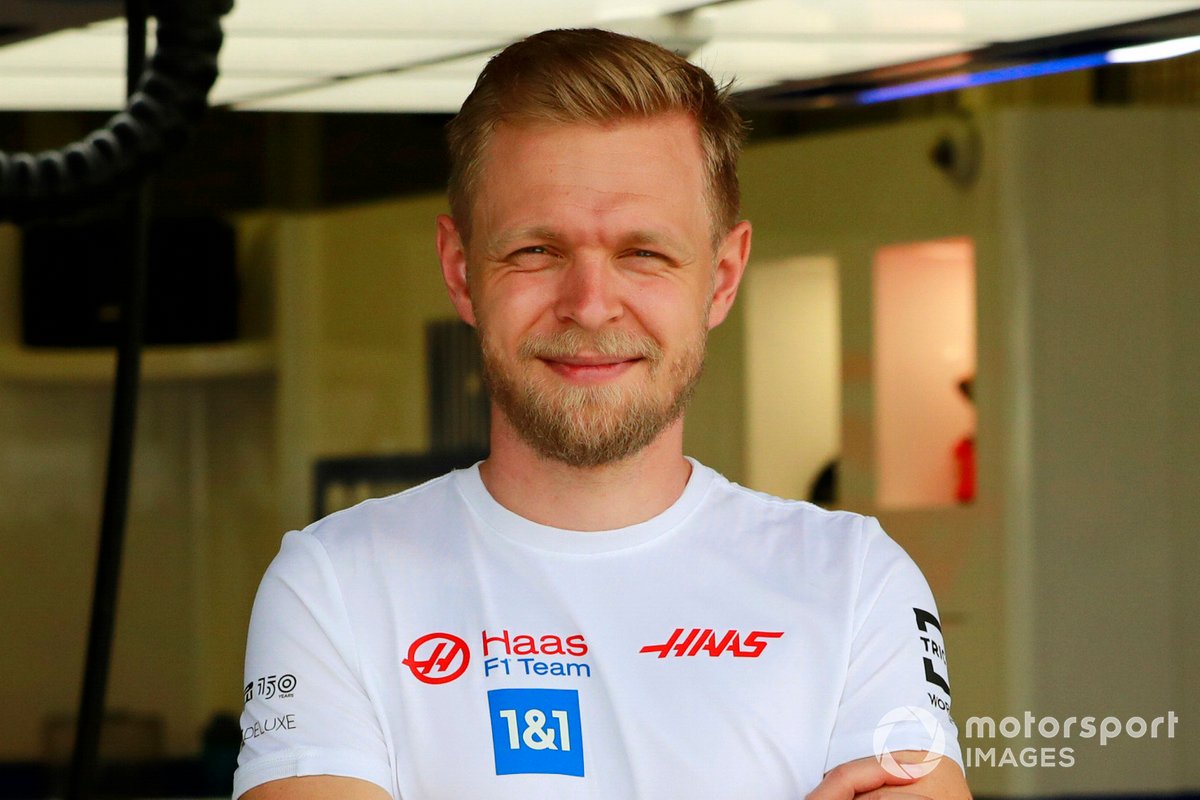 But don’t think that being more relaxed means that he is not as determined and feisty as he was before.

He is still fondly remembered for some of its off-track moments – including the ‘suck my balls’ moment with Nico Hulkenberg and the ‘smashdoor’ Netflix incident with Steiner.

Asked if we can expect similar this time around, Magnussen smiles: “I feel the same, so I don’t think I’ve changed.”

And that is exactly what Haas wanted.