Alonso implied Haas's technical partnership with Ferrari was the main factor in its upswing so far in the 2018 F1 campaign.

Having secured fifth on the Melbourne grid, six spots clear of Alonso, Magnussen hit back.

"I wonder why? I've been to McLaren. I've raced for that team and seen the infrastructure.

"Compared to this, it must be annoying.

"I'm really proud of the team, and impressed. We've got a car that's competitive here, it's the fourth-best car on the grid this weekend.

"This team is the smallest on the grid, and if not the lowest then one of the lowest budgets and the least amount of people and resources.

"And yet we've got the fourth best car on this track in qualifying. I'm impressed by that."

Magnussen's team-mate Romain Grosjean acknowledged that the technology partnership meant the Haas would have some resemblance to the Ferrari but agreed Alonso's comments were unfair.

"We're using the same gearbox, the same suspension, everyone knows that the suspension is defining a lot of the flow so of course there's going to be similarities," said Grosjean.

"But we're doing our own car and if we were 'Ferrari B' we'd be up there with them.

"It's not true and it's not nice for the people who work at Haas and who produced the Haas F1 VF-18."

"They don't have all the information, and making statements like this without the information is a little bit of a case of before you speak, you should know what you talk about," he told Autosport.

"They can have their opinion, everybody's free to have one. And I've got my opinion." 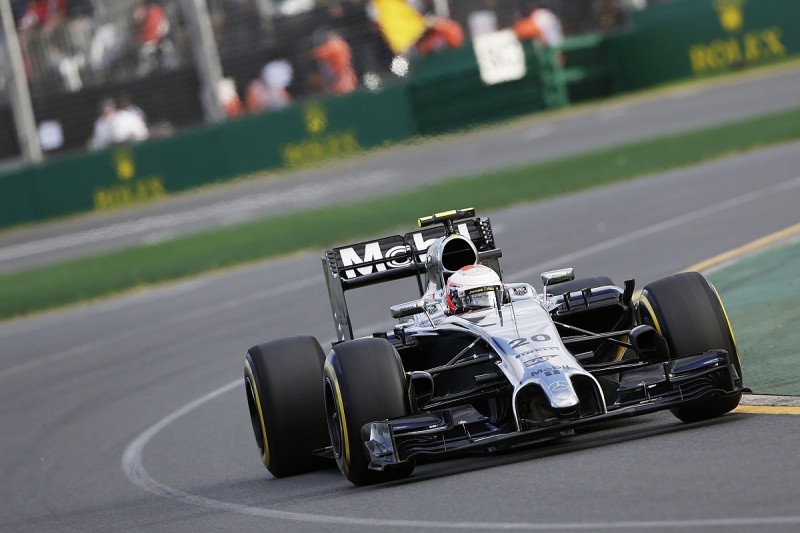 Anticipating a tight midfield battle with Renault and McLaren, Magnussen reckons that having driven for both teams (pictured at McLaren in 2014) gives him perspective on just how hard it will be to keep them at bay for the entire season.

"It's going to be a massive challenge," he added.

"I've been to those teams, I have huge respect for them and I know what they are capable of. It's not going to be easy to outperform them.

"It's going to be very difficult to have a better season than them and beat them in the championship.

"At the moment, at this track, in this qualifying, we had a better package. That shows that it can be done.

"But we're now in the season, there's a lot of things to do now.

"I wouldn't be surprised if they're going to be very, very strong from now on and catch up quickly.

"Our job is capitalise as well as we can on this right now, and then hang onto it."