Lotus says there is no point in busting the bank to keep Kimi Raikkonen next year, as talks intensify to finalise the Finn's Formula 1 future

Raikkonen is considering his options for 2014, but hopes of a switch to Red Bull appear to be over after his manager Steve Robertson revealed on Monday that talks had collapsed.

While Lotus is eager to keep Raikkonen on board, and the former champion has expressed privately that he wants to stay there, the situation depends on the Enstone-based outfit proving that it has the financial and technical package in place to maintain its strong form.

The money situation is a key factor, with Raikkonen having had issues in the past with wage payments being delayed.

That background means there is no guarantee Raikkonen will commit to a fresh deal with Lotus, with the team admitting that there will be no point in it over-stretching its budget just to keep him.

Speaking before it emerged that the Red Bull discussions were over, team principal Eric Boullier said he would only be happy to keep Raikkonen if the circumstance made sense for both driver and team.

"We haven't finished the story with Kimi, so we want to keep going," he told AUTOSPORT. 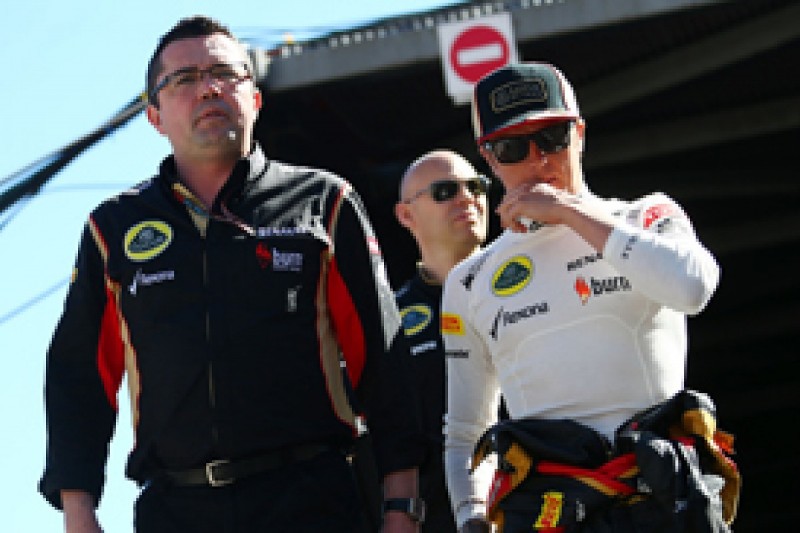 "Kimi is a good figure for the team. Obviously he is a very good driver, and everyone knows how good he is.

"He's also helping us in terms of awareness to get us into the right place of where we want to be. I think he is a natural fit for the team and the team naturally fits around him.

"I would like to keep him, to be honest, but I want to keep him with the right conditions.

"If we can't afford him because of finances, then I don't want to have him because he will be a pain in the arse - and it will difficult to build something on this.

"But if we can have him, then I would like to keep him."

Lotus is still finalising a deal with investment partner Infinity Racing that it hopes will provide it with exactly the kind of financial stability that Raikkonen is seeking.