With Kimi Raikkonen no longer in the Red Bull running, his best alternative outside Lotus if a deal cannot be agreed appears to be Ferrari

The Italian team, which Raikkonen drove for from 2007-09, winning the title in his first season, could have a seat available if it chooses to replace Felipe Massa in 2014.

Raikkonen's manager Steve Robertson has rubbished talk that an agreement is already in place for him to return to Maranello, but admitted to AUTOSPORT that Ferrari was on Raikkonen's radar as a consideration.

"It's an option," said Robertson. "My job is to talk to all the teams that have available seats, and that is what I will be doing."

Ferrari, however, is not yet devoting any effort to worrying about its 2014 driver line-up, because its priority is to rediscover the on-track form that Fernando Alonso will need if he is to win the championship.

Sources suggest that Ferrari's senior management will only be ready to consider its driver options after the Italian Grand Prix - by which time it should have a clearer picture of its competitiveness and Massa's form.

That means Raikkonen may have to wait for a few more weeks before he can make progress on his Formula 1 future.

Although Raikkonen's departure from Ferrari to make way for Alonso was not on the best of terms, it is understood there is no underlying reason that would make it impossible for him to return - and that Ferrari president Luca di Montezemolo would accept it if he was the best driver available.

However, there is also no shortage of other available options - including Nico Hulkenberg and Paul di Resta. 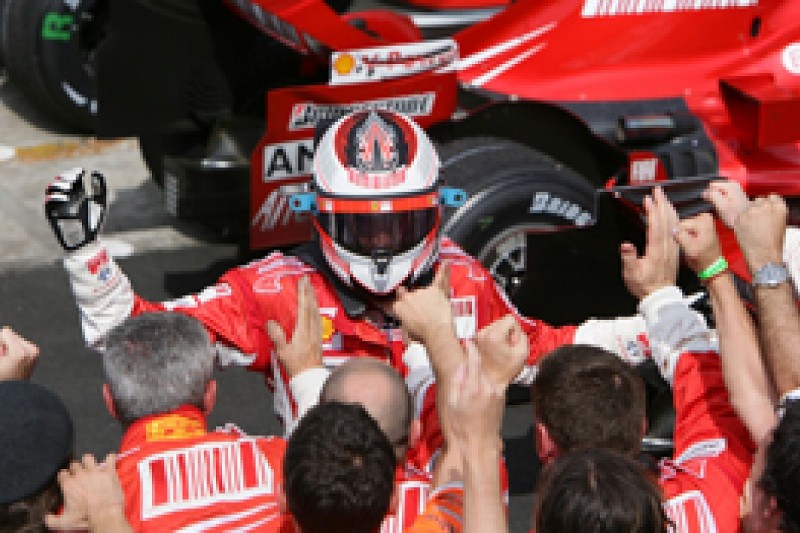 Michael Schumacher was edged towards the F1 exit to allow Raikkonen to join Ferrari in 2007, as the Finn left McLaren after a promising but ultimately frustrating five seasons of showing great pace but missing out on titles.

Raikkonen rectified that in his first season at Ferrari, winning on his debut in red in Melbourne.

He then put a mid-year lull behind him to surge through and beat McLaren duo Lewis Hamilton and Alonso to the crown amid the backdrop of the McLaren/Ferrari spygate scandal.

But Raikkonen ended up playing second fiddle to team-mate Felipe Massa in 2008 and could only win once in '09 as a furious Ferrari was caught off-guard by rivals' interpretation of diffuser rules. He left for the World Rally Championship at the end of the year.