Both drivers were ruled out at the first corner in Italy, when Sauber's Marcus Ericsson tapped Grosjean on the run down to the first corner, with the Frenchman ricocheting into Force India's Nico Hulkenberg, who in turn hit Maldonado.

Maldonado recovered to the pits but had to retire the car for the eighth time in 12 races this season and second successive time inside two laps.

Grosjean continued into a second lap but the impact had damaged his rear suspension and he was forced to pull off track.

"You cannot blame the drivers for trying to get as much as possible to the front but we have to work on that, absolutely.

"We have to consider being conservative maybe in the first corner. We need to be more careful.

"It's something we will sit with all the guys involved in the strategy, including Nick Chester, Alan Permane and also the drivers themselves.

"We need to work it out together."

Gastaldi, whose team dropped behind rival Force India to sixth in the constructors' championship after its double retirement at Monza, said the result was particularly frustrating considering the potential of the car.

"We had a fantastic qualifying session, even Pastor was in Q3, so it was very upsetting and frustrating for the entire team after all the effort all the staff have put it both at the track and the factory," he said.

"We have very good cars. If you give a good car to drivers, they can deliver but race incidents are unpredictable.

"They were race incidents. Nobody wants to experience that but I know it happens. You cannot blame anyone. It just happens."

Lotus has made an unfortunate habit of early problems either compromising or ending its races in 2015.

Australia
Maldonado is blamelessly sent into the wall when clipped from behind while dodging first-corner contact between Kimi Raikkonen and Carlos Sainz Jr, Grosjean stops with a loss of power on the formation lap

Spain
Grosjean and Maldonado come together at Turn 3 on the fourth lap while fighting for ninth, leaving Maldonado with wing damage that eventually ends his race 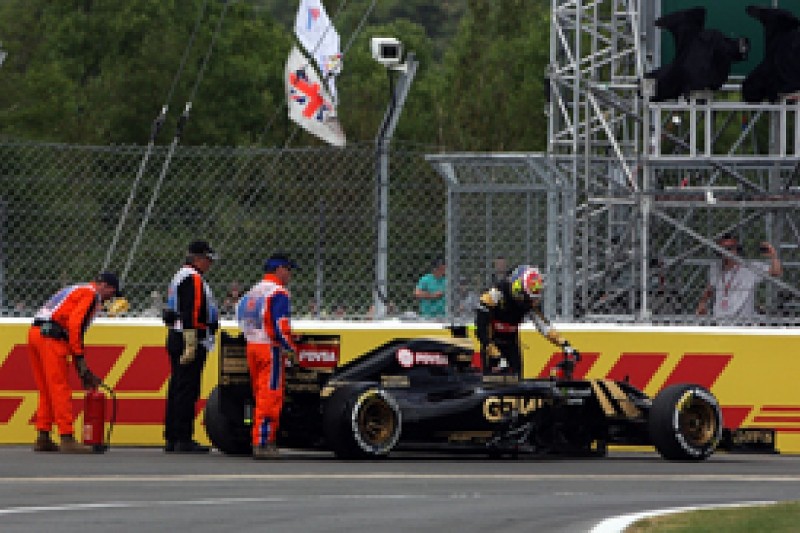 Hungary
An opening-lap excursion immediately drops Grosjean from the top 10 to 16th, though he does recover to finish seventh