Engine partner Renault introduced upgraded engines for Lotus at the Chinese GP that are believed to be on a par with what its works team Red Bull has been running.

The team made it through to Q3 for the first time this season and was fighting for points before Romain Grosjean was stopped by a gearbox problem.

It is understood that the work carried out by Renault and Lotus since the team's troubled post-Bahrain GP test resulted in it finally being able to unleash the potential of its package in China.

"We saw a clear step up from Renault's side in China," said Lopez. "The guys are almost talking about two seconds, which is huge.

"The stopwatch doesn't lie - we moved two seconds forward in terms of performance.

"The car is good. Romain had some diffuser issues on Saturday, but based on lap times and derivatives of that, we probably should have gone for P6 [in qualifying] if we hadn't have had any issues.

"That is really where we believe the car belongs, despite knowing the Mercedes engine cars don't even need DRS to go around us.

"At the same time what is positive is the pace seems to be there."

Lopez added that the team has been surprised by how difficult the start of the 2014 Formula 1 season has been.

"We didn't expect to have the engine issues we've been having," he said. "We came out of the windtunnel essentially knowing we had a really good car.

"But the problem is when you start putting things down on the track, unless you can actually lap you can't do any set-up work.

"So we've had huge, huge issues and delays because of lack of lapping essentially.

"We really reached a peak of negativity after the race in Bahrain where two engines blew [in testing] and there was nothing we could do.

"That was really a point where, in a positive way, we put a stop to certain things we were doing and said 'we just can't afford to do this any more'." 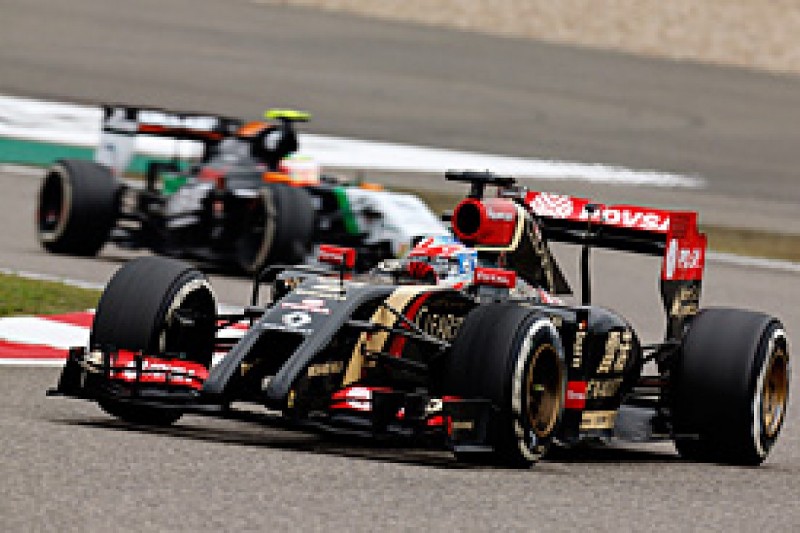 EVEN MORE TO COME

Lopez believes that progress that is penned in for the next race in Spain should allow the team to be even stronger for the start of the European season.

"Renault is promising a fairly interesting step up for Barcelona," he said.

"We're pretty hopeful we start coming into the top 10, and from then on it's fighting it out with whoever is there.

"Ever since I saw the issues we were having with the power unit, I've essentially said our first race is going to be Barcelona, and I stick to that."

Vettel F1 struggles down to set-up, according to Red Bull