Lewis Hamilton used his drive to Spanish Grand Prix victory as a "test bench", having found his Mercedes Formula 1 car to his liking for the first time since Australia

Although Hamilton had inherited a first 2018 victory in the chaotic Baku finish a fortnight ago, he said the set-up comfort he found at Barcelona had been missing since the Melbourne season-opener.

The reigning F1 world champion called the Spanish GP "a rejuvenating experience", saying he spent the race making mental notes for his engineers.

"People probably think it was an easy race and that I was cruising. I wasn't," said Hamilton.

"I was comfortable, and at no point did I feel I was going to lose it, but I was pushing every single lap, using it as a test bench to understand what I liked about the balance, how can I play with it a bit more, can I squeeze any more out of it, and then just understand what I've got to get more from.

"So when you do the debrief you can be very particular, and to the point, on what you want them to work on.

"In that meeting there were a few key points which I pointed out, like 'work on this, make that better, and I'll be faster'.

"The cool thing about being a world champion is that the team listens, naturally, to what you say, because you're not talking gibberish." 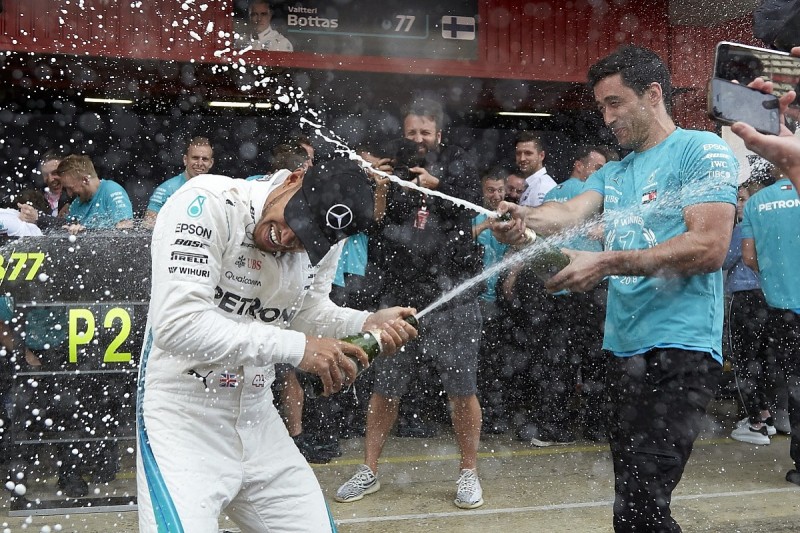 Hamilton admitted he had last been fully confident in his Mercedes in Australia in March, when he took a dominant pole and led until Sebastian Vettel jumped him with a virtual safety car pitstop.

"In Melbourne I was really comfortable in the car, with the balance," he said.

"And since then I just didn't have the confidence to attack, to lean on the car, to have the rear particularly where I wanted it.

"For whatever reason I still didn't have that [on Saturday], it was a very nervous, snappy car throughout qualifying.

"But it was better than it had been in the past, but still not great.

"It's the greatest feeling to have that kind of performance and have a convincing win.

"Anybody who has a win wants to do it that way. Not every win feels as great as that one does."