The reigning world champion was the quicker of the two in the morning session, but felt uncomfortable with the car in the afternoon and ended up three tenths adrift of Rosberg.

"I wasn't comfortable in the second session," Hamilton told reporters.

"I had some problems with the braking and that was losing me quite a lot of time.

"I was struggling to finish a lap without oversteer but we'll fix that for tomorrow.

"There's loads of room [to improve] and once we fix the braking thing, we'll be back on pace."

Daniel Ricciardo believes Red Bull is potentially quicker than Mercedes heading into the United States Grand Prix after splitting Rosberg and Hamilton and lapping just 0.194s off the pace.

When asked if Red Bull looked like a threat, Rosberg said: "Yes, for sure, but just as they have been in the last couple of races.

"They have been close and I don't think it has changed this weekend." 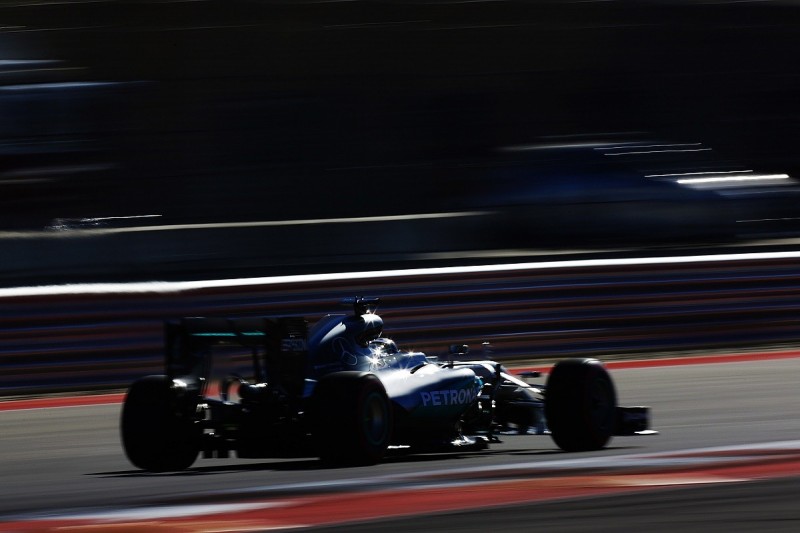 Hamilton acknowledged the threat but feels there is more to come from Mercedes.

"They [Red Bull] are going to be very quick this weekend, it's going to be a challenge," he said.

"I guess more of our pace will show tomorrow where we'll get a better understanding.

"But they are definitely not far behind."

Rosberg hinted that what the team learned on Friday may not be relevant if the wind direction changes on Saturday.

"It's going to be interesting because the wind will change 180 degrees, so completely different," he said.

"It transforms the car totally so maybe what we've learned today might not apply to tomorrow and we'll have to start from scratch. That will be a challenge."

Red Bull has pace to upstage the title battle