Lewis Hamilton says he does not want to call on Mercedes team orders to help his 2017 Formula 1 championship bid, and hopes to be ahead of Valtteri Bottas anyway

At the Hungarian Grand Prix in July, Bottas let the faster Hamilton through to see if he could attack the leading Ferraris of Sebastian Vettel and Kimi Raikkonen.

Having failed to make progress, Hamilton slowed and gave third place back to Bottas on the final lap.

Hamilton, who now leads Ferrari's Sebastian Vettel by 28 points in the championship with Bottas a further 23 adrift, hopes that will be the only time such tactics are required.

"Hungary happened at the right time, and I think it happened the right way," he said.

"Valtteri will make his own decisions at whatever point, if he ever feels that he's out of contention for example.

"My goal is to make sure that we're not in the position for them to have to do that [team orders].

"My goal is to make sure I do the better job each weekend, which is not always the case, and Valtteri's getting stronger with understanding the car." 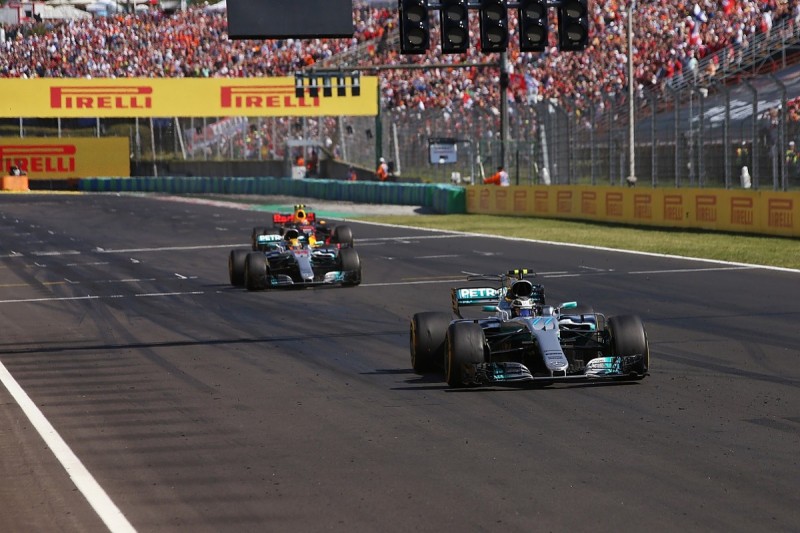 Hamilton also downplayed the suggestion that handing the place back to Bottas in Hungary had helped to forge a bond between them.

"Valtteri afterwards actually came and said to me he didn't expect me to let him back past. I was like, 'shit!'" said Hamilton.

"I felt like I'd made the right decision. I think even I'd stayed ahead, he would have understood.

"I don't think he would have been fussed by it. I was seven seconds up the road. If he was right behind me, then perhaps.

"It could only have made things better, but if it was the other way around, it could have gone sour.

"There is a lot of talk about our relationship, and I think it's just a good working relationship.

"Valtteri wants to beat me on the track just as much as I want to beat him.

"Don't ever get it twisted that we don't want to kill each other out there, but there's a respect for one another's ability, and where we come from, and that really works well for us at the moment."