Lewis Hamilton has committed his Formula 1 future to Mercedes, with the team announcing a new two-year contract ahead of the German Grand Prix

The process of fleshing out a new deal between Hamilton and Mercedes had been ongoing for many months, with both the world champion and team boss Toto Wolff constantly insisting it was just a matter of agreeing details rather than either party looking seriously at alternatives.

Hamilton, who began his F1 career with Mercedes-powered McLarens before joining the works team in 2013, will now be committed to Mercedes until the end of 2020.

"This contract extension has basically been a formality since Toto [Wolff] and I sat down during the winter, so it's good to put pen to paper, announce it and then get on with business as usual," said Hamilton.

"I have been part of the Mercedes racing family for 20 years and I have never been happier inside a team than I am right now.

"We are on the same wavelength both on and off track - and I am looking forward to winning more in the future and shining even more light on the three-pointed star.

"I'm very confident that Mercedes is the right place to be over the coming years." 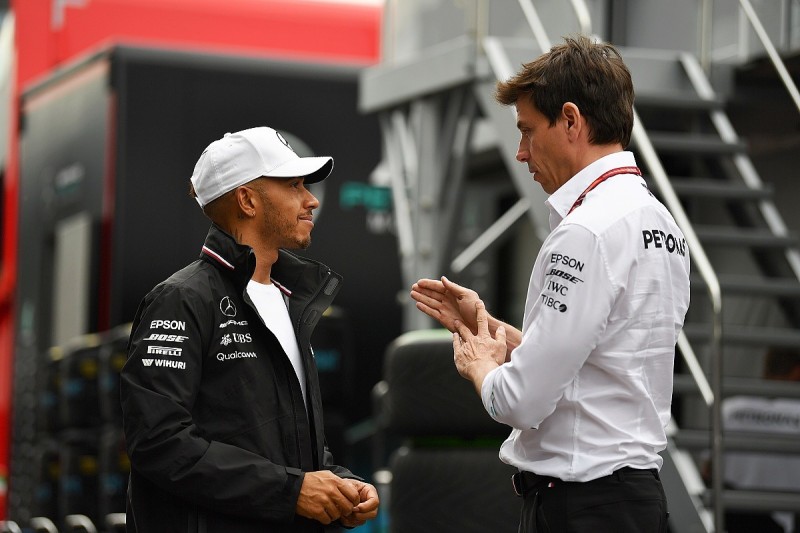 Wolff said that the final terms were only settled on this week, despite negotiations having already been well advanced last year.

"We have been aligned with Lewis ever since we first sat down to discuss the details of this contract after last season, but there has understandably been a lot of interest and speculation around the whole process, so it's good to put all of that to rest and get this thing announced," he said.

"We signed the final documents this week and didn't want to keep people waiting any longer.

"There is not much about Lewis as a Formula 1 driver that hasn't been said already - he is one of the all-time greats and his track record speaks for itself.

"But what I enjoy most about working with him is getting to know the man inside the racing helmet: his relentless drive for self-improvement, his emotional intelligence as a team member and his loyalty to those around him."

Hamilton has won three of his four world titles with the Mercedes team, and taken 44 GP wins with the squad so far.

Valtteri Bottas is expected to remain at Mercedes alongside Hamilton, but no announcement has been made on that front yet.