Vettel spun out of fourth place early in the race and collided with Lance Stroll as he tried to rejoin, which left race leader Leclerc to fend off Lewis Hamilton and Valtteri Bottas on his own.

Mercedes split its drivers' strategies so Hamilton pressured Leclerc through the middle phase of the race after an attempted undercut, while Bottas extended his stint by several laps and closed in on Leclerc with fresher tyres at the end.

After holding on to win Ferrari's home race, despite switching to hard tyres with the Mercedes on mediums, Leclerc said: "I think the strategy was good.

"Obviously we were in a tricky situation because we had the two Mercedes behind and I was the only Ferrari.

"They could play the game of going long with one car and earlier with the other.

"It was very tricky, but in the end, I think we made the right choice with the hard [tyre]."

Leclerc acknowledged that Vettel was unfortunate to be running at the back of the lead quartet early on because the four-time world champion should have had a better qualifying lap had he been able to set a time with a tow.

Vettel was among the majority of drivers not to get a second lap in qualifying because of the farcical way the session ended.

Asked how much harder it was without Vettel in a supporting role, Leclerc said: "Obviously it's always an easier situation to have two cars instead of one.

"But [in qualifying] Seb was extremely unlucky, he couldn't do the lap in the second run of Q3.

"I'm pretty sure it will be better in the next races." 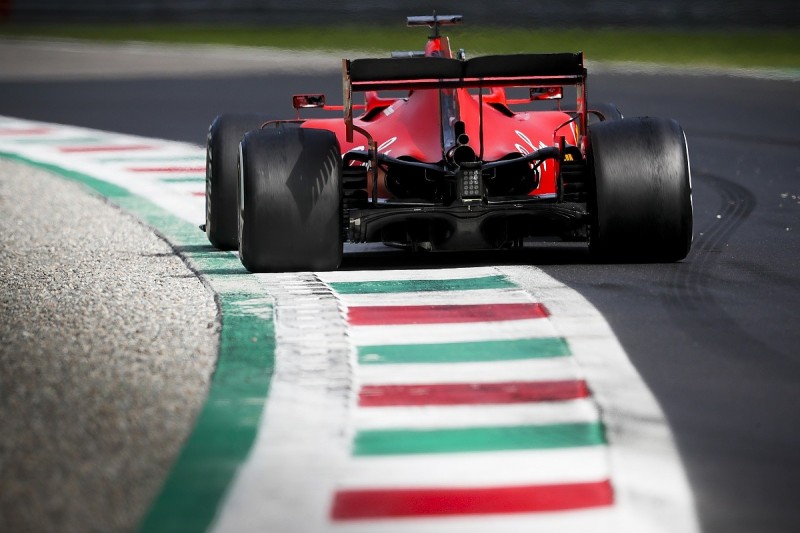 Leclerc switched to "Plan B" during the grand prix, which Ferrari team principal Mattia Binotto said was "simply a longer first stint".

The decision to commit to hard tyres was made as Ferrari assessed the data during the first stint.

"Degradation by the end of the stint [on soft tyres] was not critical, but it was there," said Binotto.

"We knew that by putting the hard [tyres on] we would have had a better pace by the end of the race.

"With the others on the medium, we knew that after the stop the first lap would be difficult.

"That was a key point for the win and the victory.

"I think the choice was brave, but the right one."

Hamilton slipped to third in the end and suspected he would have finished second if he had used hard tyres in his second stint, instead of mediums, but would still not have beaten Leclerc.

"I did ask in the morning if I could go to the hard tyres and they said no," said Hamilton. "They said that because we hadn't run it, they didn't know it was quick enough.

"The [soft] tyre we were on was quick, but I did say it was potentially going to go off the cliff."