Ferrari’s Charles Leclerc says his crash out of the lead of the Formula 1 French Grand Prix was his “mistake”, and admits his title hopes “don’t look great” now.

After an initial early tussle with eventual race winner Max Verstappen, Leclerc held onto the lead as the Red Bull driver came in for his pitstop.

Ferrari elected to keep Leclerc out on his fading mediums instead of immediately covering off Red Bull’s undercut attempt, with the former crashing out at Turn 11 when he lost the rear of his car on lap 18.

Unable to reverse his car out of the barriers, Leclerc was forced into his third retirement of the season.

With Verstappen sealing victory at Paul Ricard, Leclerc is now 63 points adrift in the standings with 10 races remaining.

Leclerc doesn’t believe at this stage his retirement was caused by a mechanical issue, and added that he feels he has thrown away 32 points in 2022 with mistakes despite “performing at the highest level of my career”.

“No, it wasn’t [a mechanical issue], or at least I don’t know yet if it was,” he said when asked by Autosport to explain his crash.

“But, no it doesn’t look like it was, it was just a mistake.” 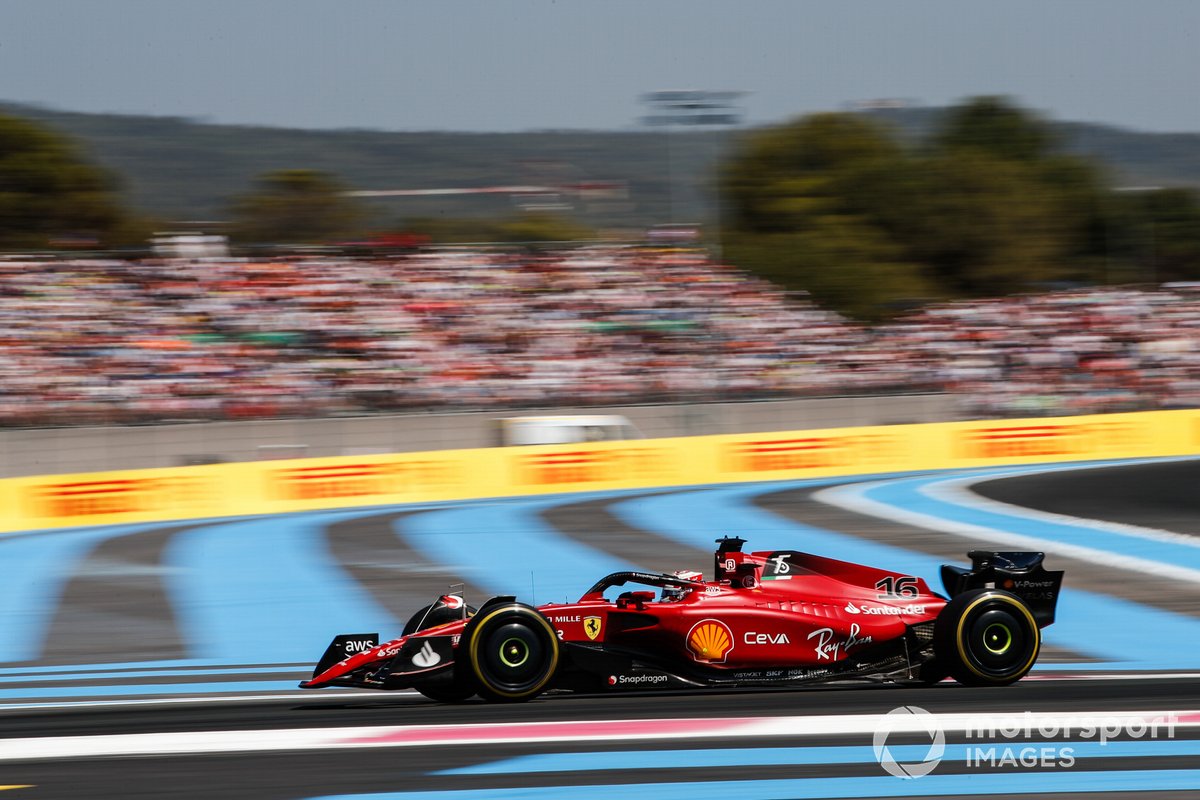 He added: “Obviously it’s extremely frustrating. I feel like I’m performing at probably the highest level of my career since the beginning of the season, but there’s no point performing at that high level if I am doing those mistakes.

“I think there are 32 points overall [I’ve lost with mistakes], 25 today I think it was likely we were going to win today because we were fast.

“And seven in Imola with my mistake, so at the end of the year we will count back, and if there are 32 points missing then I know it’s coming from me and I did not deserve the championship.

“But for the second half of the championship I need to get on top of those things if I want to be a world champion.”

Leclerc also noted that the car didn’t do anything strange before the crash, but “it’s been a very tricky balance all weekend” and the heat “makes it difficult to be consistent” from lap to lap.

Asked what his thoughts are at this moment regarding his own title aspirations, Leclerc added: “I will believe in it to the end and I will count it at the end, but right now it doesn’t look great.”