Charles Leclerc believes the clash between Max Verstappen and Lewis Hamilton in Formula 1’s British Grand Prix was nothing more than a racing incident.

Leclerc had the best view of the opening lap crash at Silverstone, as he was running right behind the lead Red Bull and Mercedes cars.

While he believes Hamilton had a bit more room to play with at the apex of the corner to avoid contact, the Ferrari driver believes that Verstappen was aggressive with his turn in.

“Everything went very quick. Obviously I could see there were quite a bit of things going around in front of me. And yeah, I think it’s a racing incident.

“It’s quite difficult to put the blame on one or the other. Obviously there was space on the inside. Maybe Lewis was not completely at the apex but it’s also true that Max was quite aggressive on the outside. So, things happen. What is the most important today is that Max is unharmed and is fine.”

The FIA stewards did not agree that the crash was a racing incident, and they handed a Hamilton a 10-second time penalty. 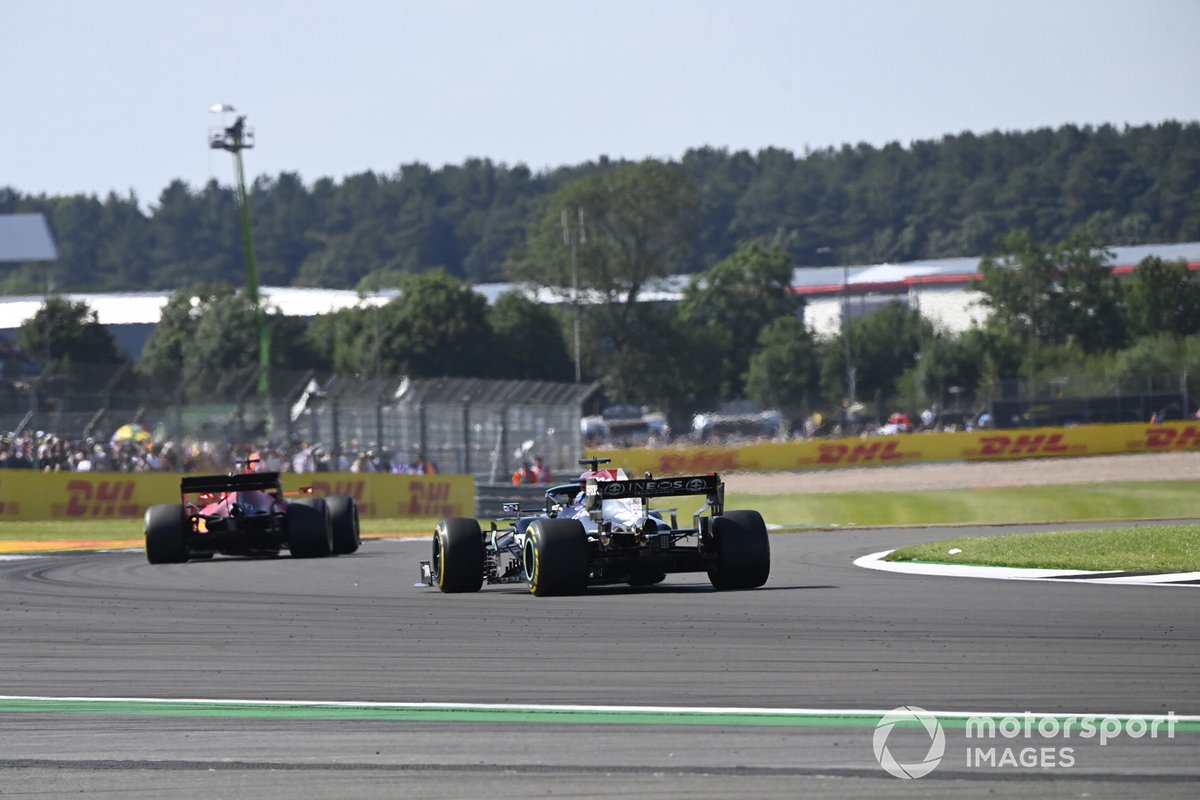 The clash handed Leclerc the opportunity to take the lead before the red flag, and he maintained his advantage at the front after the restart.

But despite a strong race performance, Leclerc did not quite have the pace to hold on for the win and was overtaken by Hamilton with just three laps to go.

Reflecting on the race, Leclerc felt that until Hamilton actually got him he was on course for his first Ferrari win since 2019.

“Until then I still believed I could win this race, and it’s the way it should be,” he explained.

“If I was thinking of being second before that, I think it will have gone even worse. I believed in it until the very last moment.

“Obviously I had my engineer telling me Lewis’ pace on the hard tyres, and I was like ‘that’s quick’. I was pushing 200% but obviously it wasn't’ good enough to keep that first position in the last laps.”