Leclerc: Ferrari made "too many mistakes" in Monaco GP defeat

Charles Leclerc says Ferrari made "too many mistakes" during the Formula 1 Monaco Grand Prix and it "hurts" after he endured another tough home race having dropped from the lead to finish fourth.

Leclerc's race unravelled as the Monaco track dried up after heavy rain delayed the start, with Ferrari opting to keep the polesitter out longer on wet tyres in a bid for a straight switch to dry tyres.

But after both Sergio Perez and Carlos Sainz got into undercut range on the intermediates, Ferrari pitted Leclerc for the same tyres which dropped him to third.

But with the crossover for dry tyres rapidly approaching, Ferrari pitted Leclerc for a second time shortly afterwards and double stacked him behind Sainz to lose further time which resulted in Leclerc falling to fourth place behind F1 world title rival Max Verstappen.

Despite a second red flag for Mick Schumacher's crash and a run in dry conditions to the end of the race, Leclerc was stuck in fourth place without the opportunity to strike back and missed out on a maiden home race podium – but did at least finish the first home race of his career.

Reacting to another Monaco GP disappointment, Leclerc felt Ferrari made strategy mistakes with both his pitstops and called on the team to improve as he dropped nine points behind Verstappen at the top of the F1 drivers' standings.

"Sometimes mistakes can happen but there has been too many mistakes today overall," Leclerc told Sky Sports. "Obviously in those conditions we rely a little bit on what the team can see because you don't see what the others are doing with intermediates, with dry tyres. 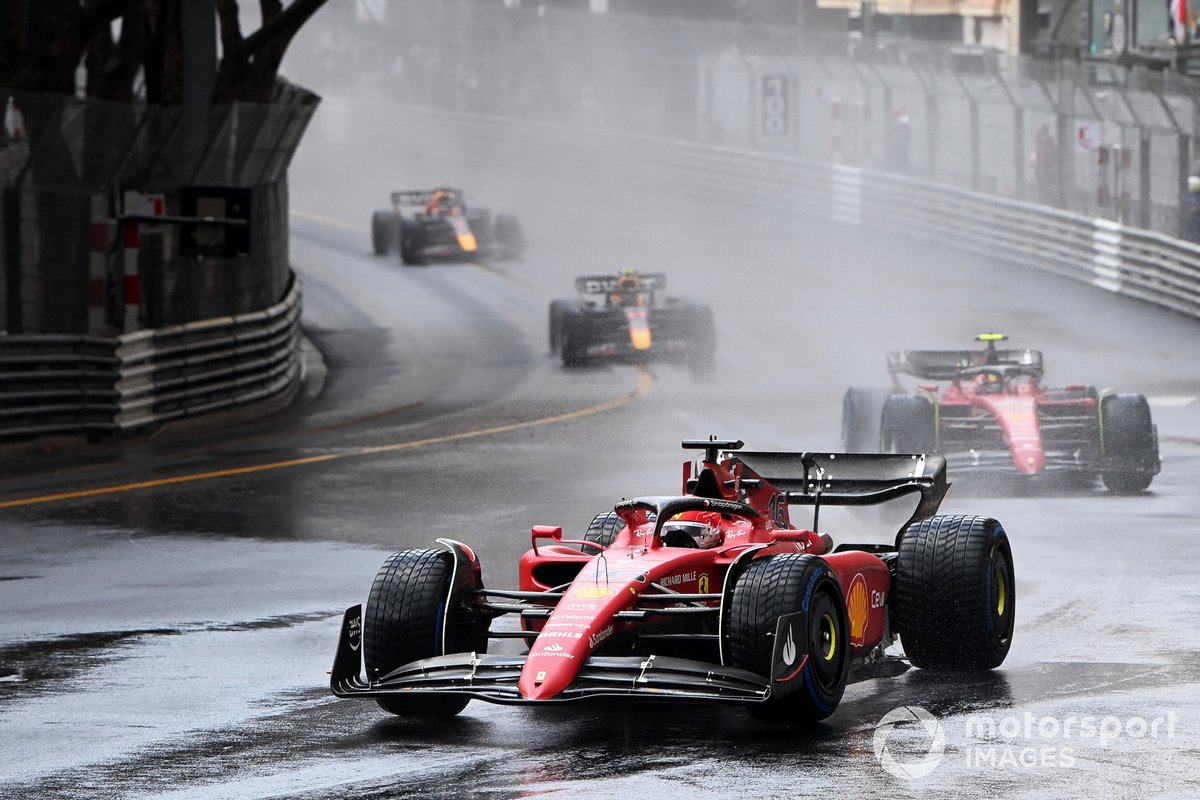 "I've been asked questions if I wanted to go from the extreme wets to the slicks and I said, 'yes but not now, a bit later on in the race', but I don't understand what made us change our minds and go on the intermediates.

"We got undercut then I stopped behind Carlos. There have been a lot of mistakes and we cannot afford to do that."

Leclerc also felt these mistakes are even more critical compared to previous years, as Ferrari is fighting for the F1 world title against Red Bull.

"It is hard as it has been in the other years here, so I am getting use to it and getting back home feeling disappointed but we cannot do that, especially in a moment that we are in now," he said.

"We are extremely strong now, the pace is strong, we need to take these opportunities, we cannot lose so many points like this, it is not even from first to second, it is from first to fourth, because after the first mistake we did another one.

"I love my team and I am sure we'll come back stronger, it hurts a lot."