Charles Leclerc says struggles with the front-end of his Ferrari Formula 1 car made French Grand Prix qualifying a “disaster” before recovering to seventh on the grid.

Leclerc arrived at Paul Ricard off the back of consecutive pole positions in Monaco and Baku, but downplayed Ferrari’s chances of factoring in the fight at the front upon the move back to a permanent circuit.

While Carlos Sainz Jr was able to qualify fifth on Saturday, Leclerc struggled more through qualifying, scraping through to Q3 after a difficult final run in Q2.

Leclerc was heard on team radio complaining about the front end of his car in Q3 before rallying to seventh place, finishing 0.147 seconds off Sainz’s time.

Speaking in the print media pen at Paul Ricard after qualifying, Leclerc explained that the struggles were more down to him than the car, and that he had been adjusting his approach to drive around the issue.

"I just couldn't drive around the limitation that we've had a little bit all weekend, struggling a little bit with the front,” Leclerc explained.

“But to be honest, it's more coming from me than from the car. It's a limitation that Carlos and I had, and Carlos just did a better job driving around that issue, and I just struggled in qualifying to drive around it.

“It's more something that is coming from me that I will analyse after qualifying, and to understand what I could have done better with my driving to help a little bit the car today.

“I was actually pretty happy with my last lap in Q3, because before that it was a disaster. I was very, very far off. 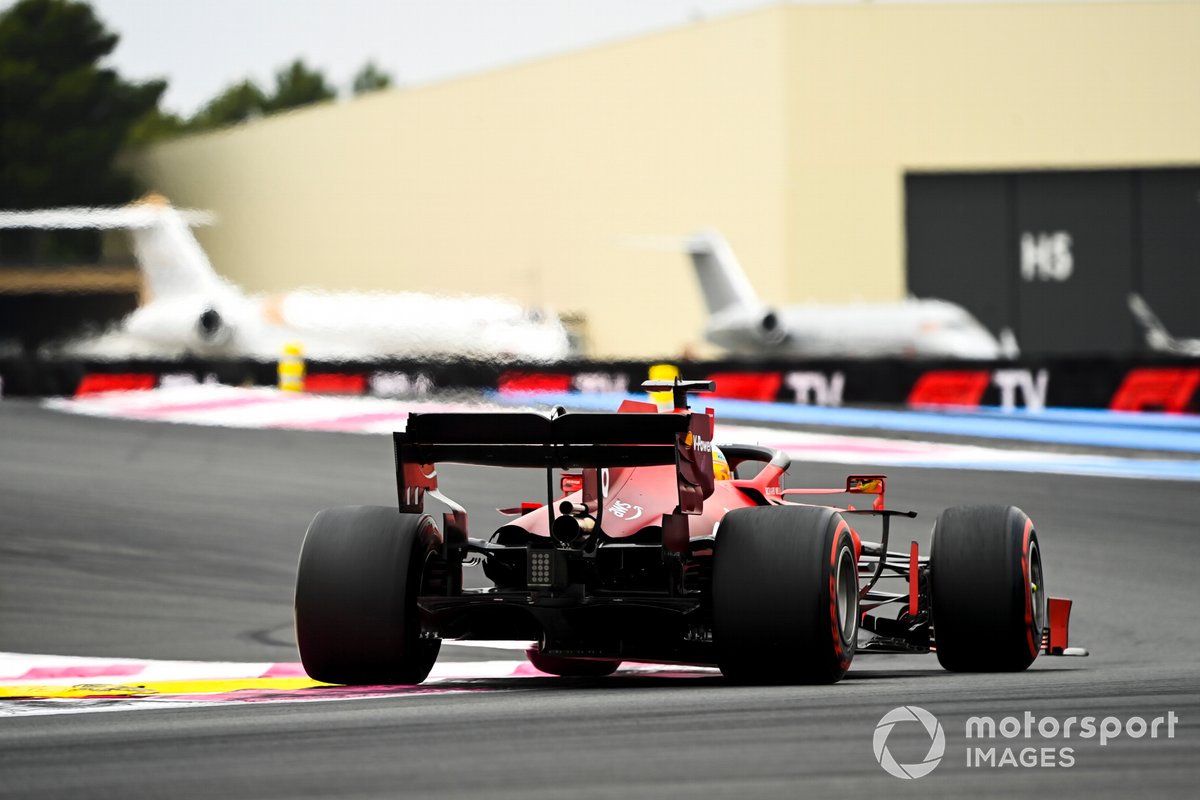 Sainz said that he was also struggling a bit with the front tyres, believing it was easy to get them outside of the optimum temperature window.

“We're struggling like everyone with the front tyres feeling a bit too soft,” Sainz said.

“It’s difficult to drive the tyres on their peak, it's very easy to overheat them. I was trying to stay disciplined, but I was also struggling with the same [issue]. It's not easy.

“The important thing is that today with every compound and in every wind direction that changed through qualy, I kind of knew how to adapt, how to change, and suddenly, the lap time was coming.”

Saturday’s result marked only the second time this season Sainz had outqualified Leclerc. The Spanish driver was grateful for a clean qualifying, having been frustrated by red flags at recent events that cost him an opportunity to secure a higher grid position.

“I must say that today was also a bit of a relief after two or three frustrating qualys where I didn't manage to do at any of the laps to extract the full potential of the car,” Sainz said.

“Coming here, I really was looking for a clean qualy. No issues, no red flags, two or three strong laps in Q2 and Q3. And that's exactly what I managed to put together today.

“All the way since Q1, in Q2 with the medium, to Q3, they were really, really good laps. And yeah, a bit of a relief, because it had been a frustrating two or three qualys recently.”