Kubica has no regrets about F1 comeback despite Williams struggles

Williams has endured a tough start to the 2019 season, which started with its FW42 arriving late to pre-season testing.

Its technical chief Paddy Lowe has decided to take a leave of absence, and the car proved to be the slowest on the grid by some margin at last weekend's season-opening Australian Grand Prix.

But Kubica said the personal satisfaction of returning to F1 after more than eight years away outweighed the negatives of his current situation.

Asked by Autosport if he had any regrets, Kubica said: "No - because in the end I took the decision after thinking for more than six weeks last year.

"I knew it would be an extremely difficult challenge for me to be back in such a competitive sport and being on the grid, and I knew it might be difficult for Williams.

"But I didn't expect to come to Australia so unprepared.

"[That's] not from a physical point of view but from a lack of driving. For me, before testing, Barcelona would be the most important days of the last eight years as a driver - although not as a person, when I was in hospital and couldn't walk.

"As a driver, there haven't been more important test days in my life from the driver point of view as Barcelona.

"Unfortunately Barcelona didn't work out at all.

"So it put me into the difficult position, but somehow I have to go through them here, in Bahrain, and probably for a couple more races.

"But I hope and, from what I can see, I think I cannot regret. Even if I struggled here [in Australia], I still enjoyed it, which is a big difference compared to long time ago.

"I am not an emotional guy but after the race, it felt like a great achievement."

Kubica was three laps down in Melbourne and last of the 17 finishers, although his race was compromised at the first corner when he lost his front wing in a first-corner clash with Pierre Gasly.

He said he will probably never be able to completely silence questions that surround him after the arm injury he suffered in a rally crash in 2011, but added he would never have forgiven himself had he turned down the chance to make a comeback.

"Because of my limitation, I always have to show more than the others because people always have doubts," he said.

"The only thing I can do is try to do my job the best I can, and try to leave all the grands prix with positives and negatives. 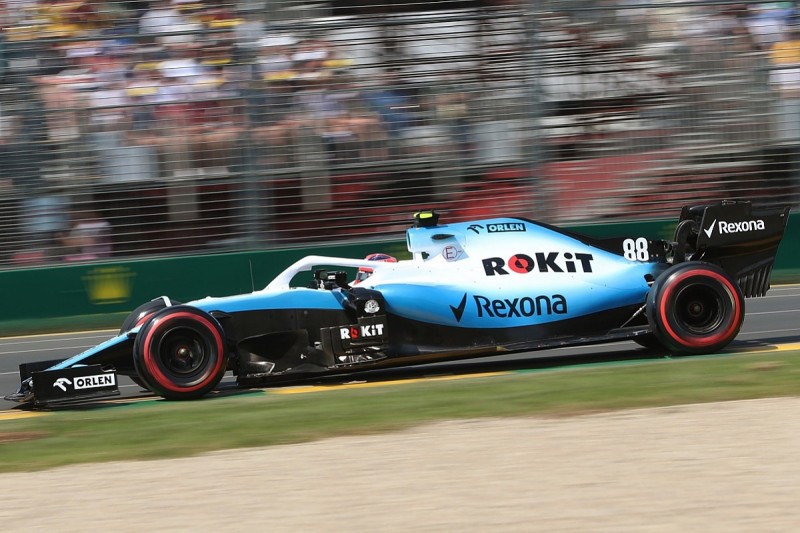 "I don't believe that there can be 100% positive things. You can always do better things. Even if you are winning races, you can always improve.

"Knowing how F1 has changed, I think I am honest enough with myself to judge properly and correctly what I have to learn, where I have to learn and improve.

"I think only this approach brought me back to F1 and actually kept me fighting.

"Otherwise for me it would have been much easier six years ago to accept opportunities I have in GT3 or DTM, enjoy, have even less stress, and probably have more fun with driving because I will be probably fighting for better positions.

"But somehow there is a reason why I am here. And it might be that at the end of the year I will regret something, but one thing I will not regret is to try."