The Ferrari driver made a mistake on his first run when he ran through the gravel at Stavelot, but he regrouped to finish third quickest with his final attempt, just 0.166s adrift of pole-sitter Nico Rosberg.

"The second run was pretty good but comparing to my Q2 lap, I lost two tenths in the last chicane," said Raikkonen.

"I got understeer. Obviously pole position was there. We had a good chance.

"It would have been more easy not going off on the first run and have a decent lap but that is how it is.

"It's disappointing because we were close and it would have been nice to get it.

"Compared to the previous few races, we can be satisfied with where we are with qualifying.

"But we are not in front so we cannot be too happy."

Ferrari went aggressive with its tyre strategy, choosing seven super-softs, five softs and just one medium set for this weekend.

But despite the super-soft expected to only last a handful of laps in the unusually hot conditions at Spa, Raikkonen - who will start on the soft - remained confident in Ferrari's strategy.

"We should be just fine," he said. "It has been probably more tricky than anyone expected because the conditions are not exactly normal Spa conditions.

"What we have, it's enough for what we want to do so it should be fine."

ROSBERG WAS 'OFF THE PACE' 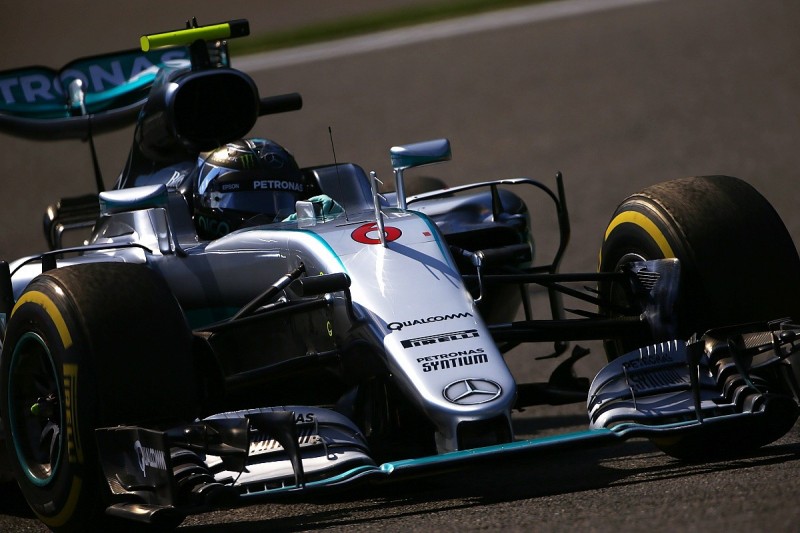 Nico Rosberg was delighted to get pole position, particularly as he said Mercedes was struggling for pace after final practice.

"We had a difficult weekend up to now, especially this morning," said Rosberg.

"We were seriously off the pace on one lap and it wasn't so easy coming into qualifying.

"After FP3, we were still quite a way off the pace. But we managed to turn it around.

"We made quite a few changes going into qualifying, we found the right way and it all came together."