Raikkonen had been two tenths faster than team-mate Sebastian Vettel in final practice and Q1, then beat his team-mate by half a second in Q2, and was behind only the two Mercedes in qualifying's first two segments.

But come Q3 he slipped back to sixth place, a tenth and two places down on Vettel, following a disappointing first lap and then the stoppage prompted by Daniil Kvyat's huge crash.

"In the end it was quite disappointing," said Raikkonen.

"We had good speed all the way through, but a bit of an average feeling on the first run in the last qualifying.

"Then obviously there was a red flag so it was a bit of a shit end result.

"It was just one average lap and it ended up costing us a lot.

"I felt a bit better on the out-lap of the last one but we never managed to do the lap with the red flag."

After winning in Singapore with Vettel last week, Ferrari has been off Mercedes' pace and battling with Williams and Red Bull at Suzuka.

"The bottom line is [Mercedes] are back to the competitiveness we've seen all year, unfortunately," said Vettel.

"Our main rivals should be Williams and Red Bull."

The German said he might have beaten Valtteri Bottas's Williams to third on the grid had Q3 run uninterrupted as his car had been improving through the session.

"It was a bit tricky at first, I didn't get into the rhythm straightaway," Vettel admitted.

"I was fairly happy with Q1 and then I was not that happy with my first set of medium tyres in Q2. 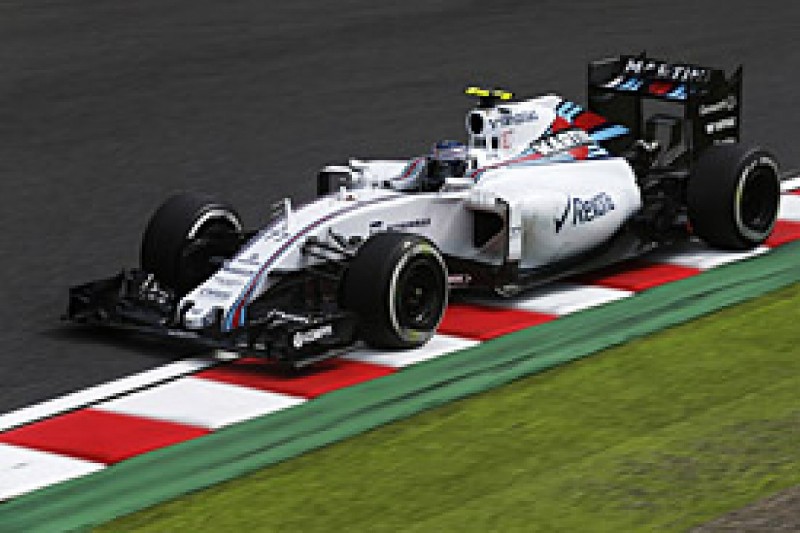 "Then on what turned out to be the only attempt in Q3, the car did come alive.

"I was a lot happier and I think the laptime was [going to be] competitive.

"There was maybe one more position to gain, but obviously we didn't have the last run."

WILLIAMS BACK ON THE PACE

Williams ended third and fifth on the grid with Bottas and Felipe Massa having fallen away from podium contention in Singapore.

Bottas put that down to both developments and the car being better suited to Suzuka.

"We always knew it would be much better than the last race," he said.

"We had some new bits from the last race in Singapore.

"It has helped as you need good stability here. I'm really comfortable with it.

"Things have gone very smoothly. As a group, we did a very good job today but it is tomorrow we have to do a perfect job."