Raikkonen will start the F1 season finale only fifth, having qualified seven tenths of a second away from polesitter Valtteri Bottas's Mercedes.

The sister Ferrari of Sebastian Vettel was over half a second off the pace in third, with Daniel Ricciardo getting ahead of Raikkonen for fourth in the final moments of qualifying.

"I think the car was very good but it was tricky to make the tyres work consistently," said Raikkonen.

"It was a good feeling with the car but the tyres were some corners very good and then a bit too snappy and hard to make them work well."

Asked where in particular the tyres had been a problem, Raikkonen replied: "It gave good grip but it just snapped a little bit and there was oversteer on the last lap and oversteer in [Turn] 11 on the exit that compromised the next few corners. 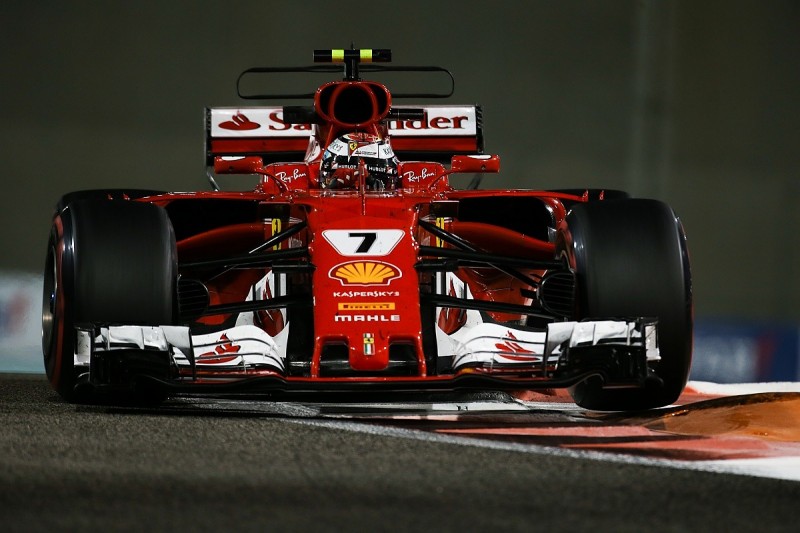 "I felt there was a lot of speed but I couldn't really use it."

Vettel said he had struggled with the complex leading onto the back straight, but believes Ferrari will be quicker in the race.

"I was fighting a bit in qualifying with the sequence of [Turns] 5/6/7, but overall we are happy with the car around the lap," he said.

"A bit of a shame to be that far back.

"Tomorrow we have good pace so should be closer. It should be a good race, overtaking is not straightforward but it's not impossible. Let's see."