The Dane got a second chance in F1 with Renault, after being discarded by McLaren following a single rookie season, and he scored the team's only points-finish with seventh in Russia.

But his future along with that of team-mate Jolyon Palmer beyond this season has been uncertain, with Renault believed to be exploring several options for its 2017 line-up.

Sergio Perez is believed to be a target while Renault says it is evaluating its former reserve Esteban Ocon now he has a race seat at Manor.

"I hope this is the last race I'll do without knowing what I'm doing," he told Autosport.

"That's what I've been told.

"There should be a decision quite soon hopefully and I'll know what I'm doing then."

Renault has endured a difficult return to F1 as a works team, with its focus already on 2017 as it bids to move up the field.

This year's car was a compromise, following a late deal to make Lotus its works team, and it has never recovered.

Magnussen, who finished a lap down in 17th at Monza, admitted the team is at a loss to explain its fluctuating form. 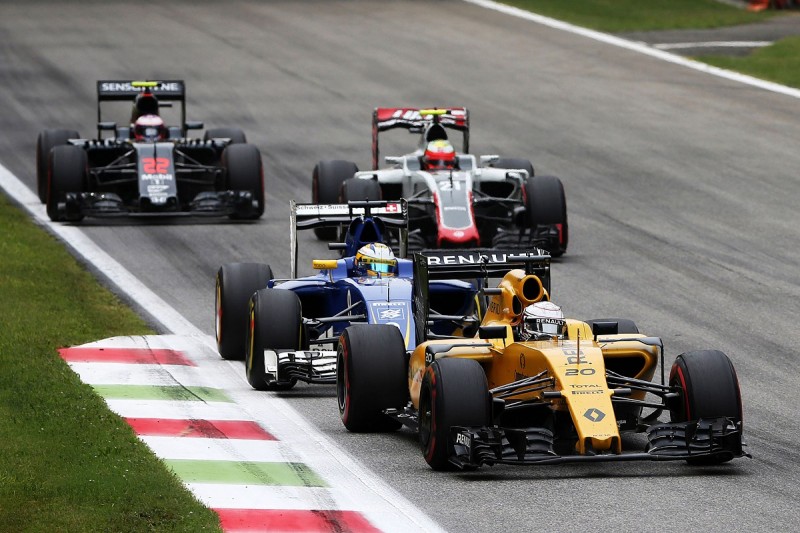 "There were a lot of unknowns at Monza in terms of things we don't really understand," he said.

"It was in Spa as well but it turned out the right way - it gave us performance and we didn't really understand why we were better.

"Here it was the opposite case, lacking performance compared to normal and not understanding why.

"This car is a little bit difficult to understand many times, especially with the tyres.

"When you have a car that is underperforming, tyres become such an issue and they become difficult to manage in both qualifying and the race.

"We need to get our heads down and hope for better.

"This season is going to be a bit like that and hopefully next year we're going to start from a better point."

Why Ferrari is going nowhere