Jenson Button: Mercedes will be on top in F1 for months yet

Lewis Hamilton and Nico Rosberg have dominated the opening four races of 2014 for the manufacturer team, while its engine customer McLaren has slipped back since finishing second and third with Kevin Magnussen and Button in the season-opening Australian Grand Prix.

Button, who finished a lap down on the winning Mercedes of Hamilton at the recent Chinese Grand Prix, reckons it will be difficult for any team to close the gap until the summer at the earliest.

"Yes I think so," replied Button when asked if he feared it would be the second half of the season before the current points-leading team was caught.

"We're bringing updates all the time, some bigger than others, but I think for any team to find a second is a big ask over the next couple of races.

"And that's with Mercedes standing still. And they're not going to do that.

"It's going to be tough and we've got to be realistic about it.

"Some people might over-deliver and we might see in two or three races that we're able to fight them, but I think it would be very impressive for any team to achieve that."

McLaren's MP4-29 lacks downforce at present, and racing director Eric Boullier reckons the weather also played a significant part in McLaren's pointless performance in the most recent race in China.

Button said it was crucial for the Woking outfit to use its technical might to break away from a tight midfield battle and fight regularly again with the likes of Ferrari and Red Bull. 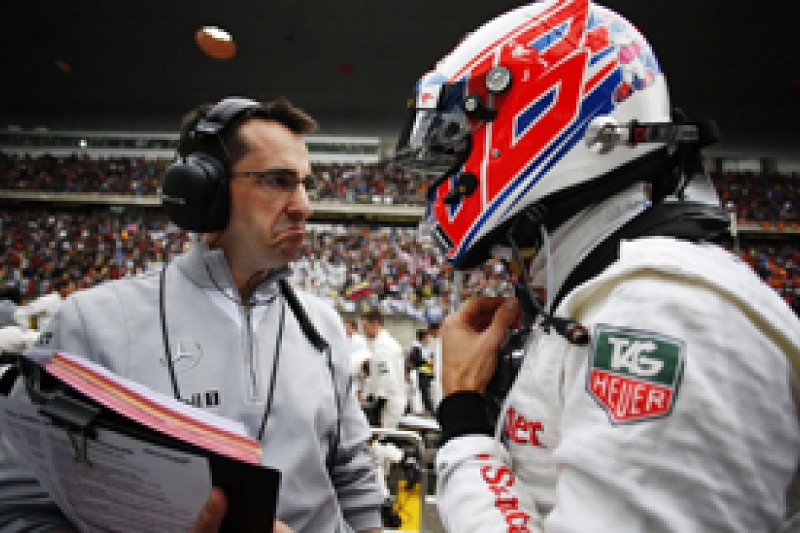 "We're miles behind the Mercedes but we're in a good little scrap with five other teams," Button added.

"We're not worried about later in the season. We feel we can develop faster than most teams."

McLaren racing director Eric Boullier is concerned Mercedes may still have some extra performance in hand, but remains hopeful at least one team will be able to rein it in before the end of the season.

"It looks like if someone tries they go even faster, [so] I don't know," he said when asked by AUTOSPORT if anyone could catch Mercedes.

"I hope so. I think it is possible one team could do it, not most of the pitlane, but someone can."