Jenson Button claims to have made his decision over whether to continue in Formula 1 beyond 2015, and conceded racing in McLaren-Honda's current situation gives him little "joy"

Button has long stated the moment he was not happy at the wheel then he would decide to call it a day, and intimated he would like to make an announcement at this weekend's Japanese Grand Prix - which he considers a second home race.

"The joy of being in the car is only there if you are fighting at the front and you feel as though you are achieving something," said Button, speaking to British reporters.

"If you're fighting near the back, you're driving an F1 car, but you can easily get joy driving something else.

"It's about fighting at the front. It's about the possibility of standing on top of the podium. That's the joy of Formula 1."

McLaren holds the option on Button's services for 2016 and has the final say over whether he continues, though it is unlikely to force the 35-year-old to stay if he is set on retiring from F1.

Button indicated his mind was made up.

"I have made that decision, that's the important thing," he said.

"It is always nice to make an announcement when you are at your home grand prix, but I don't know what's happening yet.

"There are a lot of meetings in Japan, Ron Dennis and Eric Boullier will be there.

"I'm sure there will be a lot of meetings at the headquarters."

The Briton's 278 grand prix starts - only Michael Schumacher and Rubens Barrichello have competed in more races - have taken him from a 20-year-old rookie straight out of Formula 3 with Williams in 2000, to a stunning '09 world championship with Brawn, a team that rose from the ashes of Honda's exit the year before.

He switched to McLaren thereafter, finishing runner-up in the 2011 championship - albeit as a distant second to champion Sebastian Vettel.

Since the last of his 15 wins in the 2012 finale, Button has physically not stood on a podium - his third place in Melbourne last year awarded retrospectively after Daniel Ricciardo's disqualification.

The current campaign with Honda power has been particularly wretched, with Button retiring five times, not even starting in Bahrain, and finishing in the points on just two occasions.

"It's not an easy situation for anyone and the best way is to work together, to make sure personnel and money is being put into the right area," said Button.

"I know the Japanese are working flat-out. They have no rest.

"But as McLaren-Honda, we need to make sure everything is going in the right direction."

Should Button leave, it becomes a straight fight for the vacant seat between reserve Kevin Magnussen, and test and development driver Stoffel Vandoorne, who is also this year's runaway GP2 leader.

It seems as though we are moving towards a speedier resolution to the question of Jenson Button's future than we saw in 2014.

The 2009 world champion is contracted to McLaren, so his future is not entirely his own to decide, but if the team chooses not to activate the option it has to retain him for '16, or Button negotiates his way out of the deal, then he is free to do as he pleases.

McLaren will certainly not want to keep Button if he is demotivated.

Button at his best is still a fine asset to any F1 team, but Button embarking on a bleary-eyed farewell tour next season will do neither party much good.

McLaren-Honda has a lot of work ahead of it still, and requires a driver who will give everything they have to push the team up the grid, and give star signing Fernando Alonso a run for his money.

That way the whole project will have the potential to travel along much faster.

Button has previously told McLaren he wants to stay in F1 next season, but it sounds as though he is not enjoying his racing as much as he once was. 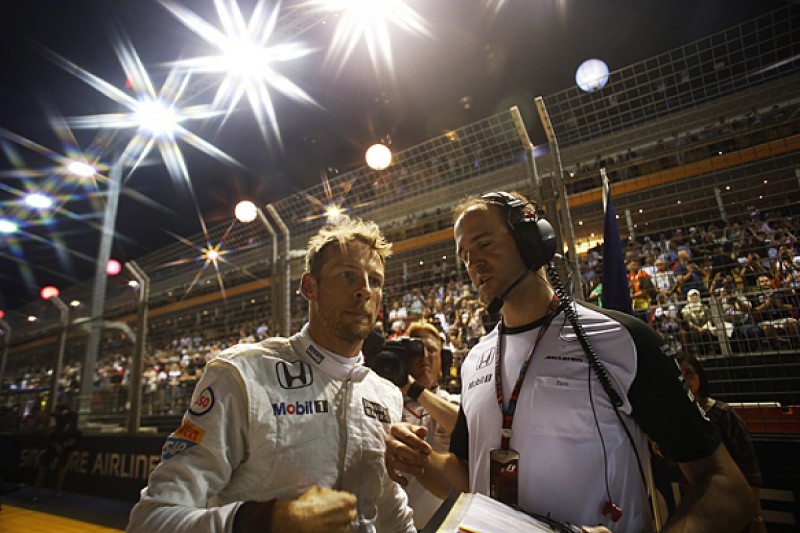