Championship leader Rosberg clocked a 1m32.431s to finish 0.215 seconds clear of his Mercedes team-mate, with Ferrari's Sebastian Vettel eight tenths back in third.

Hamilton and Rosberg were evenly matched in the first and third sectors, with the former losing the time in the middle sector.

Rosberg set the early place with a 1m33.751s, two tenths clear of Hamilton, and maintained that advantage when Mercedes fitted fresh softs later in the session.

Kimi Raikkonen was fourth quickest, two tenths shy of his Ferrari team-mate, with the Red Bull duo of Daniel Ricciardo and Max Verstappen fifth and sixth respectively and the best of those on mediums rather than softs. 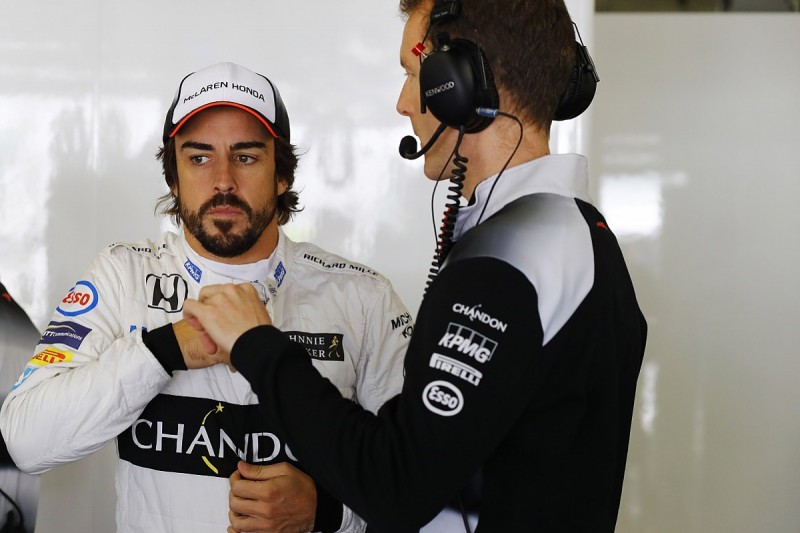 Alonso snapped into a spin as he turned into the first part of Spoon, clouting the barrier hard and damaging his McLaren's rear wing.

He recovered to the pits but ended the session with just 10 laps to his name after Honda found he had damaged the new lightweight engine exhaust.

Romain Grosjean also had an off-track excursion, skating off at the second Degner.

The Frenchman said on team radio "the brake doesn't brake", having tapped the front wing on the barrier before reversing out and retreating to the pits.

Jolyon Palmer, who scored his first F1 point in Malaysia last week, finished bottom of the timesheet and ended his session early because of an electrical fault.