Interview: The man who brought Hamilton and Mercedes F1 to Barbados

The full story of the event appears in next month's F1 Racing magazine, but Mark Maloney (pictured below) - boss of a real estate and construction company in Barbados but executive chairman of the Bushy Park racetrack in his spare time - talked to Autosport about the facility, the Race of Champions and his vision for the future of racing on the motorsport-mad island.

Q. How did you come to be involved in this racing circuit?

Mark Maloney: When this track first opened in 1970, my father built his own car and was an avid amateur racing driver here. Then, inevitably my two brothers got into racing and in my early 20s I also got involved in karting, rallying and also built a circuit car.

Back in the early 1990s, motorsport was probably the most popular sport in Barbados. Crowds of 30,000 people - that's 10 per cent of the population - would come to an event. Interest dipped a little as the economy did, but prior to 2013 it was booming again and I was looking to help out at this track.

Q. Where did the funds come to redevelop the circuit?

MM: The president of the Barbados Motoring Federation is Andrew Mallalieu and he's also a steward at F1 races too.

He was trying to get a grant from the FIA that was available to help countries to develop their facilities - and part of the money came from the $100million 'Spygate' fine issued to McLaren in 2007.

I put up $200,000 and the FIA put up the same amount and eventually Jean Todt came to visit and we had a ground-breaking ceremony. 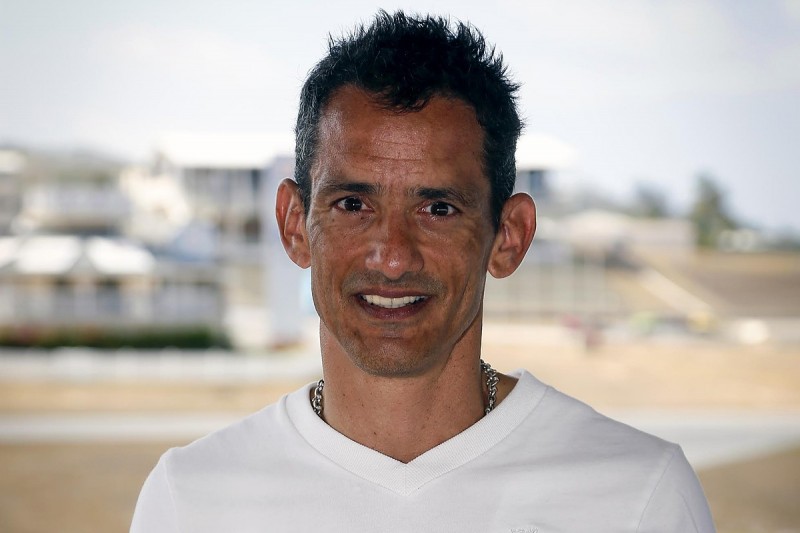 Q. Who helped with the redesign of the track?

MM: There's a guy called Roger Peart who is the head of the FIA circuit commission who also designed the Canadian GP track in Montreal. We invited him down to help us and we got the sign-off on this FIA Grade III facility.

We started construction in October 2013 and worked around the clock to have everything ready for May 2014 and the Top Gear Festival event.

Q. Later that year you hosted the Race of Champions at Bushy Park. Was that a success?

MM: The Race of Champions gave the company and the facility more exposure and more credibility but it wasn't really in keeping with what the cultural side of Barbados wanted. And as a result we didn't have a great turn-out. The first day we had 3000 spectators and the second day 4500.

In comparison for the Top Gear Festival on the first day we got 6000 and the second day 13,000 spectators.

So last November we brought over the Global Rallycross series instead. Now we have about nine events a year and starting this May we have the Barbados Festival of Speed. So we've learnt a lot over these three major events.

Q. As well as Lewis Hamilton demonstrating his Mercedes, what else featured in this inaugural Barbados Festival of Speed?

MM: We've embraced the local racing clubs, we have Suzuki Swifts, a Radical SR3 series, stunt bikes, monster trucks, and we have shipped over 15 Nissan Micras from a banger racing club in the UK called The Dreamers. They will leave the cars here so we can develop banger racing in the Caribbean.

Our audience is very enthusiastic about motorsport. They know everything about NASCAR, IndyCar, drag racing, MotoGP, Rallycross, WRC. Everything.

Q. And you've got ambitions to develop a karting scholarship too?

MM: Yes we have a karting circuit here with 60cc, 100c, 125cc and shifters and it's our ambition to get a driver to an FIA world championship series by 2020.

We auctioned passenger rides with Lewis Hamilton to help towards that and we have the backing of the government too. 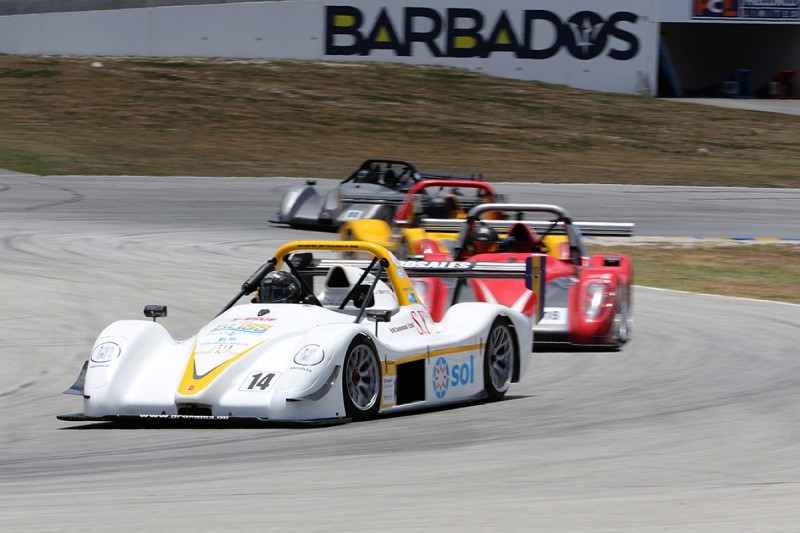 Q. Are you making a return on the amount you've invested into this track?

MM: Well, I've put about £14million here and we need to make that pay back in time. We're going to build an off-road facility and we have bungee jumping and rock climbing too.

We've also built luxury car suites, so that owners of Ferraris, Lamborghinis or Bugattis can buy a unit and drive their cars here.

There's an old plantation building that we're going to renovate into a car museum and members lounge. And we've introduced a defensive driving programme in Barbados, so we get young drivers to go through a driving school so after they have got their licence they get a reduction on their insurance premium. I'd also like to develop historic car racing here.

Q. What is your vision for the future of the circuit?

MM: I would like to build a quarter-mile [longer] circuit, so I'm looking at acquiring land to the north of the facility. A bigger circuit means that we could aim for FIA Grade II status so we can attract competition at the level of say FIA World Touring Cars or [Formula] V8 3.5.

I think an F1 race in Barbados is beyond our capabilities, as I don't think the island infrastructure could cope as there's not enough hotel rooms for a start.

But if we can also encourage manufacturers to come to Barbados and test in the off-season that would be good too - it's a great climate...

Q. Clearly getting Lewis Hamilton to your event has been a coup too...

MM: Lewis is very big in the region and it's great to welcome him back after he came here in 2014 with the Top Gear event.

He understands the restrictions, but also he knows we're humble and passionate. He wants to have some fun and we do too, so it's been great he's been able to find the time to come here - and hopefully again in the future too.

We would like to thank Bushy Park Barbados and The Crane in St Philip for their assistance with the story. Read about Lewis Hamilton's exploits in the Barbados Festival of Speed in the July issue of F1 Racing, on sale next month 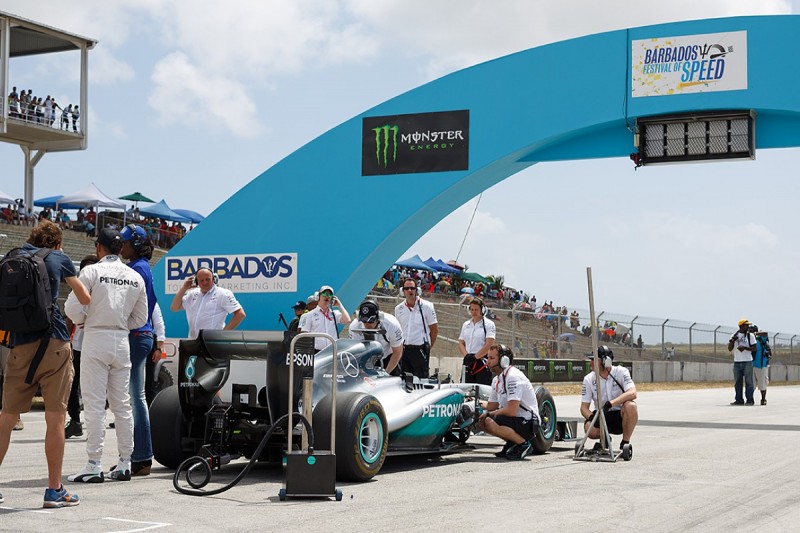