The Frenchman had been a frontrunning contender ahead of qualifying, but he after not delivering enough speed on the slower medium compound tyres.

The team had not expected the softer tyres to deliver as big a step forward as they did, and boss Eric Boullier reckons that lessons needed to be learned to prevent a repeat mistake in the future.

"We just got it wrong," Boullier told AUTOSPORT. "The qualifying strategy was decided at the beginning and, based on the pace we saw in the other session, we believed it would be possible go through and it was just a mistake.

"We have to reassess our processes of simulating the pace and make sure we don't do it again. There is nobody to blame - we just got it wrong."

Boullier reckons that Grosjean had the pace to have challenged for a front row grid slot, but still believes a big points haul is possible.

"We are thinking now to see if we can gamble something that can bring him into the high points," he said.

"We could even start on the option and stop after four or five laps, so he can then give it his all and then see."

Grosjean was philosophical about the mistake and reckoned that perhaps he and Lotus had been over confident in their expectations. 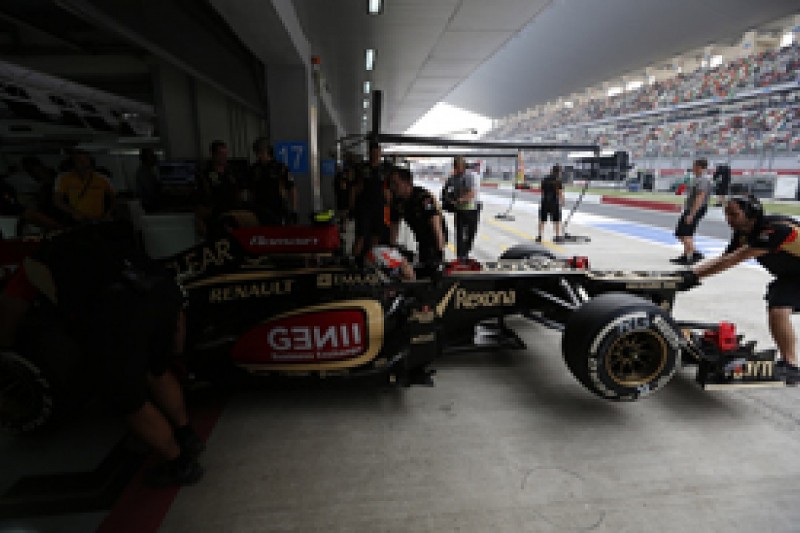 "It is not the end of the world - but it is not good for the constructors' championship and not what we were expecting," he said. "Maybe we were a bit too brave today.

"We proved in recent races that we were able to go through on the slower tyres and then do some strong races.

"Here, we had a very good weekend up until qualifying, with good pace on the long runs, and then we just missed the chance.

"We will learn from that and try to not to make it happen again."