The FIA made it clear to drivers that rules on track limits would not be strictly enforced on corner exits in qualifying for the Indian Grand Prix, but things will be tightened up for the race

After recent penalties for Romain Grosjean in Hungary and Daniel Ricciardo in Japan for gaining positions by running off the track, there was some surprise that drivers were freely able to run wide at the Buddh circuit.

However, it has since emerged that FIA race director Charlie Whiting discussed the matter with drivers in their briefing on Friday night and it was deemed the crossing the track limit lines would be permitted in qualifying.

That is because the nature of some of Buddh's high-speed corners, with blind exits, meant it was difficult to drive with total accuracy on a flying lap.

Furthermore, it was agreed that running across the kerbs and artificial grass was actually slower than staying on track, so no advantage could be gained.

When asked by AUTOSPORT to explain the situation, Romain Grosjean said: "Qualifying was free to use whatever we wanted to - it has been like that for the last three years here.

"There are modern circuits where you can go very wide, and it is not an advantage to go on the kerb and the AstroTurf, as you just slide."

Marussia's Max Chilton made it clear that track limits were being enforced, however, on the inside of the corners.

"In the drivers' briefing, Charlie said it was OK to run as wide as you like on exits, but you are not allowed to cut apexes," he said.

"On the exit of a corner, he believes that here on all of the exits where you do it, there is no benefit so we can do that."

Mark Webber, who ran wide at several points during qualifying, was adamant that there was nothing to be gained by running wide.

"You don't want to go off as you get crap on your tyres," he said. "It is a pain in the arse and it hurts your back as well. We want to stay on the circuit. 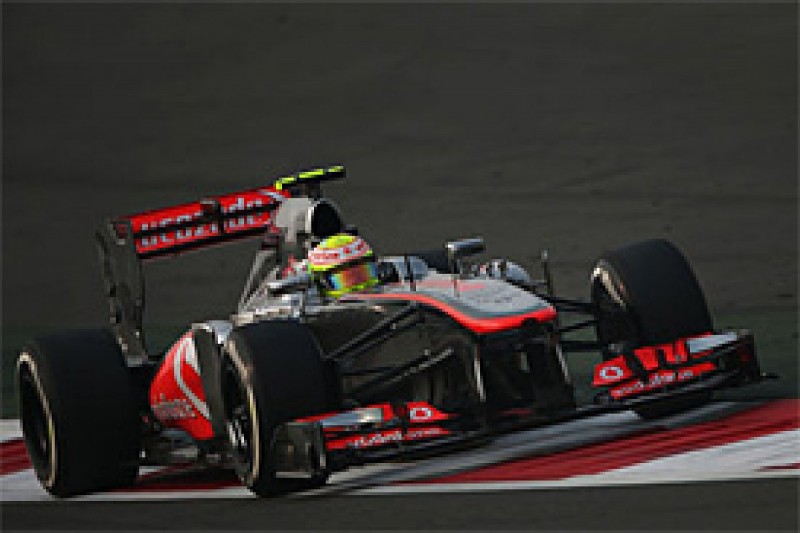 "On one lap I was on the grass and the next time through I was inside the track, and gained half a tenth.

"It is more about the nature of the exit of Turn 11 and Turn 15 where it is not always easy to see where you will end up - as you pop out the other side."

Although using the corner exits was okay for qualifying, drivers have been told that if they abuse the track limits in the race to gain an advantage then they will likely be handed a penalty.

Grosjean added: "In the race, as long as you don't gain an advantage, going wide is fine. But, if you gain a position by cutting the chicane [for example], you will get a penalty."