Nico Hulkenberg says Renault's new Formula 1 car is 'not good enough' with its performance and balance yet, despite an encouraging start to the season

The French car manufacturer appears to be near the front of the chasing pack behind the top three teams, with Hulkenberg and Carlos Sainz having taken a double points finish in the Australian Grand Prix.

But although the team felt it could have got more from its package in Australia, Hulkenberg says the car has not met expectations.

"The balance is not good enough really. No. Performance not," Hulkenberg said, speaking to reporters ahead of the Bahrain GP.

"Balance wise and car characteristics, it is not what we wanted to have and where we wanted to be. We are a bit behind expectations there I would say."

Pushed on whether those issues could be solved with a better set-up, Hulkenberg replied: "I think we need something more substantial to get that out and get better." 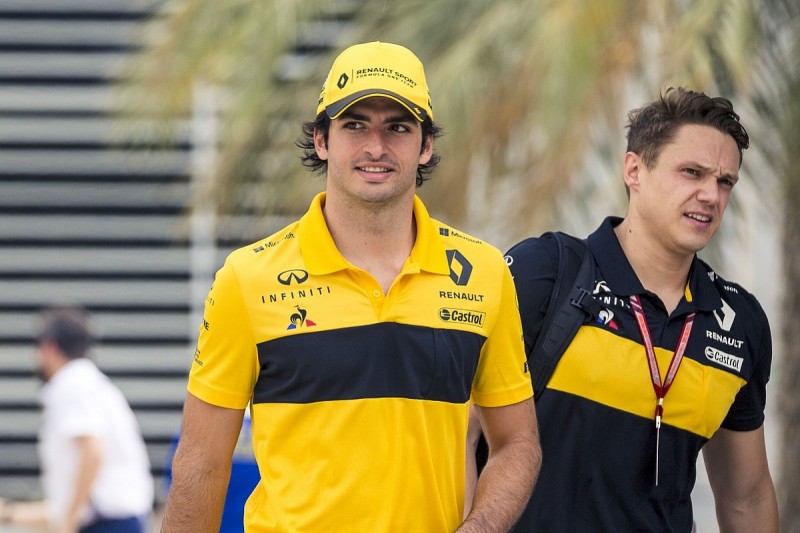 Hulkenberg's views on the Renault are not shared by his team-mate Sainz, who thinks the car has delivered a solid platform that can be improved dramatically during the season.

"To be honest, in Australia I was feeling really, really comfortable in the car," Sainz said.

"Up until qualifying I was feeling really, really comfortable - a lot more comfortable than Barcelona.

"It is just that the lap in Q3 didn't come. In Barcelona we were struggling to think we were going to fight the Haas and suddenly in Q2 I was ahead of them with that lap.

"I felt really comfortable and I hope we can bring this feeling into Bahrain."

Both drivers feel the top three teams are out of reach for Renault, but Sainz says the French manufacturer has plans to out-develop everyone in F1 this season and close the gap.

"Red Bull is far away," he added. "I don't know exactly lap time wise, but they are far away and they are going to develop this year.

"They are the fastest developing team in F1 during the season - they are very good at developing the chassis.

"But our target is to out-develop everyone this year, so if we can get a bit closer during the year, it will be a good sign - and Renault is ready to lead that development programme this year."