Formula 1 drivers Nico Hulkenberg and Kevin Magnussen have buried their differences five years after their infamous "suck my balls" confrontation at the 2017 Hungarian Grand Prix.

The pair were battling for position in the Budapest race when Magnussen forced Hulkenberg off the track. The Haas driver was subsequently given a penalty for the move.

After the flag, Magnussen was in the middle of an interview with Danish TV when Hulkenberg approached, tapped him on the shoulder, and said, "Once again the most unsporting driver on the grid."

Magnussen immediately replied, "Suck my balls, honey," and carried on with the interview as Hulkenberg went away.

A clip of the incident soon went viral and Magnussen's phrase has been associated with the pair ever since.

A supposed feud between them featured strongly in the first series of Drive to Survive that covered the 2018 season.

The pair had little or no contact over the years, although at one point Hulkenberg was rumoured to be joining Magnussen at Haas in 2020. 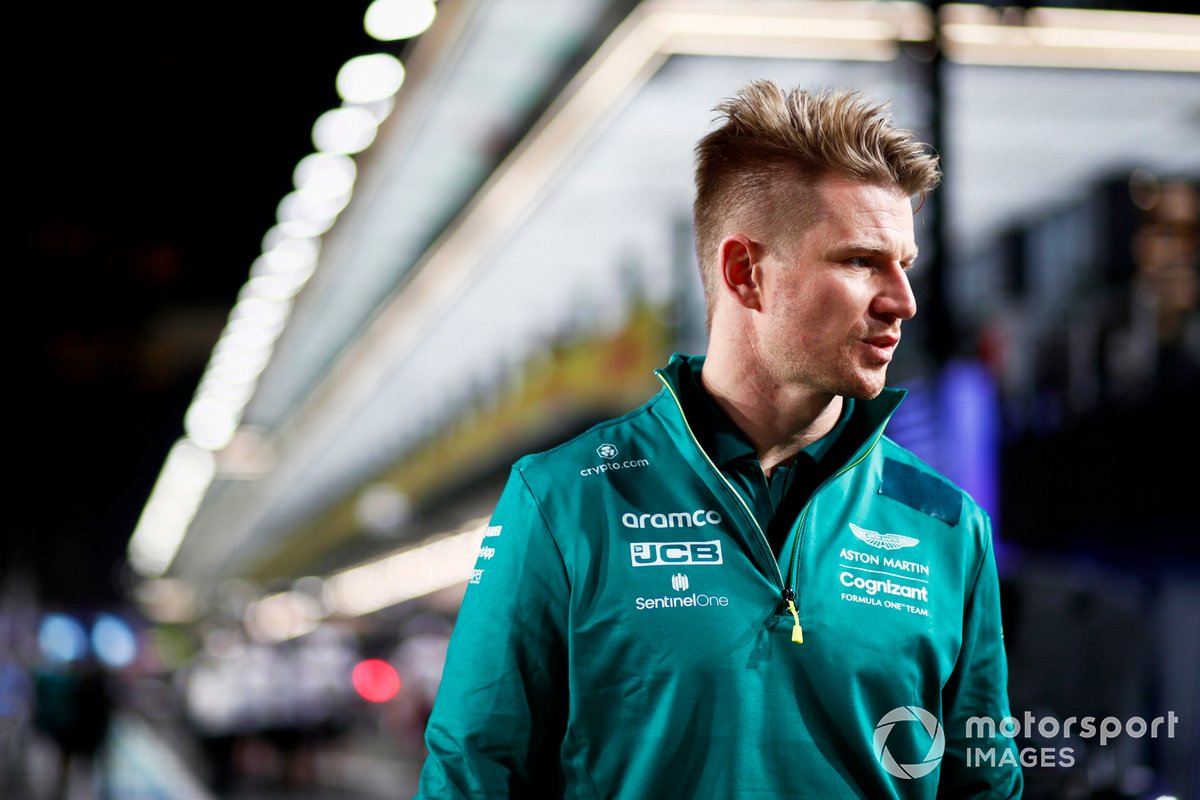 Asked at the time about the prospect, Magnussen said: "It was dramatised massively, I'm getting really tired of this subject. Between me and Nico there's really been only one incident in Hungary two years ago. It's incredible we are still talking about it."

At the drivers' parade before last weekend's Bahrain GP, Hulkenberg decided to break the ice and open a conversation, with both men having the shared experience of unexpectedly being called in to race at the last minute.

"I actually greeted him with, 'Suck my balls, honey'," Hulkenberg told Autosport.

"That's my exact words to him. It's not like I dislike Kevin but after that happened in Budapest we haven't really spoken a word since. Even before that, we've never really spoken to each other.

"I thought it was about time. Because I don't dislike him, I just thought that incident on the track was a little bit harsh.

"As racing drivers you do tend to disagree every now and then. But I thought it was quite funny to greet him with the, 'Suck my balls, honey.' He quite liked it!"

Magnussen confirmed that there had been a rapprochement.

"I mean, it's not something that's been bothering me too much," he said. "But yeah, it's always nice. I mean, we never spoke about that thing. The funny thing is, with Nico it's not the only thing that I've tried which was kind of like this.

"You see the media build up some tension between us, like me and Romain, or me and Nico. And actually, there's a lot of respect there in reality.

"Some things are perceived in one way from the outside, and it's very different from the inside."