Williams was the pitstop benchmark last year, producing the fastest stops at 11 of the 21 grands prix - including a 1.92-second peak in Baku.

Its sporting manager Steve Nielsen said Williams had designed new equipment for the changes and begun practicing with a 2016 car fitted with heavier wheels last year before Pirelli released the definitive '17 tyres.

"A Williams pitstop involves 34 actions, so 34 things have to happen in the space of two seconds," Nielsen told Autosport.

"Any one of those going wrong can stop you and delay the pitstop. "Of those 34 actions, 12 are affected by the bigger and heavier wheels.

"For example, the wheelnut, particularly on the rears, is further inside so it is more difficult for the gunman to get to.

"There is a degree of change to the equipment and technique that had to be developed to cope with that."

The wider rims mean wheelnuts will be visible for less time as the car comes in, but Nielsen said that had not proved as challenging as the sheer size increase.

"We were afraid of that before we started practicing with the real kit, but that has actually not been as much of a fuss as we thought it might be," Nielsen said.

"The limiting factor is actually the transition - from the moment the wheel is undone, getting that wheel off and putting the next one on.

"That is where we are seeing the extra time creeping in.

"It's because there are three people moving within a few centimetres of each other and this wheel is much, much wider than it was.

"So the clearances between the crew have to be more, they have to give each other more space and that adds a tenth or two." 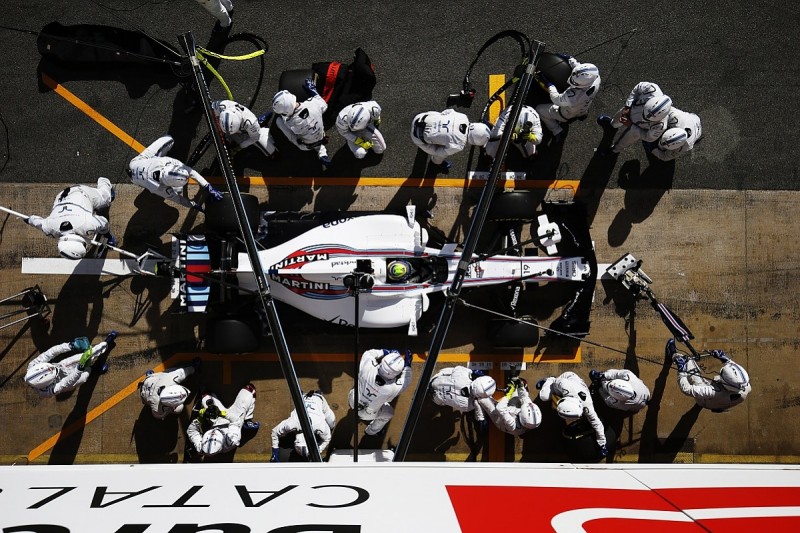 Nielson believes it is still possible to match 2016 pitstop times, but harder to do so consistently.

"What we have seen so far is that the ultimate times that we were doing last year are still achievable, but there is just more of a scatter," he said.

"A very good pitstop last year was perhaps two seconds, or just under.

"Although it is very nice to do a 1.9s pitstop, everyone talks about it, it is great, and it is a sort of badge of pride, the most important thing for us is the consistency.

Why F1 teams are wrong about playing catch-up