Old F1 cars aren’t easy to find for sale, and as with many searches for rare things, it’s best to start online. If you stay on the lookout and check auction sales, and places that specialise in selling rare luxury and performance cars, some luck and vigilance will lead you to a retired Formula 1 car, and depending on where you find the F1 car you want, the purchasing process will be different, whether you get in contact with the seller, or bid on your car in an auction.

How much do old F1 cars cost?

Much of the cost of a retired F1 car can depend on what you want out of it. Many people simply want the car as something for display, and don’t require it to be functional, but if you’re interested in an F1 car that actually drives, prepare to pay a steep premium. Because engines are the most advanced and expensive part of the F1 car, a car with a functioning engine can add a few zeroes to the price of a car without one.

Other factors can affect the price as well, like history, liveries, or the driver that raced the car in F1. Here are some examples of the sale prices of some retired F1 cars: 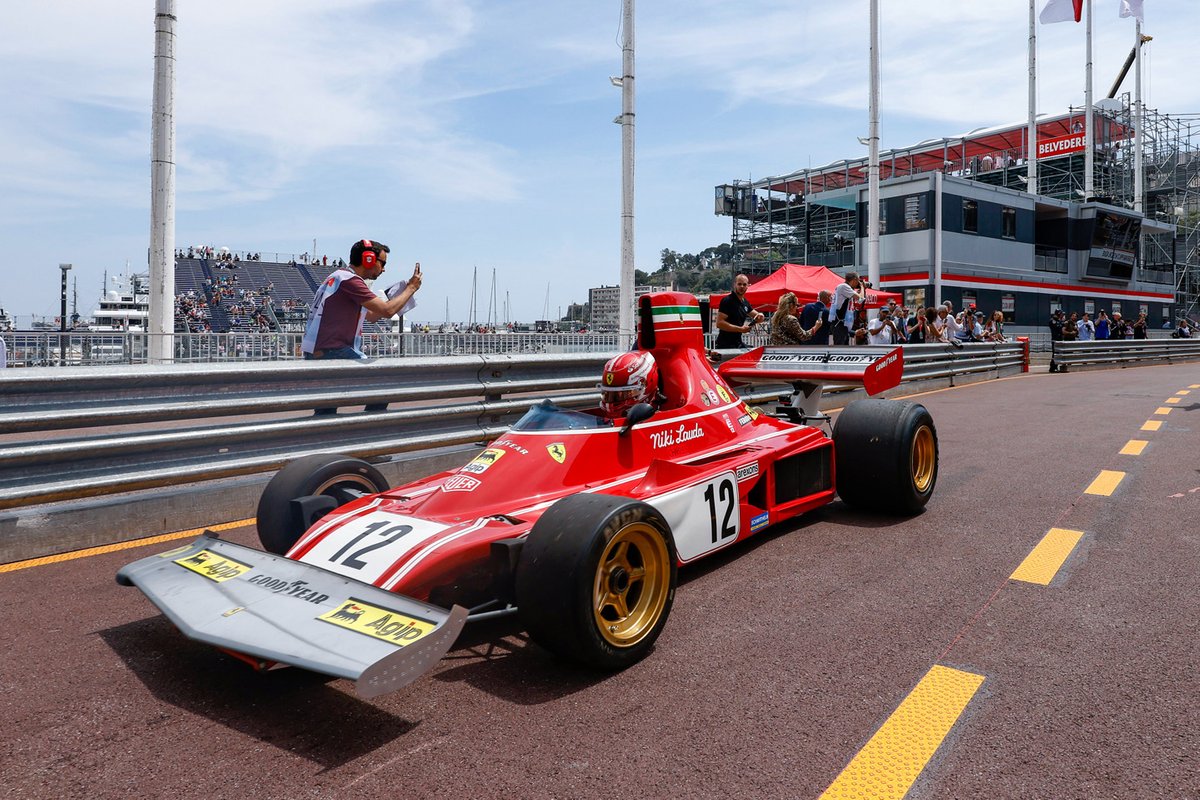 Can you race old F1 cars?

As a matter of fact, you can. The BOSS GP, which stands for Big Open Single Seaters, is a racing series where drivers are able to enter with retired F1 cars. BOSS GP and racing series like it allow drivers to get experience with Formula-level equipment, tracks, and racing with lower barriers to entry than Formula 1 itself. As a result, BOSS GP is an exciting series with diverse drivers and diverse cars. Other historic racing series honour Grand Prix and F1 cars that raced in the past, one of the most prominent in the world being the Grand Prix de Monaco Historique, or Monaco Historic Grand Prix, which was held from 13-15 May in 2022.

How much does it cost to run old F1 cars?

It’s no secret that Formula 1 is expensive. Even parts like the nose cones and front wings can end up costing prices in the six-figure range, which adds up quicker than you can even imagine.

However, someone buying a retired F1 car most likely won’t be taking it around the world for an entire season packed with full race weekends of intense, all-out battle, so private retired F1 car ownership won’t be as expensive as maintaining a car in hopes of an F1 championship win.

However, expect maintenance on an operating retired F1 car to be quite the expensive effort. As far as insurance and other expenses, certain insurance companies are equipped to insure track days, race cars, and other associated things like trailer transportation, however much of this is on a case-by-case basis, and can vary greatly depending on what you want out of your retired F1 car, and the car you want insured. 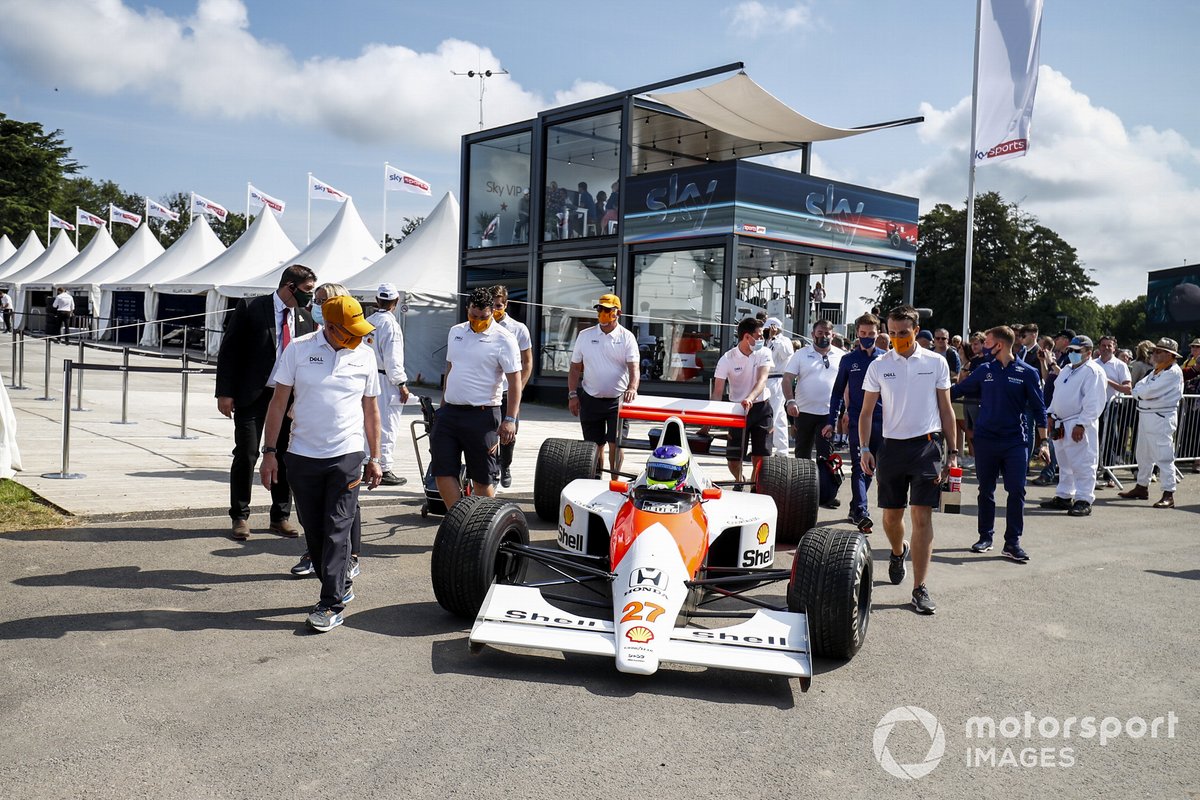 Plenty of things factor into the value of a retired F1 car. One of the most important is whether it has an engine or not. That’s because the engine of an F1 car is the most expensive component. In some cases, the engine can add millions of dollars to a car’s price.

Another important factor is the livery. Certain team liveries are iconic within F1 history, and the cult following and cachet behind them can drive value to increase. On this note, the driver and history of the F1 car is an important consideration, as well. If the car was driven by a particularly famous driver, or was involved in a historic moment in F1, value can skyrocket as a result. Some show cars that are retired into their status or made from spare chassis that never actually raced sell for less, but typically cars that actually raced and were successful or otherwise iconic will be the most expensive.

What should you look for when buying an old F1 car?

There are plenty of indicators as to the status of an F1 car. Paperwork and certification from the FIA can help to prove authenticity, and if you want your F1 car to be a functioning one, you will also need to make sure that it has the parts necessary to do so.

You will also want to have access to a person, people, or an institution that has enough knowledge to help maintain the car and get it to either run or look the way it should.

For example, Ferrari F1 Clienti is a program that not only offers the cars themselves to Ferrari clients, but with them racing education and experiences that can make F1 car ownership worthwhile for those who might want to do more than simply collect the car.

While owning an F1 car is undoubtedly an interesting and sometimes complicated process. It is also definitely possible.

This article was created in partnership with duPont REGISTRY. You can find out more information and race cars for sale on the duPont REGISTRY website. 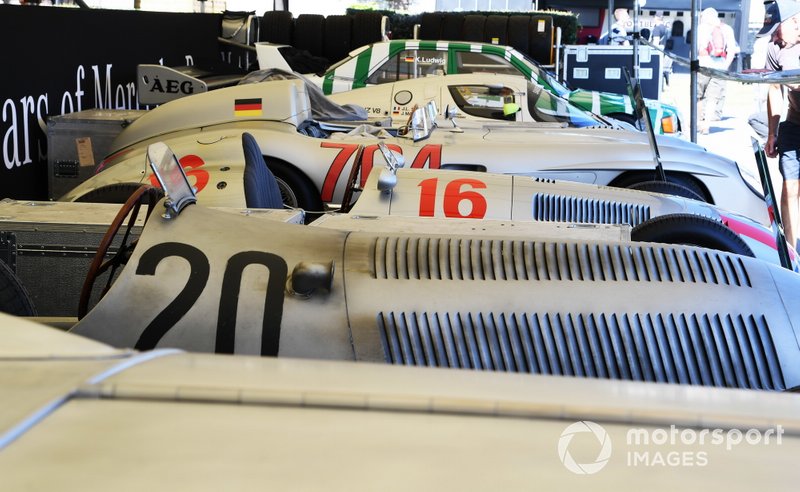