Lewis Hamilton saw off the challenge of Ferrari and team-mate Valtteri Bottas to secure his sixth world championship title, as Mercedes comfortably continued its run of consecutive constructors' titles dating back to 2014.

The W10 took the first eight victories of the season before Max Verstappen spoiled the party in Austria, taking victory for Red Bull on an off-day for Hamilton and Bottas.

Undeterred, Mercedes scored another seven victories before the season was out, with Ferrari enjoying a mini- resurgence after he summer break until the FIA issued its technical directive over fuel flow measurements at the United States GP.

Hamilton finished all 21 races in the points and was only off the podium on four occasions - including at Interlagos, where a post-race penalty demoted him from third after tangling with Alex Albon's Red Bull. 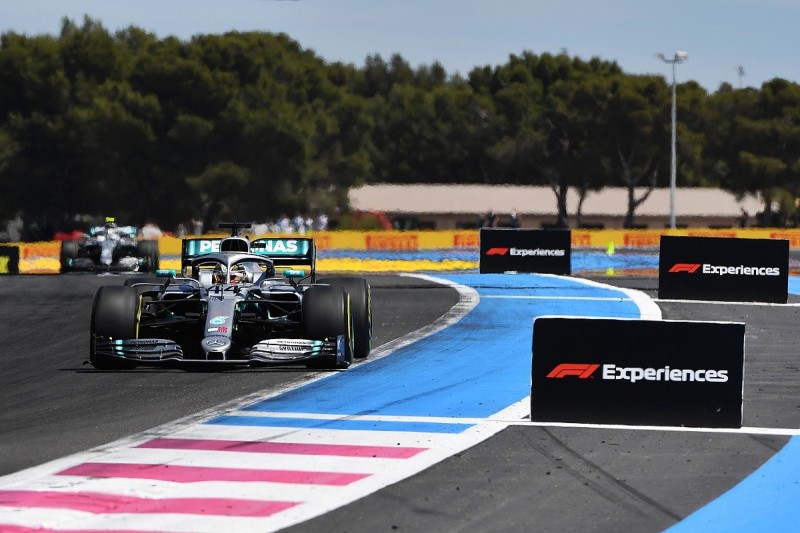 Only five elements to the front wing - which was widened by 100mm and brought forward by another 25mm - were permitted in a move to simplify its design. Additionally, all of the outboard flow conditioning furniture was removed, while the endplate would also have to fit within a much tighter set of restrictions that would reduce its ability to help create outwash.

The strakes mounted to the underside of the wing that help to condition and divert the airflow were also limited to just two per side.

In testing, Mercedes fielded designs with a more conventional full flap configuration than the unloaded design pursued by Ferrari. Its first variant had an inward facing endplate, before moving to a more traditional outwash rear section that also featured revisions to the mainplane and footplate. Subsequent optimisations were mainly focused around the rear section of the endplate, with a cutout made to try and alter the vortex formed in the upper corner.

Its next update came under immediate scrutiny from the FIA, as the exposed edge of the uppermost flap when viewed from the side was considered illegal. The team made changes on-site to comply with the regulations, cutting the flap down such that it could no longer be seen from the side.

As part of a large update package introduced for Hockenheim, the team shortened its footplate design and added a small outwardly angled fin toward the trailing edge. 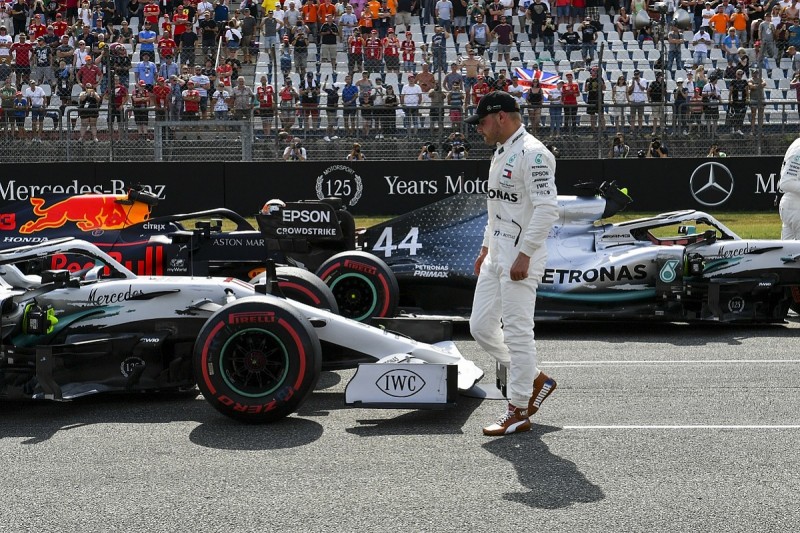 Mercedes focused a huge amount of attention on its suspension in 2019, as it eyed changes that were originally on the horizon for 2021 before being postponed due to the COVID pandemic.

The team made a concerted effort to remove weight from the assembly without compromising its ability to withstand the associated loads. This design would have been impossible to build using conventional manufacturing techniques as it relied on complex lattice-like geometries that had to be printed.

Mercedes also moved to a more extreme Pushrod on Upright (PoU) solution, which alters the cars ride height when the driver applies a steering input. This has numerous aerodynamic benefits if it's applied correctly, both in terms of the front wing and also parts associated with the front of the floor.

It had been trialled by several other teams, but was never taken further as drivers struggled with the counter-intuitive steering process that's required them to pull back the wheel upon exiting the corner to re-centre it.

As part of a measured response to the incoming ban on hydraulically assisted suspension elements for 2021 (now 2022), it also developed a more traditionally sprung heave damper arrangement - using a Belleville washer spring arrangement - over the fully hydraulic arrangement it had been using for a number of years.

At the rear of the car, an aperture was created to feed a supply of cool air to the void between the wheel rim and brake drum. This reduced the transfer of heat from the rear brakes to the wheel rim and consequently stabilised the bulk temperature of the rear tyre. 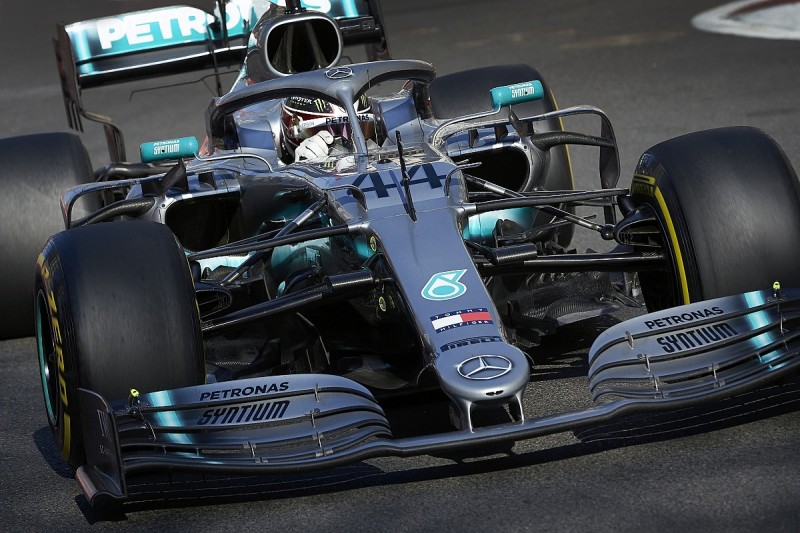 Meanwhile, Mercedes was particularly proactive with its bargeboard package and introduced several large update packages to recover performance lost by the 150mm reduction in height. The first major update focused on the downwash winglets hung from the side of the chassis, the boomerang winglets on top of the bargeboard cluster and the first deflector.

Another update focused on the deflector region at the Japanese Grand Prix, with both titles well on their way to being concluded, suggested that the parts had perhaps been developed with the W11 in mind, with a view to providing the team with more data for the design of its 2020 car.

Mercedes has frequently viewed serrated surfaces as a way of improving performance and 2019 was no exception. In Baku, the trailing edge of the rear wings mainplane was furnished with a serrated trailing edge to improve straight line speed.

It also revised its rear wing as part of the large update package introduced for Hockenheim, with new features that lent heavily on the contouring of the endplate. The surface thickness was altered to feed the airflow toward the new stepped cutout in the upper rear corner.

At the front of the car, the team also optimised its front brake duct design, adding a row of small vortex generators in the crossover channel.

It's hard work laid the foundations for the 2020 W11, which holds a legitimate claim to be the fastest car in F1 history after Hamilton broke the average lap speed record at Monza. 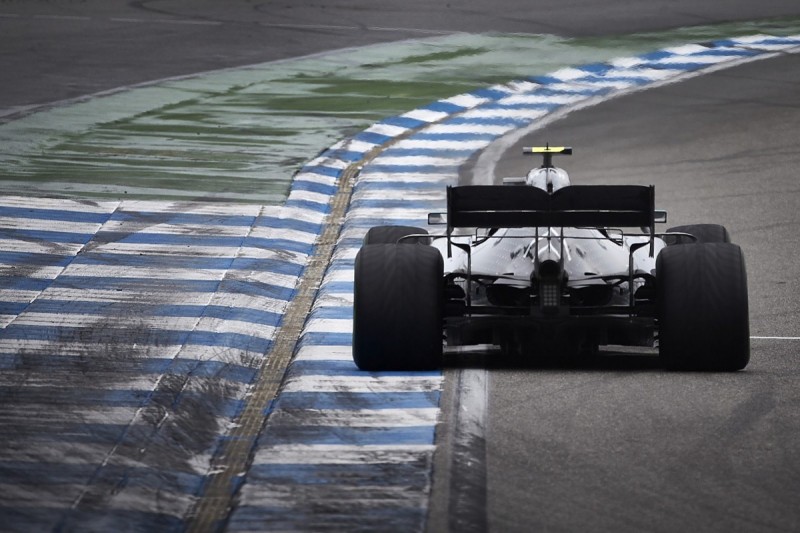 Podcast: How this week's key decisions will shape F1's future