The change to the 2021 Formula 1 race weekend timetable puts extra pressure on teams and drivers in Monaco as they adjust to an hour less of track time on Thursday.

For this season, the traditional 90-minute length for FP1 and FP2 was reduced to 60 minutes per session, obliging teams to squeeze their work into a smaller window.

That wasn’t really an issue in Bahrain, where the teams had tested shortly before the race weekend, or at Imola, Portimao and Barcelona, all venues that F1 visited in the second half of 2020.

However, in Monaco the reduced running on the first day will have an impact, not least because of the unique nature of the track and the need for drivers to run as many laps as they can in order to dial themselves in.

The fact that teams have not sampled the street circuit since 2019 also means that some may require more time than usual to find the ideal set-up.

With 30 minutes missing from both the morning and afternoon sessions, the track is set to be busier than usual on the first day, and any dramas – such as a mechanical issue or crash damage – will correspondingly be even more expensive than they usually are in Monaco.

In other words, if a driver has a problem in the morning, he will only have an hour in which to recover track time in the afternoon. Shorter sessions also mean less time to repair minor damage and get the cars back out again.

“Everything will be very compressed,” says Alfa Romeo engineering head Xevi Pujolar. “For sure just to maximise the track running and just to get as much information will be high value on all the sessions. 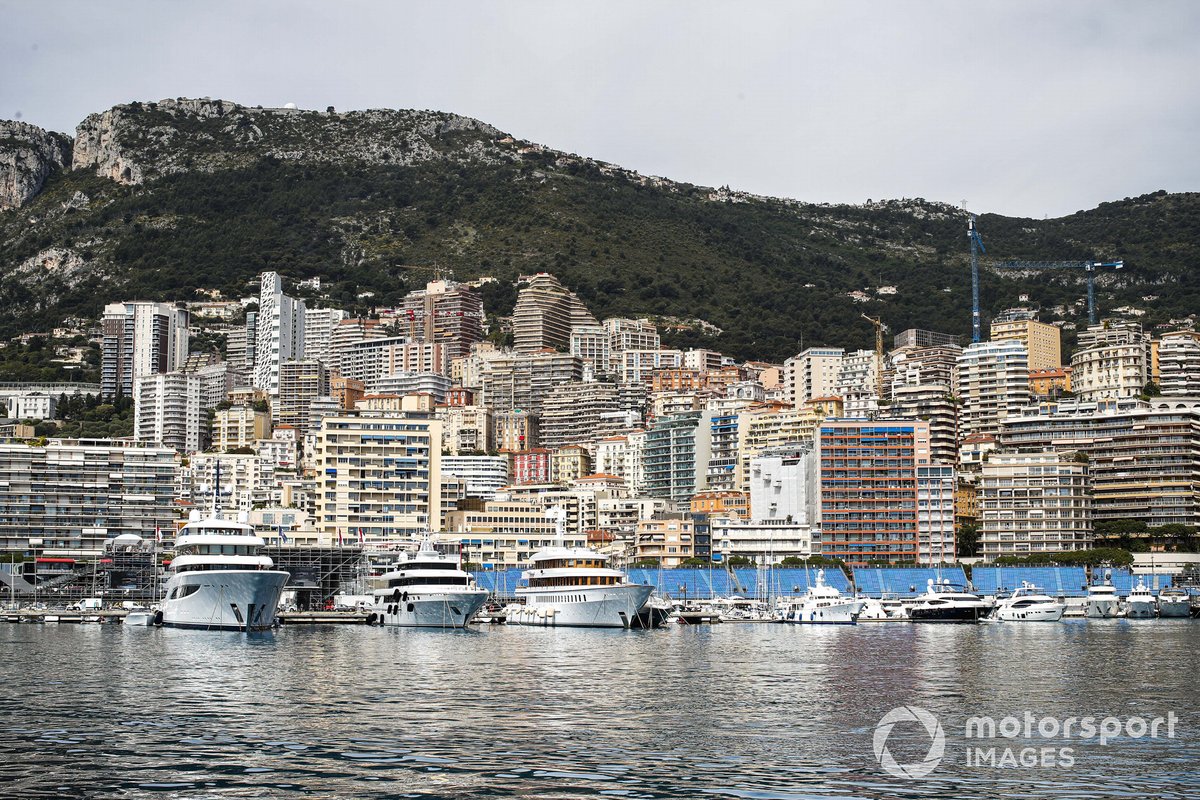 Yachts in the harbour and the Monaco skyline beyond

“It will be a challenge for everyone. We have seen [in Spain] that maybe on the downforce level, some people were doing a bit different. So we have to see also what competitors bring to Monaco, if people have put some upgrades.

“But when everything is so tight, and we have to see also with the tyres how everything performs in Monaco, it could be a challenge, not only on the engineering side, but for the drivers.”

Monaco is all about finding your way and building up a rhythm, and the usual programme will have to be accelerated.

Teams have had to slim down Friday programmes elsewhere, and that will be even more apparent in Monaco on Thursday, with less time to go through a run plan.

“We've been so used to doing the amount of testing we've done, high fuel, low fuel, aero runs, tests, everything like that,” says Lando Norris. “Now, it's just a lot more, can we get enough laps? Can we make the drivers confident enough? Especially around here, you just want the drivers to get as many laps or we want to get as many laps as possible.

“So yeah, I guess there's a lot of priority towards that. Less testing of parts and testing different things. But a good combination of just letting us drive as many laps as we need to do to make sure we're confident and we can we gain more by our track knowledge and our track confidence, then we will gain in some small difference we can make on the car.”

Confidence has been an issue for Daniel Ricciardo, especially with regard to braking. Inevitably less track time may tempt the drivers to get up speed a little earlier than they usually would, and that could be tricky. 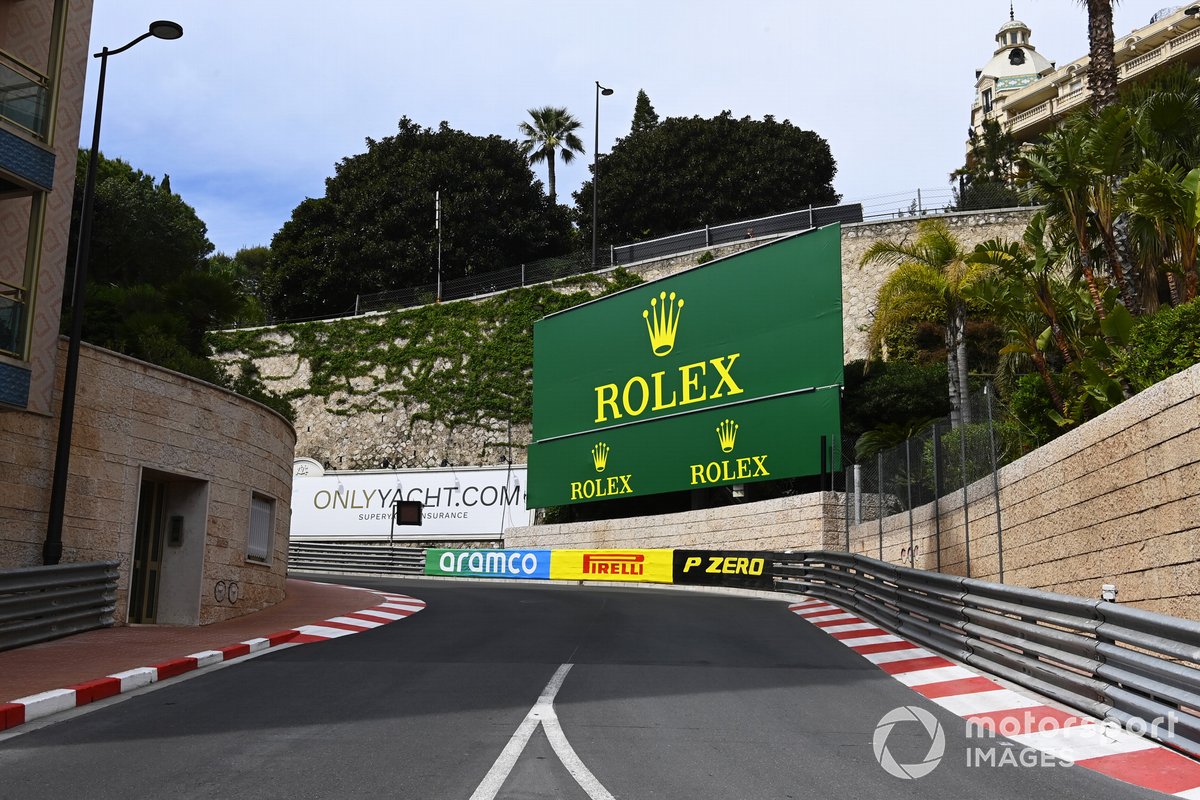 “It's funny, we still have to remind ourselves that we get an hour less on Friday or the Thursday here,” says Daniel Ricciardo. “And especially because this track all you want is just laps and laps, and to just build that rhythm and kind of find your marks bit by bit.

“So it does put a lot more pressure on Thursday. And because ultimately, you do want to get enough out of Thursday that having a day off, and then getting back into the car cold on Saturday morning, you're like already kind of there. So it will put a bit of pressure on us to kind of pick up the pace early, and probably means less less kind of race sims and more quali stuff.

“That's the balance where you need to be out on track here. But you also need to find the limit at some point. So I think FP1, it's probably just be sensible, and then FP2, start to play a bit more with the wolves!”

Pierre Gasly believes that in the end drivers probably won’t do significantly fewer laps than in the past, but he agrees that the action will be compressed, with less time spent in the pits.

“I think it probably won't affect us as much.” says the Frenchman. “We're probably all-in-all going lose maybe 15 minutes, with the time you spend in the garage. I think now as soon as we can get on track, we'll go there and just do laps.

“A lot less waiting time. So it's maybe tougher for the teams. And you can't make the big changes any more on the car. So in terms of number of laps, I don't think it will affect so much."

The reduced running is particular frustrating for the three 2021 rookies, Yuki Tsunoda, Nikita Mazepin and Mick Schumacher, and also for Nicholas Latifi, who has yet to sample the track in an F1 car. 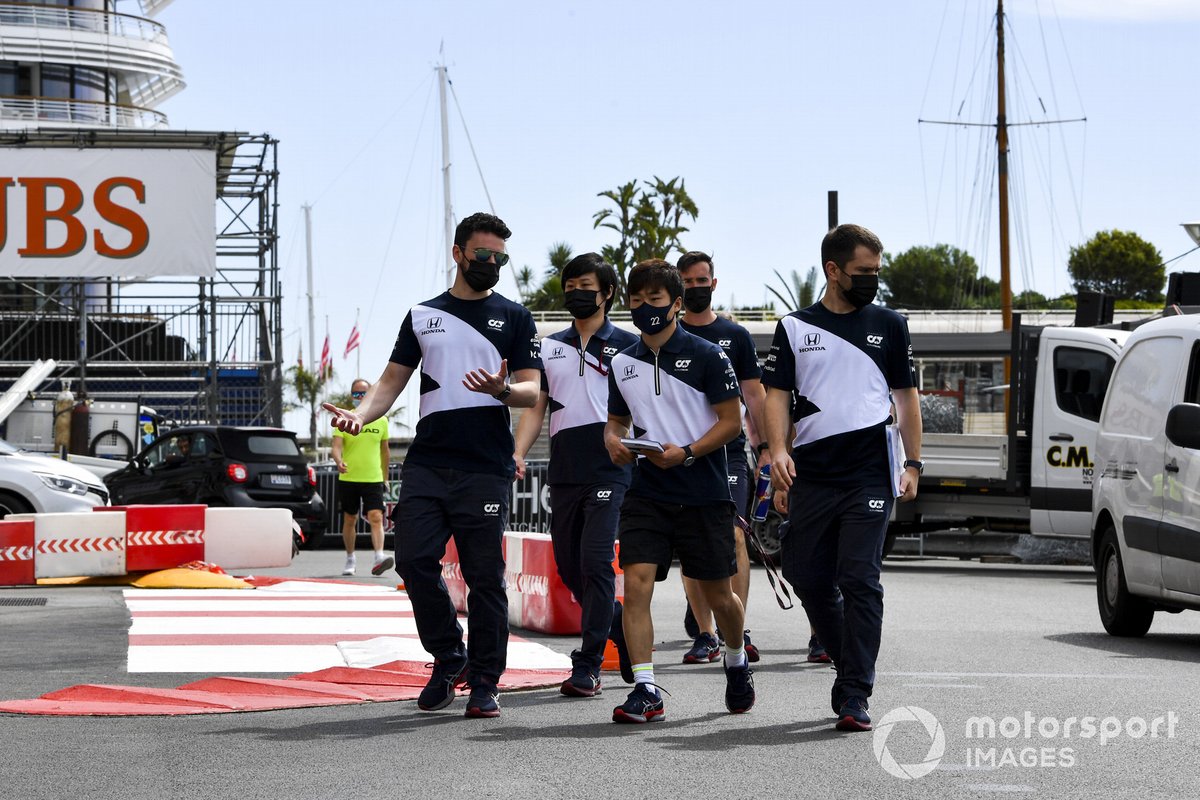 Yuki Tsunoda, AlphaTauri, walks the track with his team

All bar Tsunoda do at least know the principality from F2. The AlphaTauri driver faces the biggest challenge of anyone this weekend, and the only experience he can draw on is from racing on the streets in Macau and Pau.

“My target is really clear,” he says. “I just have to have really clean sessions until qualifying. Just build up the pace really slowly, as you don’t want to go immediately aggressive in the first lap. There’s no point.

“Just slowly build up the pace, have clean sessions and put it all together in qualifying. My main target is like that. Monaco is not much car effect, more driving effect for the lap time, so you need a good confidence through the run. Just build up the pace slowly is the main target.”

He’s left nothing to chance, running several days in the Red Bull simulator in Milton Keynes in a bid to learn the intricacies of the circuit.

“I’ve done a lot of simulator,” says Tsunoda. “Three days of simulator, I never had that much simulator sessions in the past. I need the maximum preparation I can do.

“It’s not I would say too similar to a real car, the simulator, but I just have to use this experience, just like I said, building up the pace is the most important thing.”