Lando Norris says his goal is to be a team leader at McLaren after signing a fresh contract with the Formula 1 team.

On Wednesday McLaren announced it had signed Norris to a new multi-year contract for 2022 and beyond, meaning the British driver is set to drive for McLaren for at least five seasons after making his debut in 2019.

When asked if his long-term commitment to the team could set Norris up to become one of McLaren's leaders, Norris acknowledged "that's what I want to achieve" in the future.

"I want to be that kind of guy who can lead the team, who has been there for many years, who has helped them through the bad times and help them achieve the good times," Norris said.

"And that's why I'm still here, that's why I signed for some more years, because I want to be in that position.

"Even this year I already took a step forward in that position. I'm feeling like a different and improved driver to the last couple seasons, taking on more responsibility and leading the team in more ways.

"So that's definitely something I like, something I want to be able to do going into the future."

Norris, who has never driven for a different Formula 1 team and still lives just down the road from the team's Woking factory, added that his strong relationship with the McLaren staff was key in signing a new deal.

"As much as I want to win races and win championships and so on, the other thing that's just as important to me is making sure I enjoy where I am," he explained.

"So just as much as winning and success means to me, actually having fun, enjoying my life is just as important. 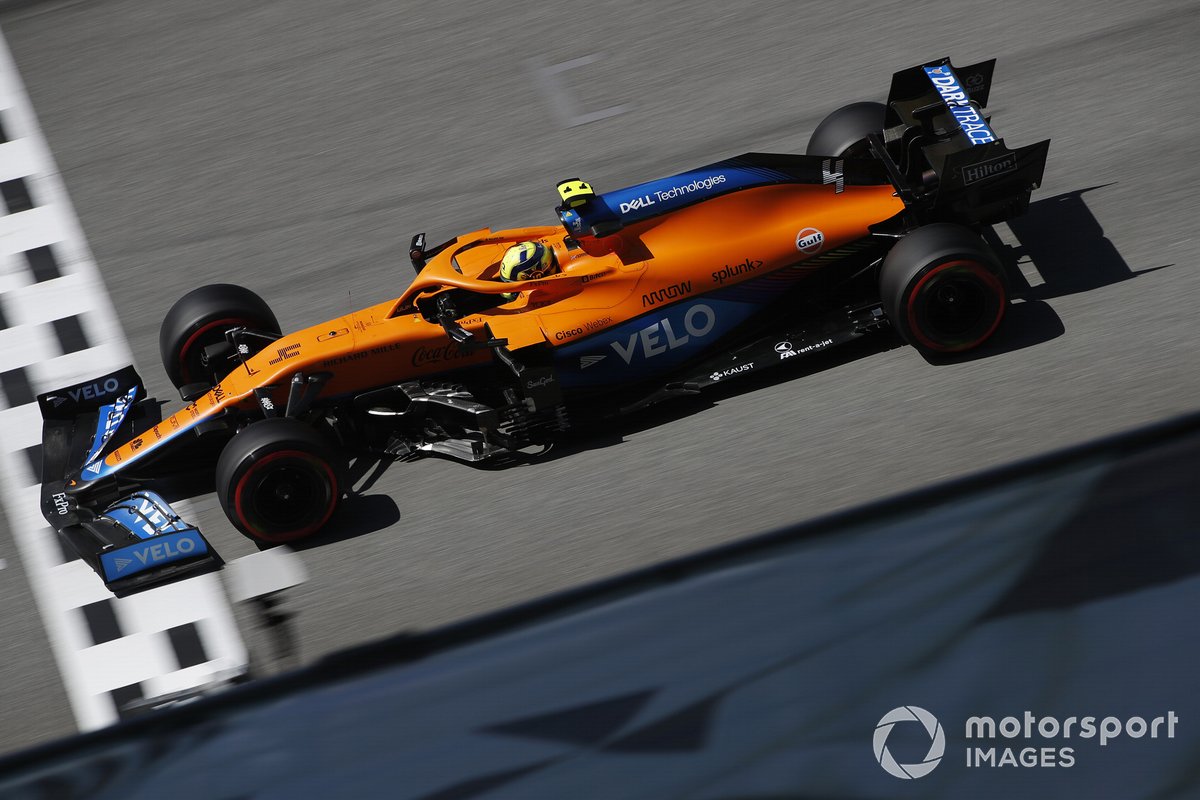 "And that comes with the loyalty side of it, the same mechanics, the same engineers working with those people for many years and that's where I get a lot of that from.

"There's nothing more that I like than to continue being where I am."

Norris revealed he approached McLaren for a new deal while having dinner with CEO Zak Brown, saying it was a "bit awkward" as he didn't know how to approach the situation.

"It was actually something I brought up when I went to dinner with Zak a while ago," Norris added.

"He was talking a little bit about the future and I was just like: 'You know, about these future years, is it something we want to start talking about now? Is it something you want to talk about later in the season?'

"Just because I don't know when or how to bring it up, just like a guy talking to a girl for the first time, so a bit awkward.

"I think at that time they already started talking about it as a team, between Zak and Andreas and so on. And it was something that I preferably wanted to get out the way as soon as possible.

"We then started talking about it and all flowed from that. It was just a bit of a weird one for me to bring up, because I've not necessarily been in that position before."