In times past the only common thread motor racing events and outdoor music festivals shared was the likelihood of their customers getting muddy feet. That has all changed as Formula 1 has opened up to a new, younger demographic which likes to make a weekend of it, and which has high expectations for a broad range of entertainment.

In recent years enterprising race promoters, with the enthusiastic backing of Formula 1 itself, have been building grands prix into festival-like events offering constant spectacle on and off the track. No longer do fans have to twiddle their thumbs between support races or contemplate a disobligingly limited menu of comestibles headlined by limp bacon sandwiches garlanded with vinegary non-brand brown sauce.

That’s not to say fans didn’t used to bring their own entertainment to races, although the results were mixed. From the 1960s through to 1974, Watkins Glen acquired a singular reputation for rowdiness courtesy of young fans who took advantage of the inexpensive $15 general admission ticket to party all weekend. The Bog, a muddy area outside the track near the start/finish straight, formed the epicentre of the bacchanal as racegoers took to bringing old cars which they would delight in setting on fire.

BBC Radio 1 arguably created the prototype for the modern grand prix weekend with its ‘Fun Days’ at UK racetracks throughout the 1970s. Combining on-track racing with star guests, audience participation and appearances from some of the hottest musical acts of the day, all presented by the best-known DJs of the time (now probably more familiar to Radio 2 listeners), the Fun Days were truly ahead of their time.

In May 1975 at Mallory Park, a bill including the Three Degrees, the Bay City Rollers (imagine a glam-rock BTS, in tartan) and Slade frontman Noddy Holder attracted such a huge crowd that by midday the station had to broadcast appeals for people to stay away. Organisers had thought that by helicoptering the celebs to a stage on the island in Mallory’s lake they would achieve natural crowd control. Wrong: the Rollers’ ‘Tartan Army’ of excitable teenage girls swarmed across the track while a race was in progress and tried to swim across the lake. 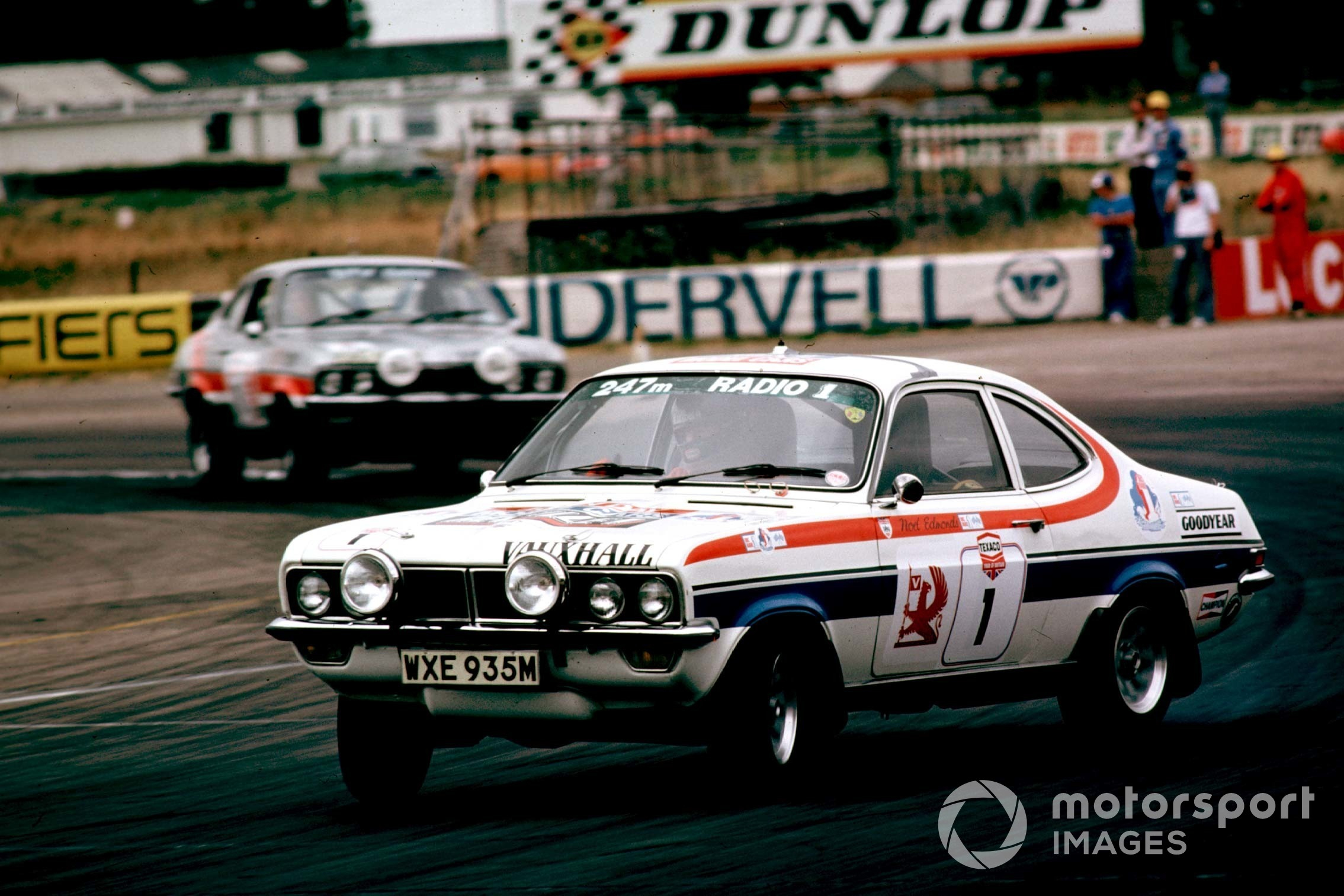 1976 Tour of Britain, James Hunt (Vauxhall) which he shared with Noel Edmonds

Modern race promoters have watched and learned through the 1990s and 2000s as live music festivals have made the transition from relatively small-scale niche events for hardcore music fans to larger, family-friendly affairs attracting a broad demographic and offering a vast palette of entertainment.

Silverstone led the way in turning the British Grand Prix into Formula 1’s equivalent of Glastonbury, surrounded by safe and well-appointed campsites and offering a full weekend of live music, a busy fan village and personal appearances by drivers to complement the on-track action. It even has its own radio station.

When Liberty Media completed its acquisition of F1’s commercial rights in 2017 it talked of creating “20 Super Bowls” – extending F1’s audience reach by promoting each race better and making every grand prix a huge event to be savoured, rather than two hours of action on a Sunday afternoon. That fitted in neatly with what many race promoters were already doing.

Besides being F1’s first night race, Singapore has consistently raised the bar in terms of the fan offering. Over the grand prix weekend a whole area of downtown becomes a huge fan village offering merchandise, exclusive hospitality experiences and live Esports, plus several music stages offering something for every taste. Some of the world’s hottest DJs have performed here as well as a diverse range of musical acts – from the Pet Shop Boys, Duran Duran, and Bon Jovi to the Red Hot Chili Peppers, Muse, Dua Lipa, Ariana Grande, and Kylie Minogue.

The US Grand Prix at the Circuit of The Americas also prides itself on a full fan experience, one which attracts interest from outside the mainstream motorsports community. Fans of previous headliners including Pink, Taylor Swift, Bruno Mars, Britney Spears, Justin Timberlake and Stevie Wonder have travelled from all over the USA and are often experiencing F1 for the first time. This October at the USGP, the legendary Billy Joel, the sixth best-selling recording artist of all time, is booked to play the Saturday night alongside Twenty One Pilots on Sunday. 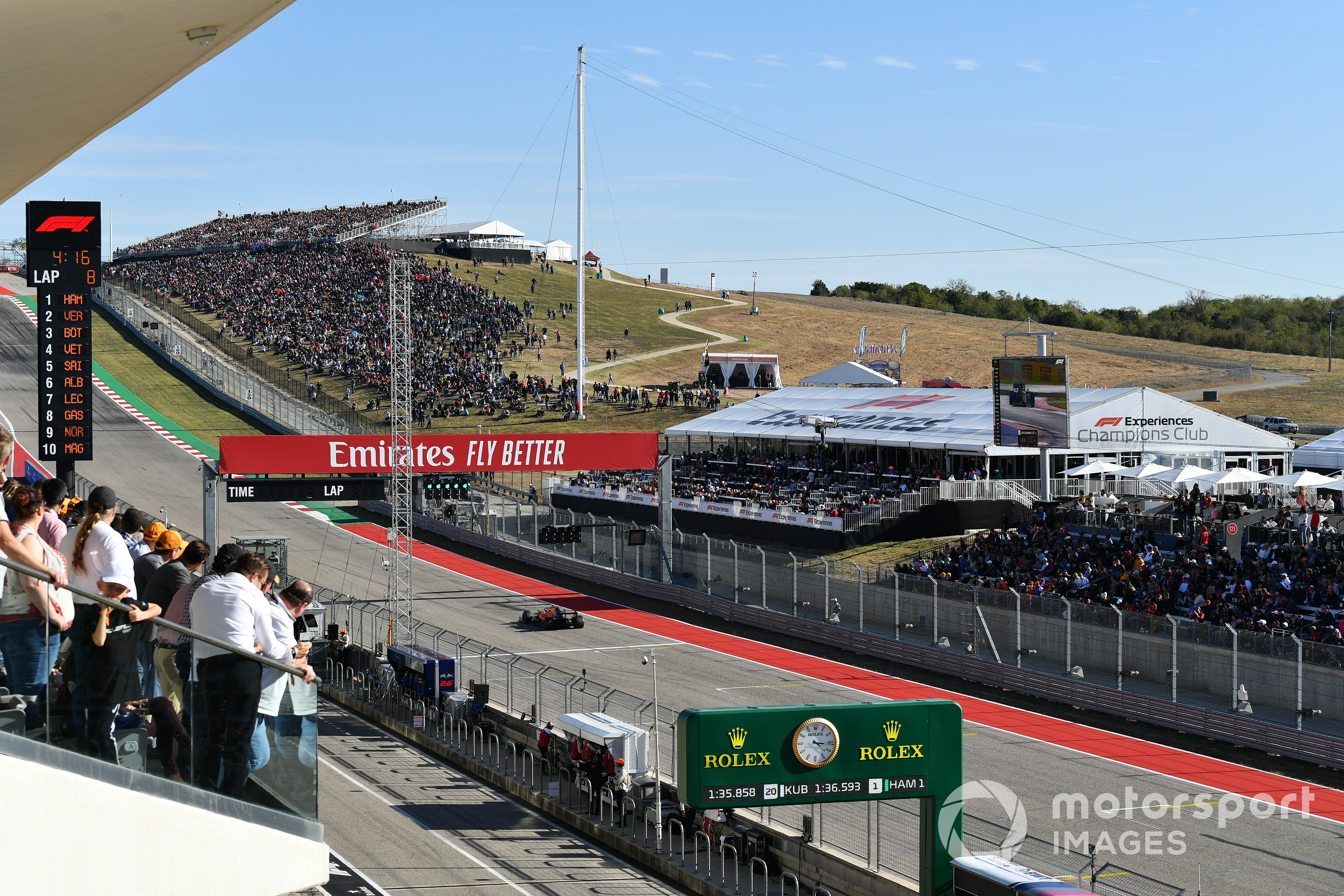 Music is just one facet of the modern grand prix weekend offering. There’s plenty to see and do, individually or as a group. How about gathering a group of mates – or joining some like-minded fans – in the F1 Pit Stop challenge and get a properly hands-on experience of what it’s like to swap a Formula 1 car’s wheels in under three seconds?

F1’s Fan Zone at grands prix also acts as a hub for live driver appearances and autograph sessions, plus the increasingly popular Esports challenge which offers live match-ups between groups of players on the official F1 game – as well as great prizes, including garage tours and paddock passes for the fastest drivers of the weekend.

So while many of the old-school European circuits lack the on-site real estate to erect stages large enough to cater for platinum-selling artists, they still offer a full weekend of entertainment options for a broad canvas of racing fans. Thankfully the many thousands of Max Verstappen fans who descend on the European rounds are – slightly – better-behaved than the Bay City Rollers’ Tartan Army… 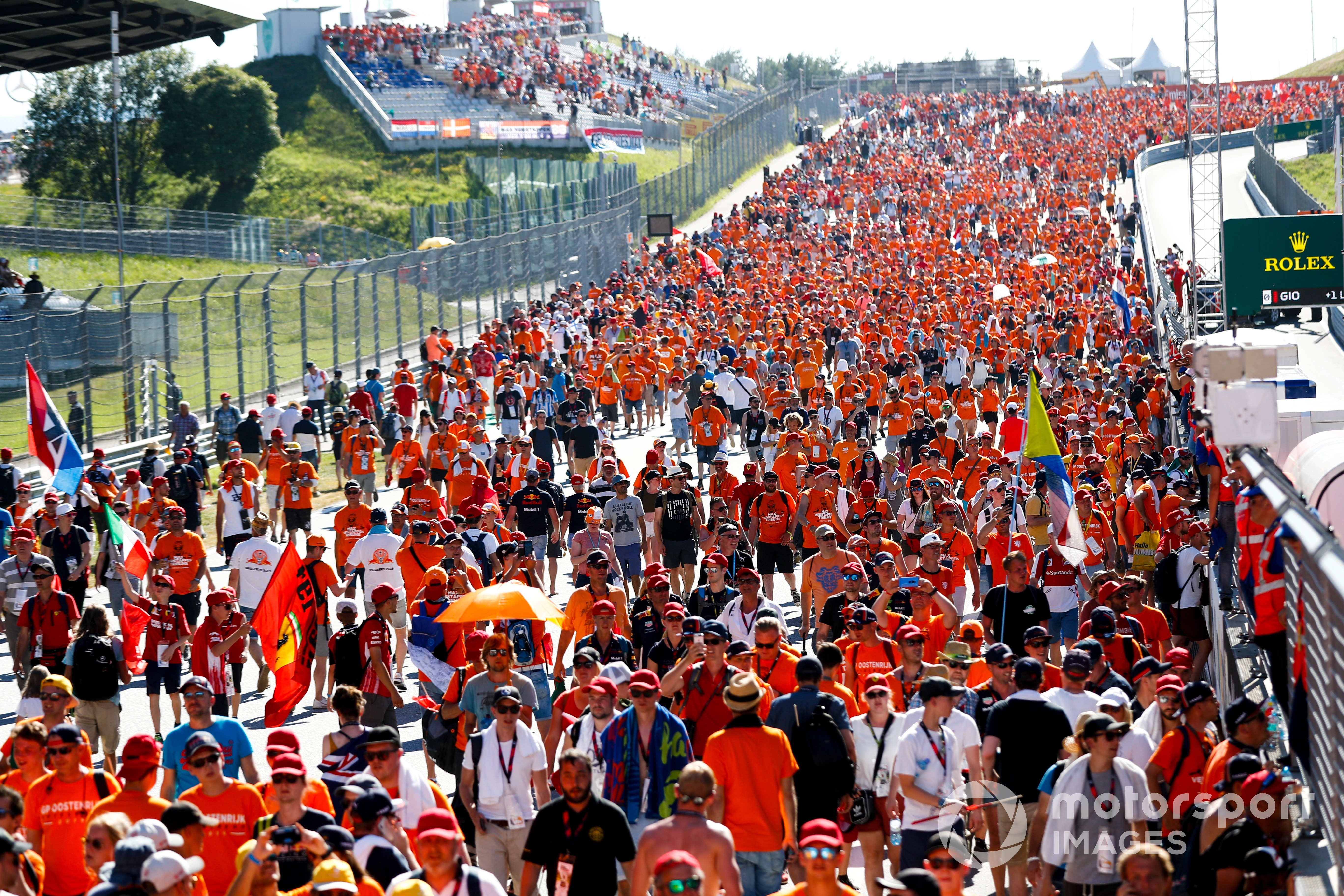