Pierre Gasly and Yuki Tsunoda have endured a difficult 2022 Formula 1 campaign so far, with their AlphaTauri lacking consistency in performance at different tracks.

The car’s strengths and weaknesses have meant that at circuits including slow and twisty sections, like Monaco and Baku, it has produced the goods. At high-speed venues, with faster corners, it has struggled a lot more.

The team is aware of this problem and the major update it brought to last weekend’s French Grand Prix was focused on helping the car to work better across all conditions and corners – and not just some specific ones.

As Guillaume Dezoteux, AlphaTauri's head of vehicle performance, said: “This update was mainly around the floor and the entire floor [itself].

“Starting from the inlet, fence geometry, floor edge geometry and diffuser geometry and the bodywork around it. The floor structure underneath the car is completely different and the aim is producing downforce in most of the attitudes the car is taking around the lap.

“In that respect this update is delivering on expectations, so it's an overall gain of load in most of the conditions: low speed, medium speed corners, high roll, low roll.” 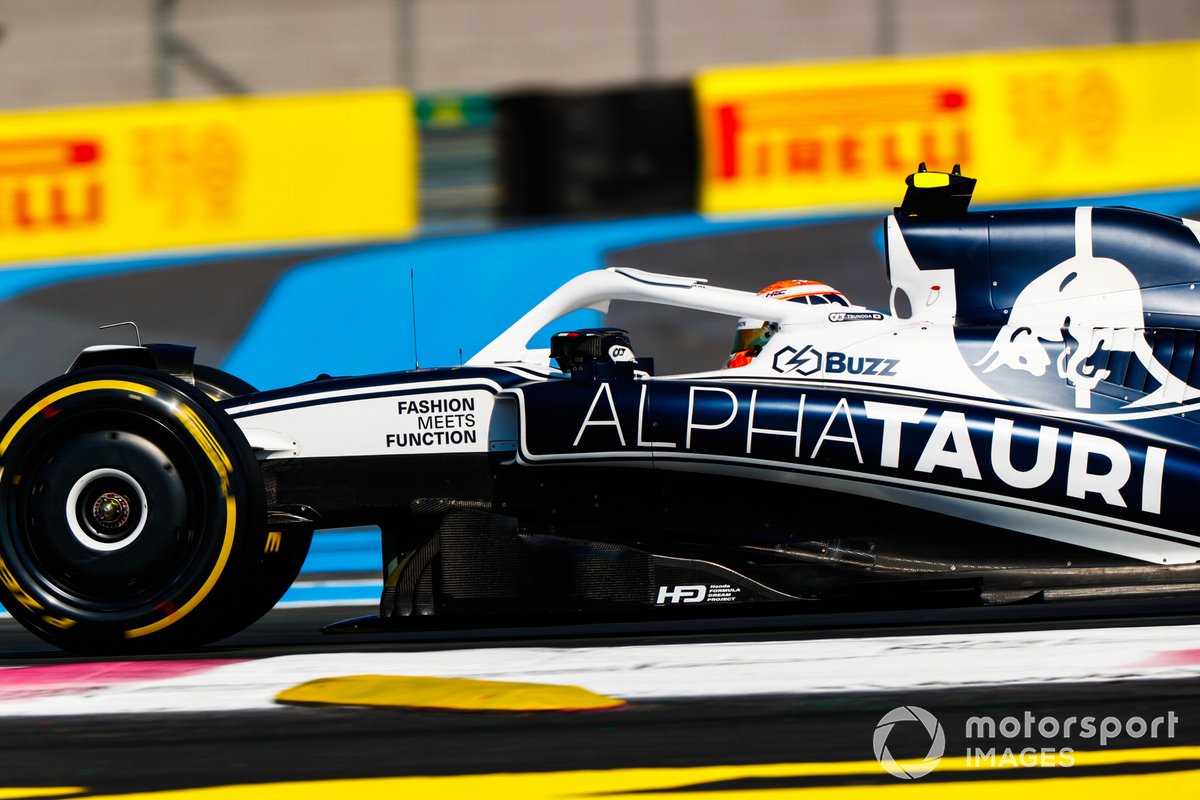 The arrival of the new parts did not drastically alter the design DNA of the AT03, and featured no mechanical changes, with the team preferring to bring optimisations of what it already had in place.

The largest of these changes, at least from an aesthetic point of view, came in the form of the Red Bull-style upper sidepod and engine cover shoulder, with a revised geometry used in order to create a larger gulley for the airflow to follow.

This delivers not only a local improvement, but also helps the airflow that’s making its way across the sidepods towards the coke-bottle region, as it will be further protected by the raised sides of the bodywork above. 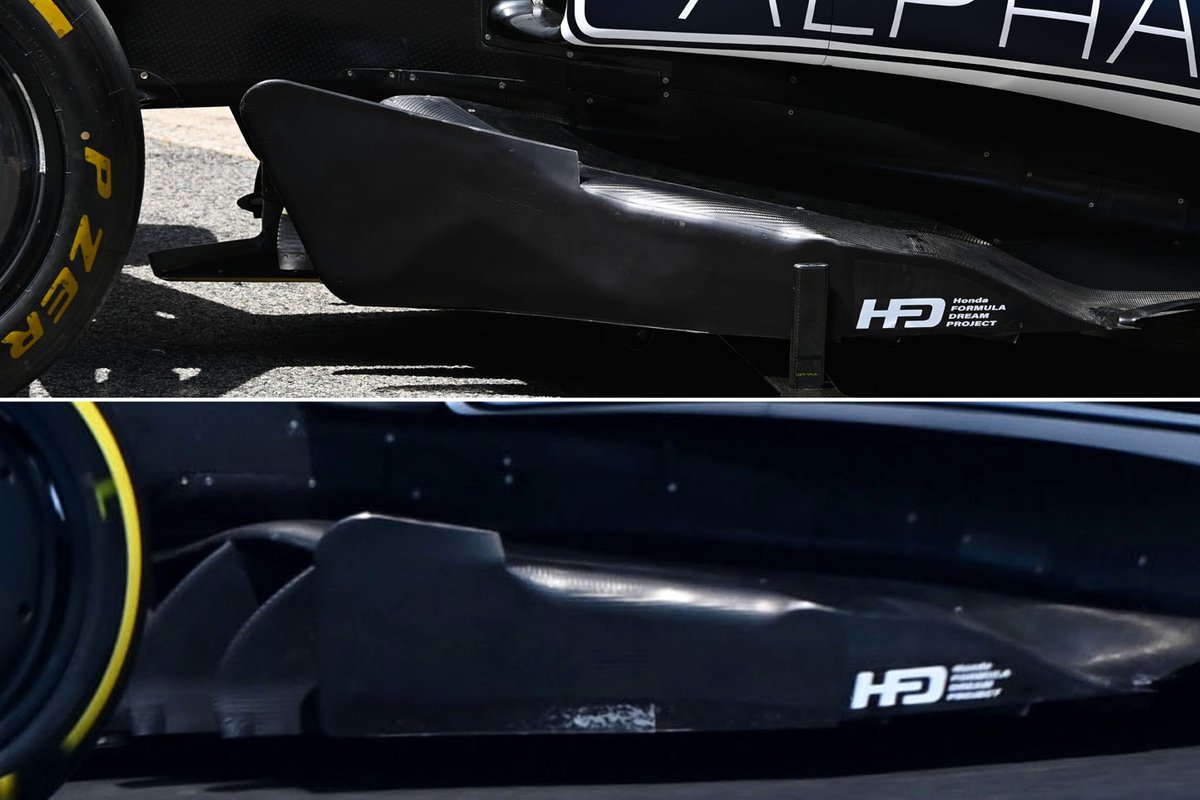 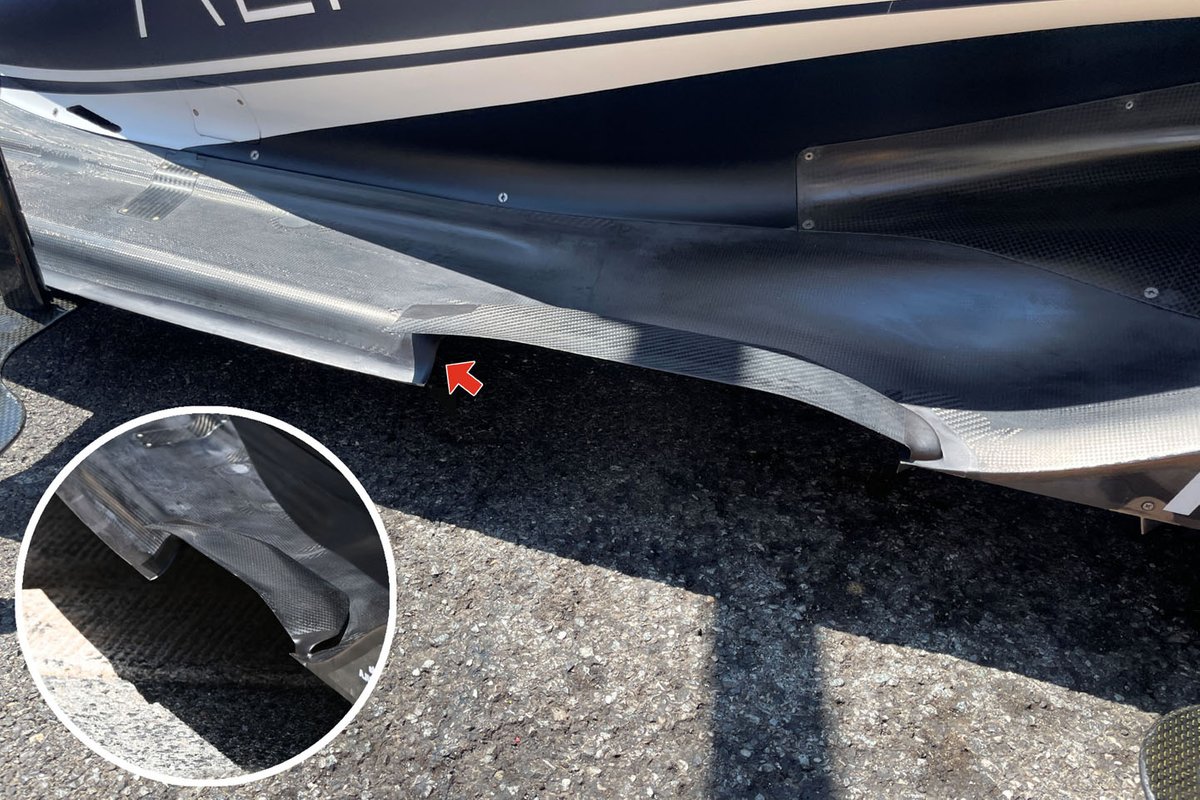 The team also made changes to its floor, with the geometry and position of the fences in the tunnel's entrance altered, whilst the outer fence has been shortened quite significantly.

This is so that both interact with one another more seamlessly and create a stream of vorticity that helps in managing the wake created by the front tyre that can be damaging to aerodynamic performance.

In order that the edge wing can take advantage of the performance enhancements upstream of it, the team has tweaked its design too. A vertical Gurney has been added to the rear section where it is lifted away from the body of the floor (red arrow, old spec inset).

The team believes that this should help to improve the formation of the floor edge vortex and derive more load from the rear of the floor and diffuser as a consequence. 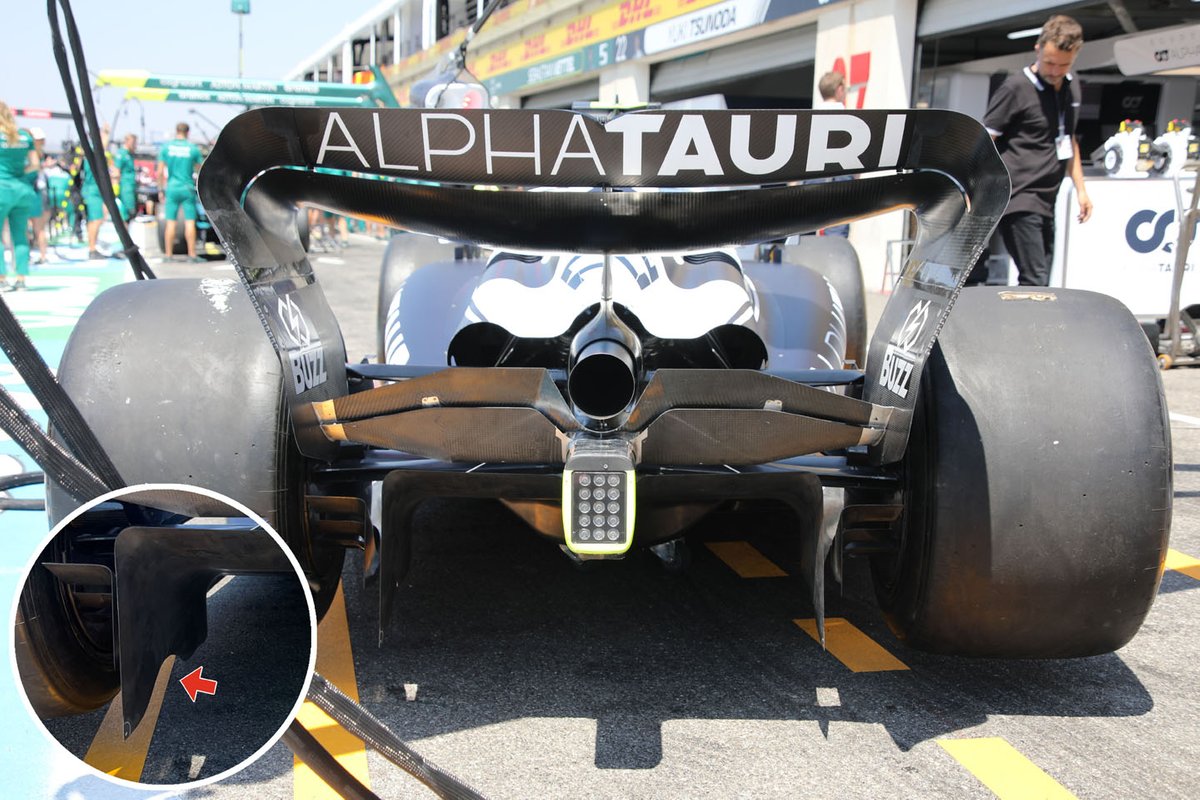 With that vortex powered up and being sent in the diffuser's direction (above), it has also opted to make a change to the design of the diffuser’s sidewall, deleting the mouse house-shaped cutout (inset, red arrow) and running a full-length lower edge.

This, as described by the team, will help the diffuser to maintain more load and take advantage of the improvements in flow from upstream of it.

While the changes had appeared to make the car feel more ‘sharp’ in Friday practice, its pace fell away on Saturday, and both drivers struggled through qualifying and the race. But Paul Ricard's tricky characteristics, with high temperatures at a front-limited venue, could explain why a number of teams were baffled by their fluctuating form over the weekend.

A much better picture of just what AlphaTauri’s upgrade has brought should be delivered at the medium-speed Hungaroring track this weekend.