After the Monaco GP, the Mexican lies only 15 points behind leader Verstappen, and six behind Ferrari's Charles Leclerc.

In his first year with the team in 2021, he slipped into a supporting role for Verstappen's title challenge.

However, this season Perez has shown much stronger form, outqualifying the Dutchman in Saudi Arabia – where he took pole – and again in Monaco. He also qualified less than a tenth behind Verstappen in both Australia and Miami.

The Spanish GP team orders controversy highlighted some tension in the camp over Perez's position, but it was soon followed by the Monaco victory and subsequent confirmation of a two-year contract extension.

Horner insisted the team doesn't care about which of its drivers scoops the title.

"It doesn't matter to us which of the two is world champion," he said. "Of course, the constructors' is enormously important.

"But whether it's Max or Checo, they're both Red Bull drivers, and they've both got the same chance. Of course, it's a long, long season, and it will have its ebbs and flows. But it's great to have both drivers right at the sharp end.

"Checo is in the form of his career, he's doing a great job. And it's not a one-off. I mean, we saw his pole position in Jeddah. And he's really hitting a rich vein of form. So that's fantastic for us. But we need both drivers working the way they are together.

"Because Ferrari had the quicker car, certainly in qualifying, whether it was in the races is unknown, but they are massive opponents, and we've got to work collectively to make sure that we get both drivers ahead of them."

Asked by Autosport if Perez had a point to prove heading into Monaco, Horner said: "He's always enjoyed this track. I remember when he drove for me [in GP2] here, he's always been very strong around this circuit, and particularly the next one in Azerbaijan.

"We discussed obviously immediately following the race in Barcelona, and there was absolutely zero issue.

"He understood very clearly what the picture was, I think he's just in a great space at the moment, his confidence is high, he's driving very well. And the time difference between him and Max is, is much, much closer." 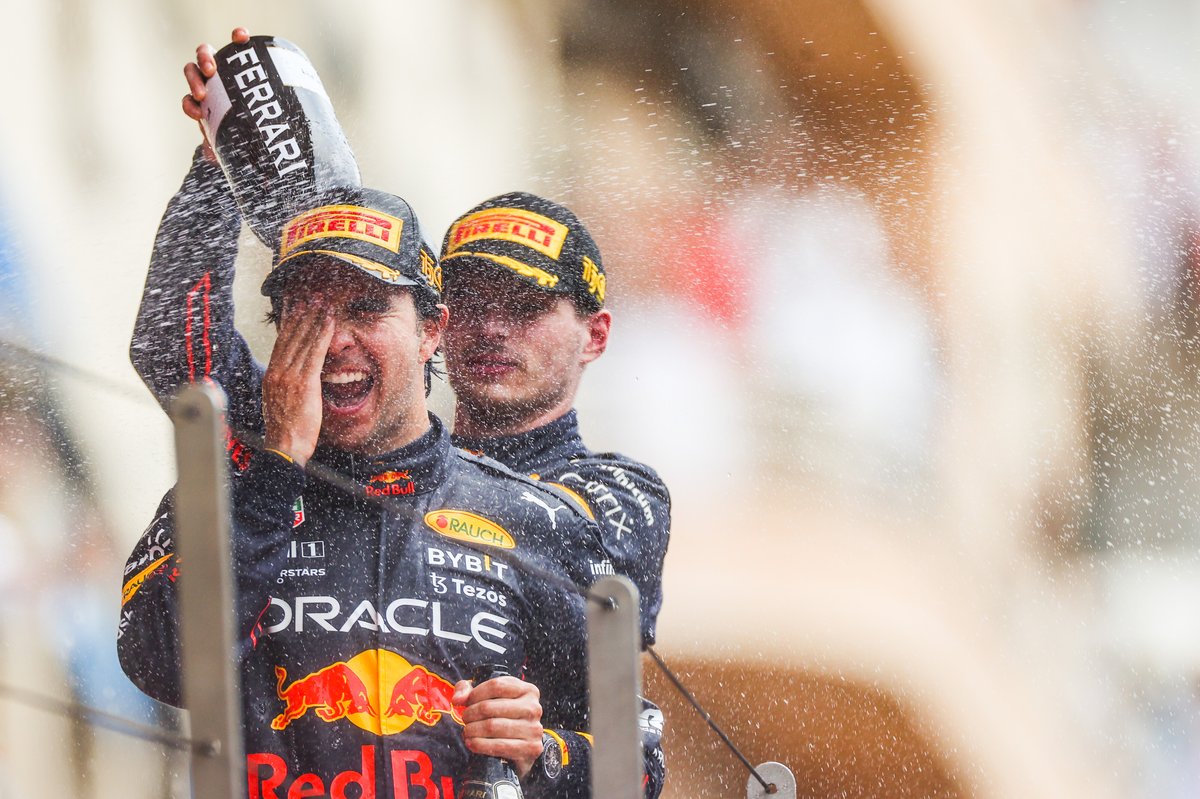 Perez himself said he had no doubts about having the opportunity to fight for wins and the title.

"It's fairly clear," he said. "They didn't need to say it, but it's clear, I think on my side of the garage it's clear and inside the team. Otherwise I wouldn't be here. So it's fairly clear."

Verstappen insisted that his friendly relationship with Perez would not be impacted even if they become embroiled in a title battle.

"Why would that change?," said Verstappen. "We work really well as a team.

"We always try to optimise the car and work for the team, and we can accept when somebody does a good job or does a better job and I think that's very important, because that's how you are respectful to each other.

"And yeah, may the best man win at the end, right?

"We always, of course, trying to do the best we can on the track but we also respect each other a lot and try to score the most possible points every single weekend for the team."