Red Bull could not have envisaged its Formula 1 success in 2022 given the overhaul of the rules and its late shift in development last year, according to Christian Horner.

Max Verstappen swept to his second straight F1 drivers’ championship this year, wrapping up the title with four races to spare en route to a new record of 15 wins in a single season.

After spending the early part of the season neck-and-neck with Ferrari for performance, Red Bull surged clear in the second half of the campaign, failing to win just one of the final 11 races. It ended the year with 17 wins and a new F1 record of 759 points.

Red Bull’s success came despite a late switch to focusing its development on the RB18 car for 2022 amid an intense battle against Mercedes for last year’s championship.

“I think as a team, we got these regulations right,” said Red Bull F1 chief Horner when reflecting on the team’s campaign.

“Considering we were the last team to transition onto them, considering what happened last year, I think our team has done an amazing job in coming out with such a competitive car.”

He added: “If you’d offered us this at the beginning of the season when we really felt we were on the back foot with the biggest regulations change in the last 40 years, I don’t think anybody could have envisaged what’s happened this year on track and off-track.” 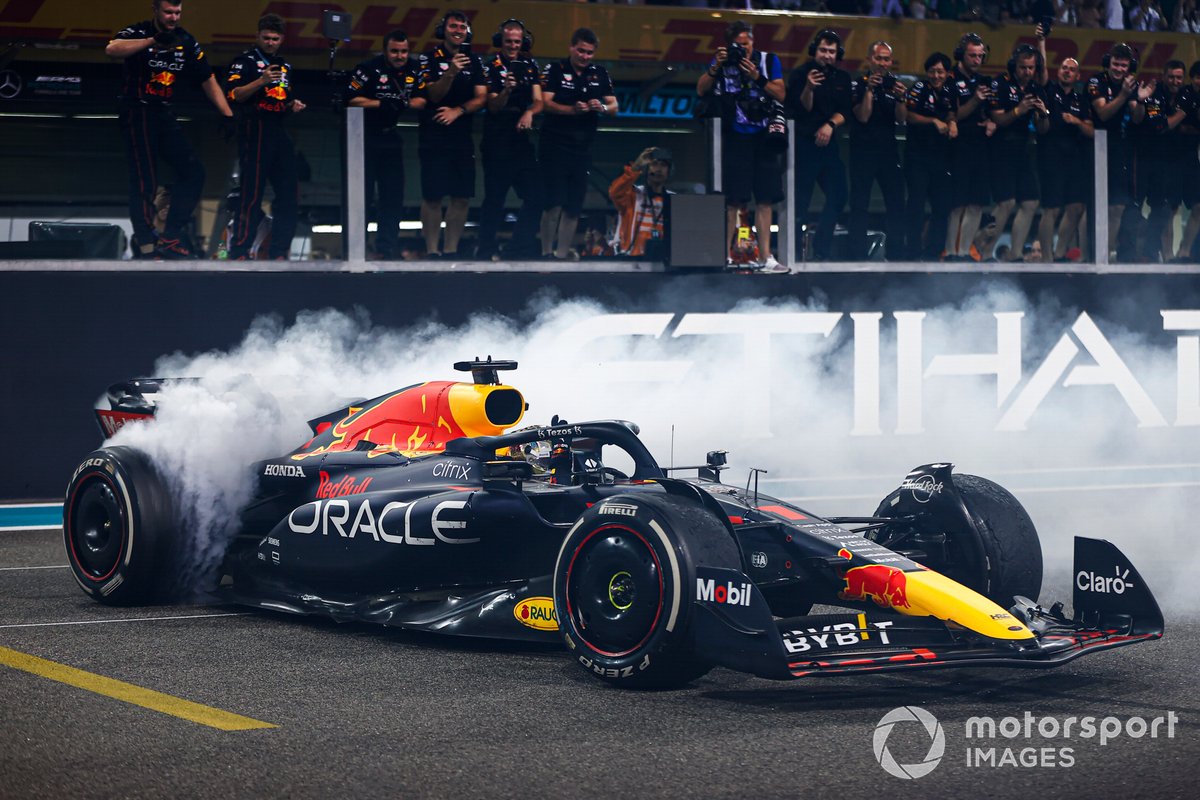 Red Bull’s success through 2022 came amid off-track controversies late in the year, which included the team facing a fine and a sporting penalty for breaching the budget cap in 2021, as well as handling internal tensions over team orders in Brazil.

The team also had to recover from a difficult start to the season where it suffered three car DNFs in the opening three races, including a double retirement at the opening round in Bahrain.

Verstappen hailed Red Bull’s “great team effort” in being instrumental to its success “especially after our tough start to the year.”

“To turn it around like that, I would have never imagined that, like nobody in the team,” said Verstappen.

“But it's been really enjoyable to be part of this team. We have a lot of fun. Of course, we focus on the performance but you also need to really enjoy the moment, appreciate the moment, and I think we definitely did that.

“We will do, but we are already also focusing on next year. You always say you try to do better. I know it's hard to do a lot better than this [year] but you should always try to aim for that."