The Monegasque driver made the most of Ferrari’s strong start to the 2022 campaign as he won two of the opening three grands prix.

However, the combination of a resurgent Red Bull, plus reliability and strategy struggles at Maranello allied to driver errors led to derailing Ferrari’s title hopes.

All of this has been pushed further into the spotlight following Ferrari's announcement on Tuesday that team boss Mattia Binotto would be leaving his post at the end of the year.

Reflecting on the season as he ended up finishing runner-up to world champion Max Verstappen, Leclerc said there was plenty of encouragement to take from the fact that Ferrari had made good progress with the pace of its car.

However, he was mindful that Ferrari needed to look closely at the problems it faced in the middle part of the campaign.

“Obviously, if I take a step back, considering from how far we come from last year, it's an amazing step forward,” he said, speaking before the news of team boss Mattia Binotto’s departure emerged.

“But obviously I cannot ignore our middle part of the season that has been super-frustrating.

“So, all in all, we just need to take all the mistakes that we've done this year and try to improve for next year.

“I think we really did some step forwards in terms of strategy and the way we have been taking decisions recently, in the last few races.

“Unfortunately, it was a bit more difficult to show it because the pace is not as good as the beginning of the season. But I'm confident that, in terms of pace, we will manage to catch Red Bull back next year.” 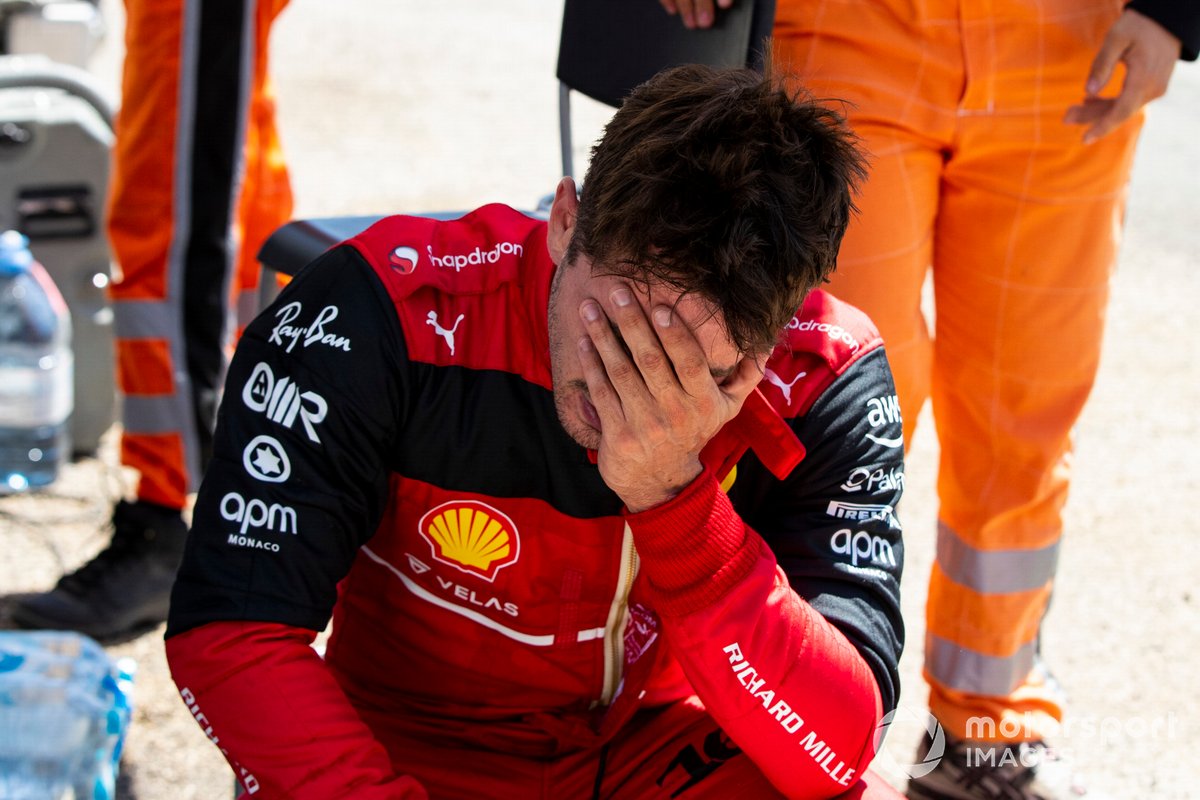 A despondent Charles Leclerc, Ferrari F1-75, after crashing out of the lead at Le Beausset

Leclerc reckoned there were three key areas that Ferrari needed to focus on for next year if it is to make the progress it needs to fight for the championship. These were reliability, strategy and a better understanding of tyre management.

“It’s difficult to rank them but reliability has been a problem at one point of the season, which we paid the price for later on with penalties and other things,” he said.

“Strategy, I think we've done too many mistakes at one point of the season, and tyre management, we haven't been consistent enough at our 100 percent.

“Abu Dhabi was a good race but we also sometimes have very bad races and we don't seem to have the understanding yet of how to have a good tyre management all the time.

“These are the three key aspects in which we are focusing on at the moment.

“I felt like strategy has been definitely a step forward in the last few races, as I was saying before. Difficult to show because we don't have the pace that we had at the beginning of the year but the way we communicate, the way we take decisions is better.

"Of course, there was a few mistakes, but I think we took better decisions coming race day. Tyres, strategy and obviously reliability that we cannot forget are the three things that we'll be focusing on.” 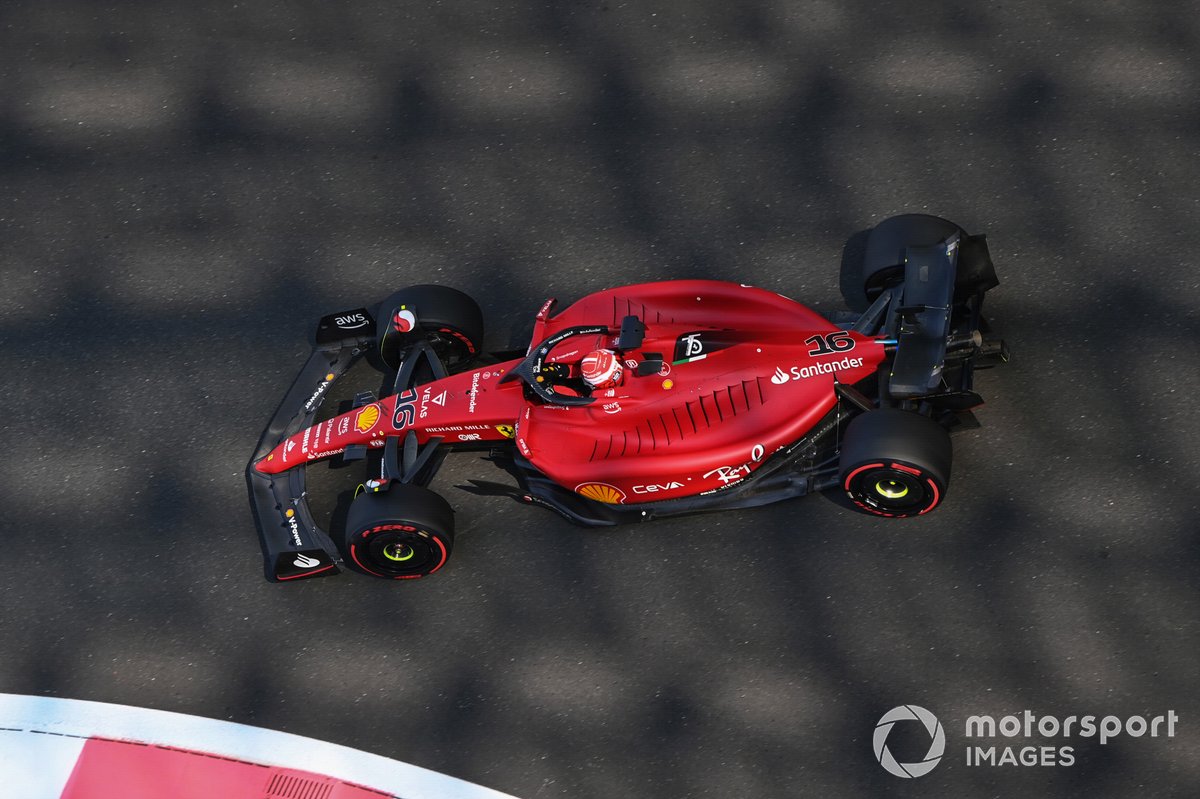 Leclerc also made it clear that he was not free for blame over the personal mistakes that cost him wins this season.

“If anything, I could have pushed less on some occasions, like in France,” he said. “But I think in the first few years, there was always an area in particular where I was focusing on because I knew it was a weak point.

“I think now, it's been quite a few years that I'm in Formula 1 and it's more about getting the details and being at my 100 percent as often as possible.

“This is where I will try to focus on next year, to try and be on my 100 percent. And then I'm confident that whenever I'm at my 100 percent, I am really good.”