Red Bull boss Christian Horner says the decisions made by the FIA around the start procedure of the Formula 1 Monaco Grand Prix should be reviewed.

The start was initially delayed by FIA race director Eduardo Freitas because rain fell on the grid and a heavier downpour was expected.

When it was announced that there would be a formation lap behind the safety car all teams were obliged to fit extreme or full wet tyres.

Tyres have to be fitted five minutes before the start, and some teams were less prepared than others for the late switch, which triggered another delay.

The cars ran for two laps behind the safety car before a torrential downpour led to a red flag before the race had officially started.

Further delays were triggered by rain impacting some of the electrical systems used by F1 and the FIA before it finally got underway.

Teams were also confused by some non-standard messages appearing on the timing screens.

"I think that needs a bit of a review because it was a little chaotic, with tyres coming on the grid, off the grid,” said Horner.

“It's a busy enough grid here, and it's always a little dangerous to try and pre-empt the weather.

“You can argue it both ways. You could say we would have been better starting the race and then reacting to the downpour, and either putting the safety car out or stopping the race, but I think it needs a bit of a review after this weekend." 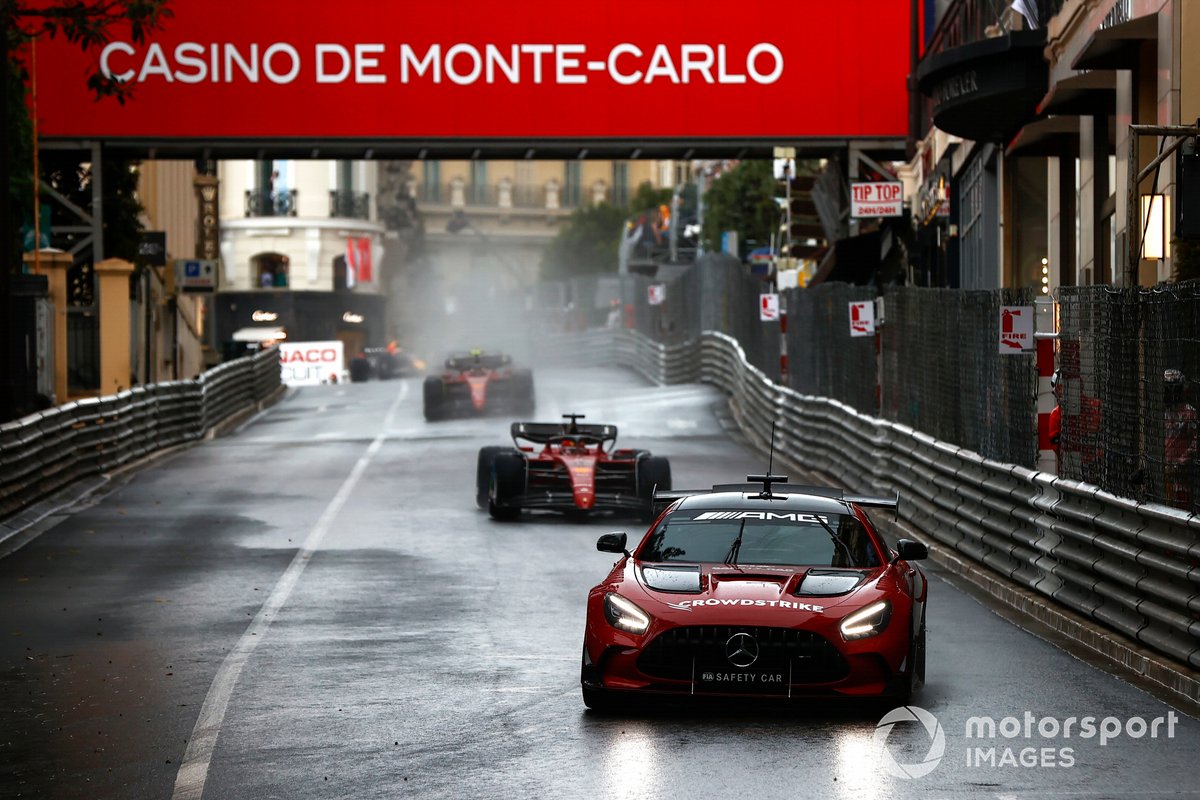 The Safety Car the field on the formation lap

Asked by Autosport about what appeared to be some strange decisions by race control, Ferrari team principal Mattia Binotto highlighted the delay that allowed teams to fit extreme wets came within the mandatory five minute window before the start.

Ferrari was among the teams that managed to fulfil that requirement without the extra delay.

“You call it yourself, strange decisions,” he said. “But I can only say that we were a team that was fully prepared on the grid. We had our extreme wet tyres fitted on the cars on time.

“And I think at the time, we were certainly in a strong position, and good for the team to show that at least we were organised, showing that we've got some great capacity as well.

“And sometimes we are doing the right way to say taking the right decisions, but unfortunate that the race control decided to postpone further the start of the race. Now why is it needed? Not clear to me. I think we should ask them for the reason.”

However, Mercedes team principal Toto Wolff believed that delaying when heavy rain was coming in was the right decision.

“I think the rain at the beginning was torrential, I don't think that you can start the race with thunderstorms moving into Monaco like this,” said Wolff. “So I have no beef at all with the start having been delayed for a few times.

“And you need to give Freitas and the race directors the credit that this was a very difficult race to manage. I would have hoped for an earlier start when it dried up, but I think there was a problem with connectivity to Biggin Hill [F1’s digital HQ]. And that's why they couldn't get it going.

“So overall, the format how it was was more an American football game, so you can go for hotdogs and beer in between. But I think at the beginning there was nothing else that could have been done.” 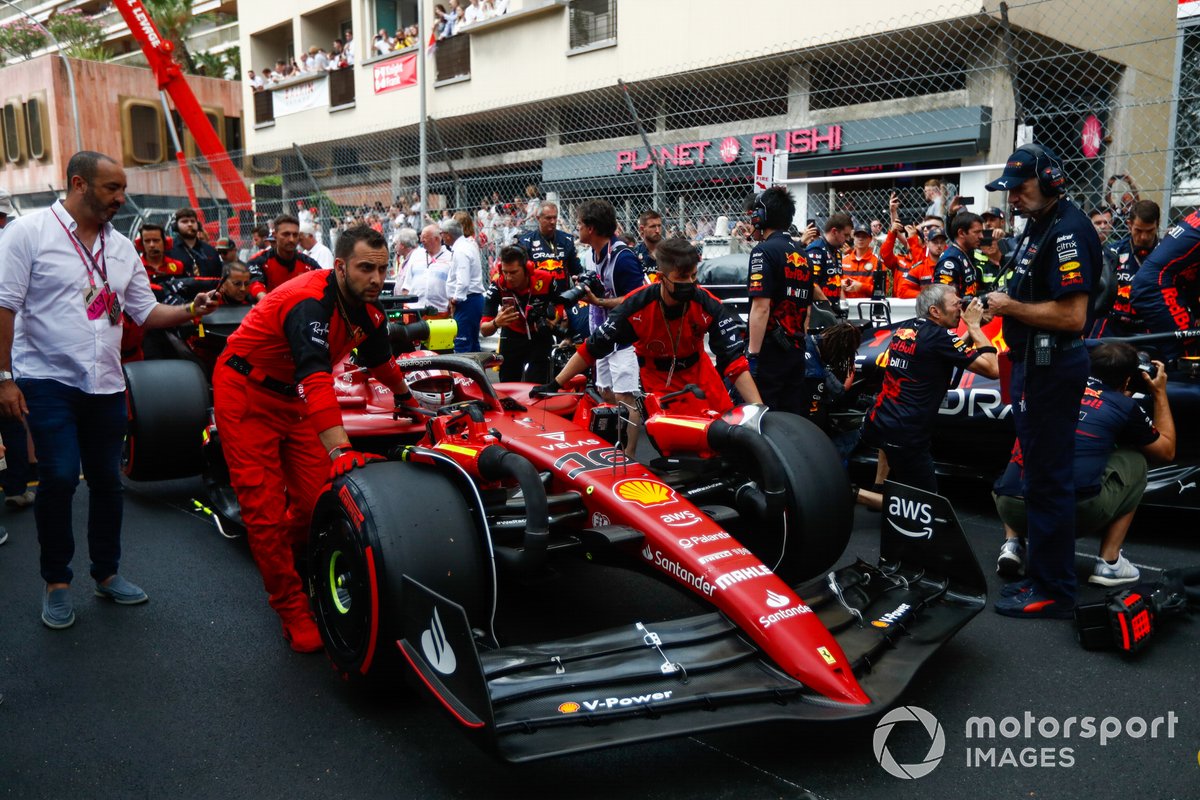 McLaren boss Andreas Seidl supported the decision to delay the start, citing the necessity to reduce the risk of accidents in the budget cap era.

“I would say in the end it was the right thing to do, what the race director has decided,” said Seidl.

“I think there was absolutely no need to start the race knowing how the weather forecast was and to rush it, because there's simply no point ending up in taking a risk ending up in a lot of crashes, especially at this track. So from this point of view everything was done in the right in the right way. Safety first.

“I'm supportive of the decisions that have been made. There's no point knowing how the weather forecast was to take these unnecessary big risks, and under those conditions there was no way to race.

“Cars were aquaplaning all over the place. Visibility was poor. From a team perspective, to be honest as well, knowing how low we all are on parts this year under the cost cap, one of the positives of this race day-to-day as well is that both cars are still in one piece.

“On our side it was clear with the weather forecast also that there was continuous rain predicted, and that's why we simply had to wait until the window is opening again where the rain gets lighter or stops.”